I have seen many complaints about how knights cannot beat archers unless they corner them, and footmen although they’re supposed to be able to, cannot beat them either.

So I decided to make a mod adding a class that’d fulfill that role.
#The Assasin 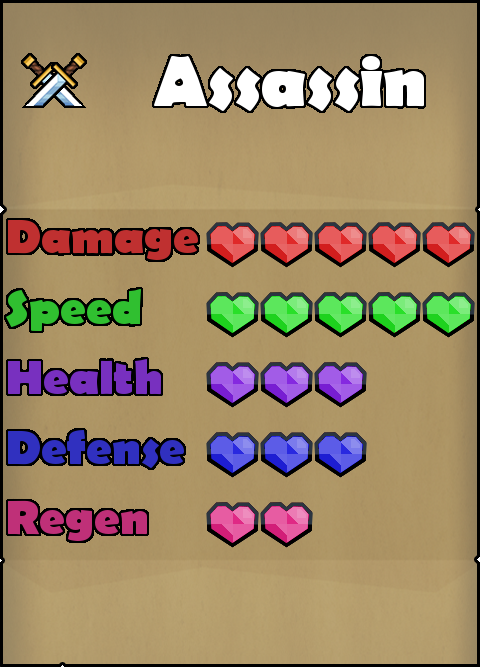 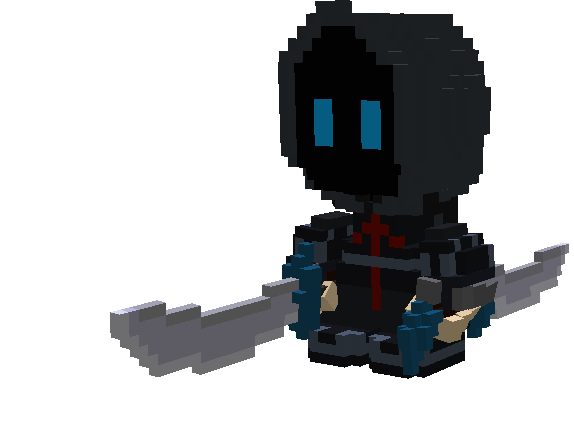 The class will have high attack speed, medium damage, and move very swiftly. Also having health similar to that of Footmen. Will dual wield scimitars and is strictly a damage dealing class.

Has 2 speed up buffs, 2 damage up buffs and 2 attacks.
It’s attacks are Burning Slash and Slowing Stab.

Slowing Stab slows the enemies by 80% with a shorter attack cooldown. 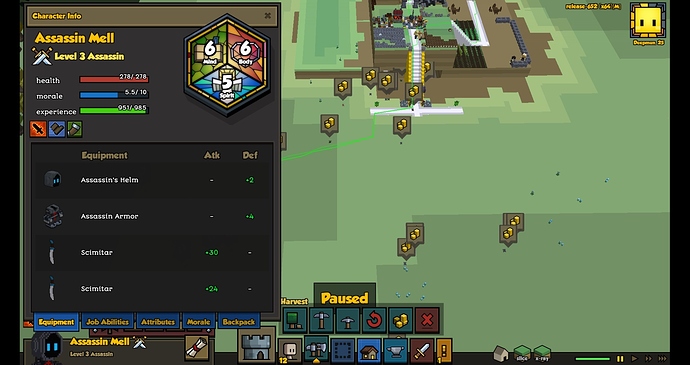 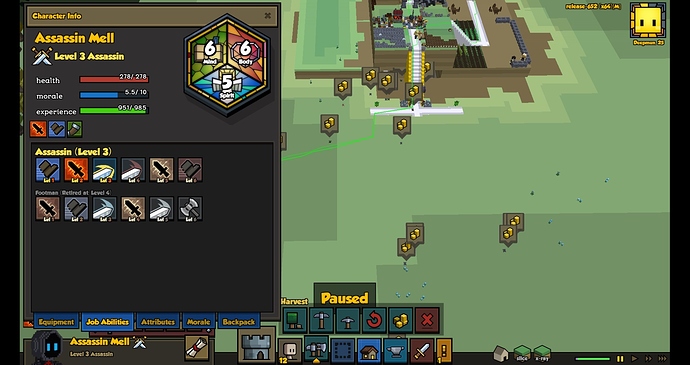 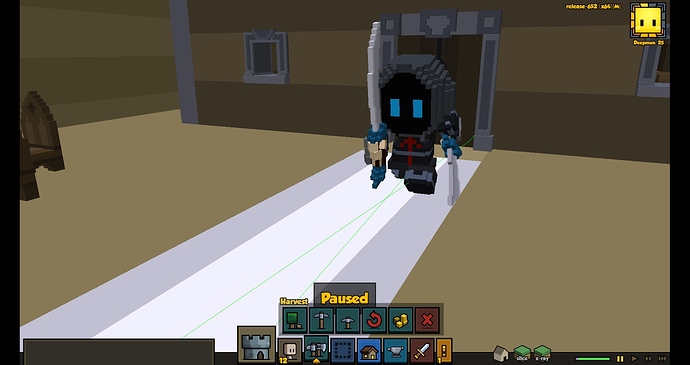 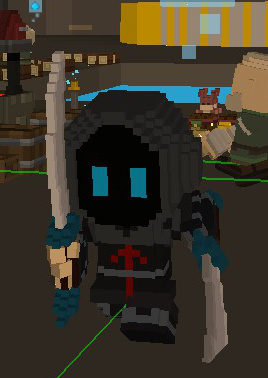 I have the assassin technically in game completely working.

Just changing around a few skills, creating custom icons and it should be open to use.

Oh cool can he sneak?

Currently no, mostly because I don’t know how to handle that. Would he sneak before heading into battle? Would he unsneak when he attacks first? Does that do more damage? Is it worth it enough to do?

Current job buffs I have planned are: 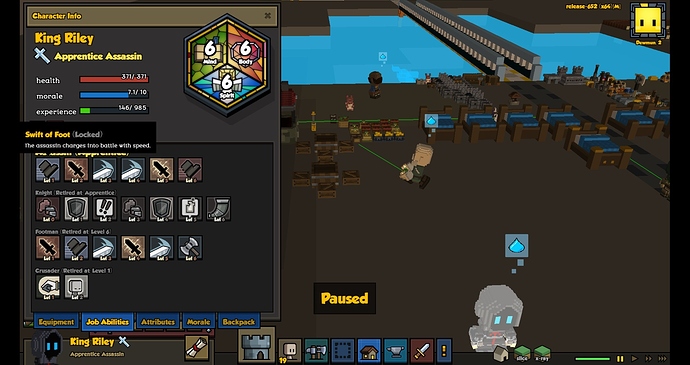 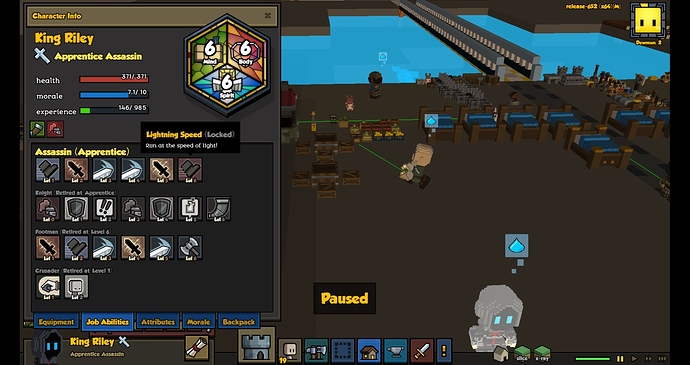 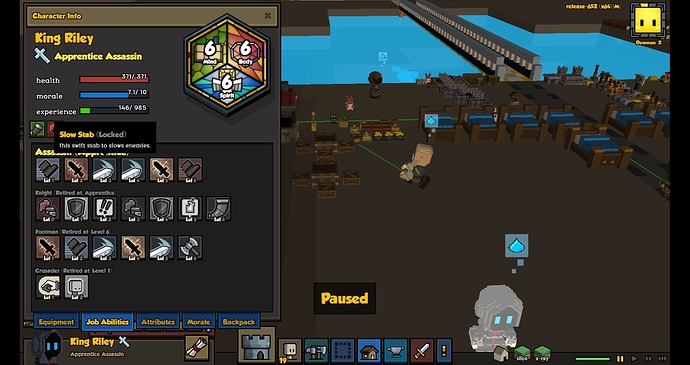 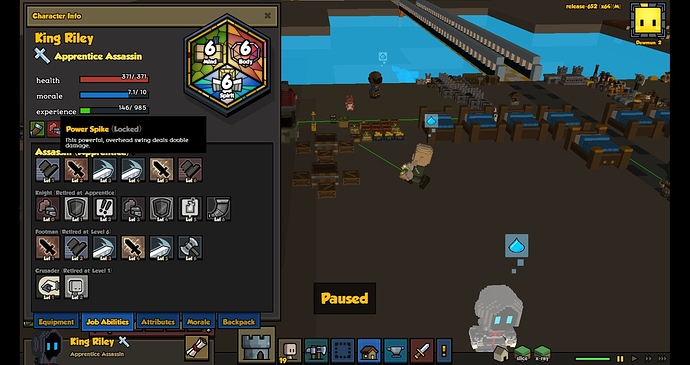 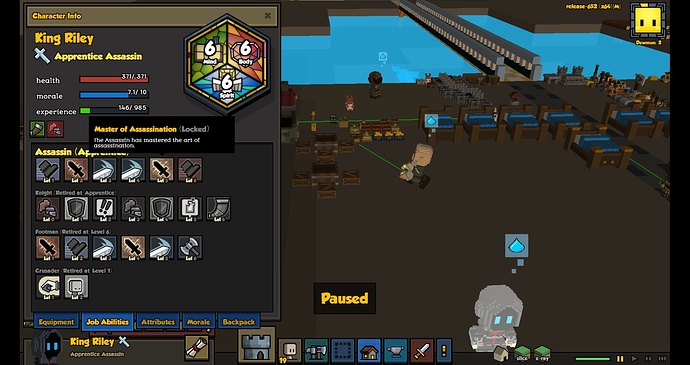 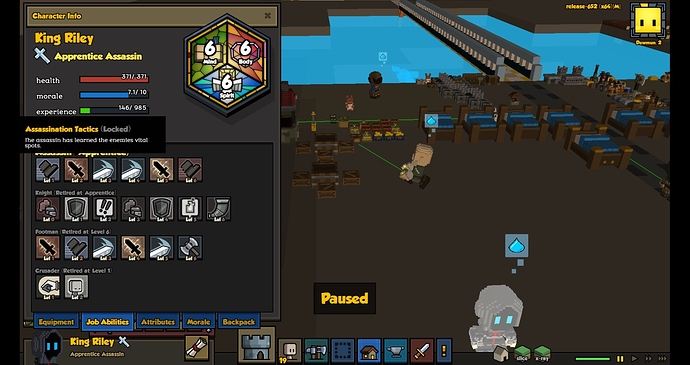 Working on making new icons for a lot of things.

I’m curious if there will be upgraded clothing/armor for the Assassin? kinda sad isn’t anything for the scout class as it is.

The assassin’s outfit is already made with decent armor.

Do you mean additional tiers of armor?

Assassins generally wear light-clothe armor, so I’m not sure what more I could add to make their armor “better”.

I am double checking all the skills, making sure they work.

I might possibility put the first build A18 compatible up tonight.

oooh, love the sounds of this mod! i look forward to using it with my next playthrough

mostly because I don’t know how to handle that.

i personally think that sneaking should “break” when they attack something, so you can sneak past enemy’s if you need to, or you can sneak up to enemy’s and get the first hit gaining that edge in the battle, and stuff like that… but that probably didn’t make any sense

[quote=“Aviex, post:7, topic:25525”]
Assassins generally wear light-clothe armor, so I’m not sure what more I could add to make their armor “better”.
[/quote]

Personally if you have a knight+assassin there’s no need for sneak.

Also the “slowing stab” of the assassin is more of a PARALYZING stab as it completely stops enemies.

So the assassin can run past the tanks while the knight holds aggro and paralyze the archers and kill them 1 by 1.

Not what I imagined when i added the paralyzing stab… but it’s funny.

Okay, the class is ready for release, I am just double checking one thing and that’s it’s 2nd active attack.

Wasn’t working for some reason, so I’m testing on a new game and getting an assassin to the needed level to see if it fixes it.

The class is officially able to be downloaded and used.

The Burning Slash works perfectly. Might tweak some things here and there but the class is ready to be shared!

I actually can’t get this downloaded as an .smod. It’s taking to me the whole list of files. I’ve tried downloading them and making an smod, but that doesn’t work in my game. 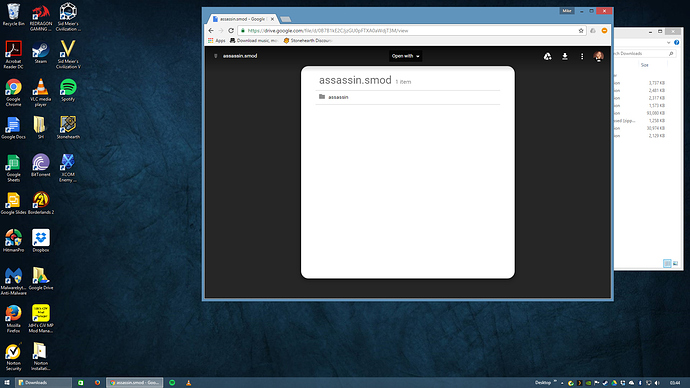 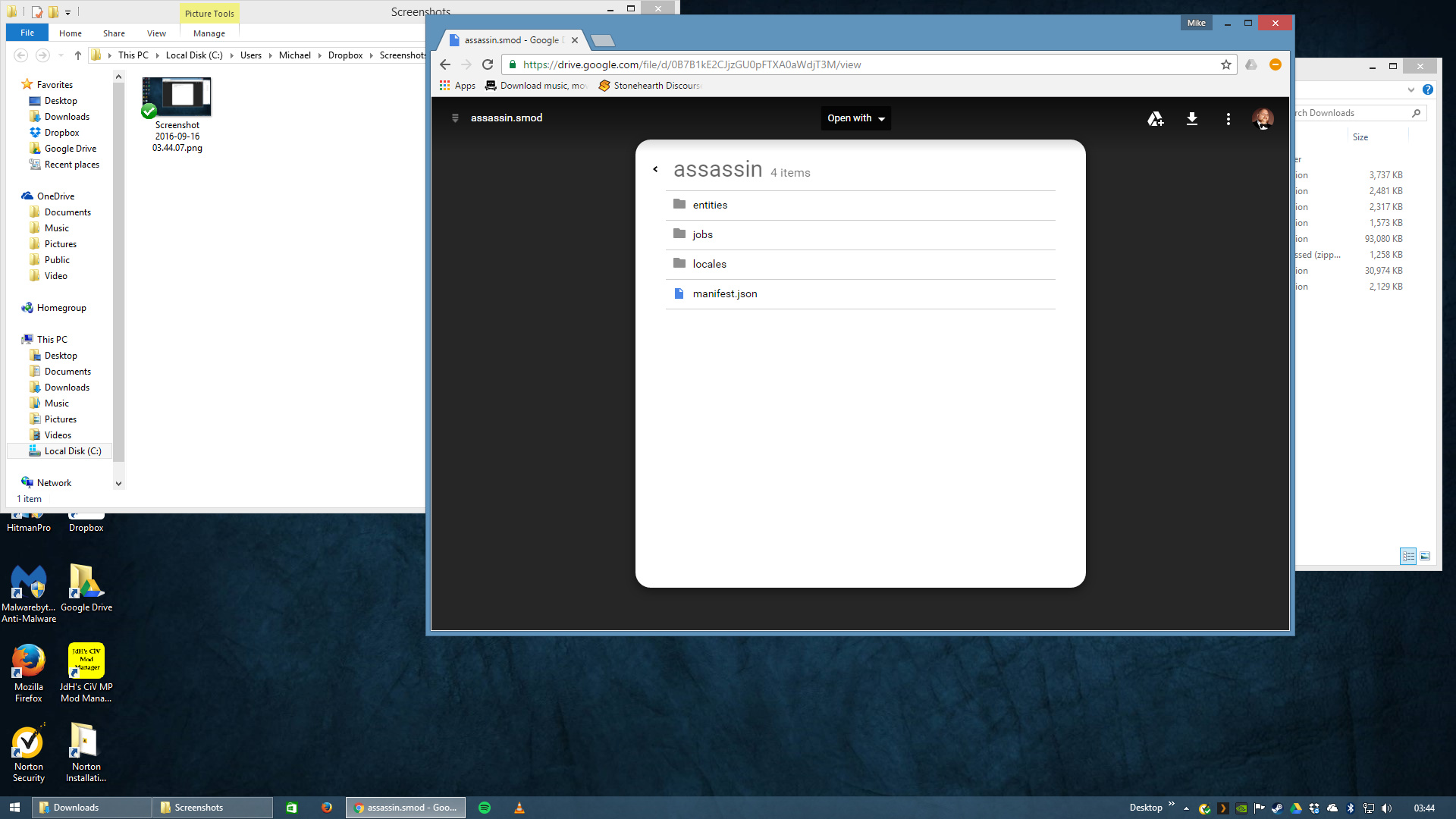 And at best i can get the individual files.

Just hit the Down arrow at the top on the first screen…?

Left side isn’t active. In the middle gives me several options, but they are for apps that unzip or open in code.