Does anyone know if it’s possible to add particle/light effects to weapons?

I’m fairly certain it is, but I am not the right person to ask! Relyss or Wiess would likely be much better to assist with this. 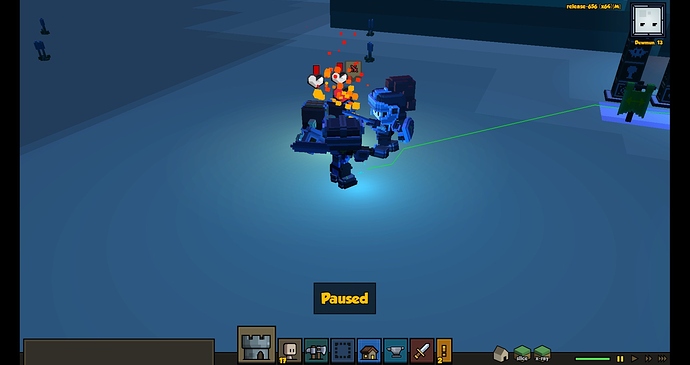 It appears I wasn’t thinking correctly, I forgot the workbench effect is set to only be active at night.

Still not sure why I can’t get a fire effect(the one that appears on burning enemies) to appear on the sword.

I have fixed my own problems…

Here’s a flaming sword.
I gotta move the fire up the z, I wish it could emit along the blade. 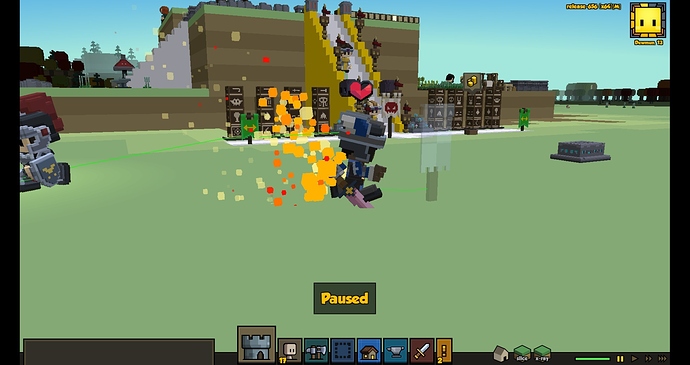 But it appears that when you add this

to a weapon the “chance”: variable of the infection almost doesn’t matter at all?

I’ve set it to 1.0(which should be 100% accurate) and I’ve lowered it by .1 until it was 0.0 and it almost always(read the edit) applied the debuff unless the chance was completely 0. Anyone from TR know if this is if a bug with any of the inflict debuff behavior or if this is only a bug if one is trying to add it to something that isn’t an ability?

Either I’m getting really lucky and beating the odds or 0.1 isn’t a true 10%.

I currently have an ice and fire variants of the two-handed sword in.

If anyone wants to try it out and test it before it’s done reply to this and let me know.

To anyone who’s seen my other mod

I have seen many complaints about how knights cannot beat archers unless they corner them, and footmen although they’re supposed to be able to, cannot beat them either. So I decided to make a mod adding a class that’d fulfill that role. #The Assasin [image] [image] The class will have high attack speed, medium damage, and move very swiftly. Also having health similar to that of Footmen. Will dual wield scimitars and is strictly a damage dealing class. Has 2 speed up buffs, 2 damage up buf…

Yes, you can DOUBLE burn targets. 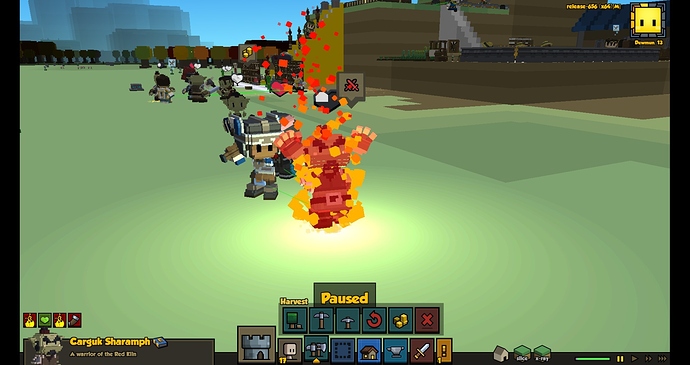 I have released a Test build for the mod, it requires @Froggy’s cookmod for a small necessity in a recipe.

Let me know what you think of the small things I have added now, I will work to make a few more ‘elemental’ variants before expanding the number of weapons that can be enchanted.

Heya Aviex, only problem I’ve found was there isn’t a crafting icon in the “Crafters” easy access UI, other wise all seems to work fine, made the swords, couple footmen armed and are using them. 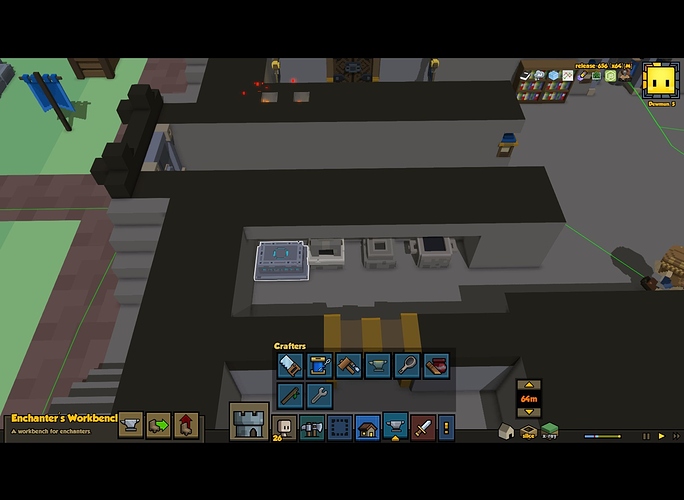 Oh yeah, forgot about that…

I have added it now, the download is updated.

Working on a part of the mod that’ll play a major role in the weapons. 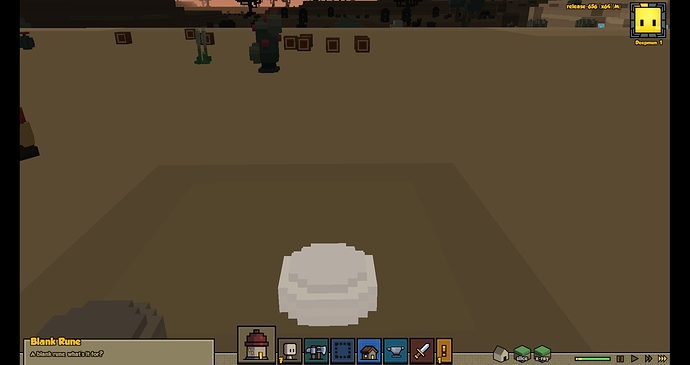 so footmen will prefer ice over fire swords if both are available? why not make it switchable like the archers quiver?

Archers put all the arrows in the same quiver and alternate between which they’re using.

You can’t have the footmen equipping all the swords. Sadly, and they’re a bit more ‘expensive’ than arrow quivers.

I am looking to figure out how to make a separate mod where you can control what gear a unit will use when there’s multiple of the same iLevel(determination to what they use).

Archers put all the arrows in the same quiver and alternate between which they’re using.

I don’t know that, I thought that if you switch quivers they pick it up and drop the old quiver.

I am looking to figure out how to make a separate mod where you can control what gear a unity will use when there’s multiple of the same iLevel(determination to what they use).

Here is the quiver’s functionality. They’re determined to be of accessory type and they have this variable that allows the player to swap between them. I can try to see if that variable will also work on weapons. But I don’t believe it does.

I am also not entirely sure how commands work as I’ve only messed with them once.

Actually I had to double check, but I was correct.
Archers just alternate between arrows they are using not completely swap gear. They always use FIRE quivers which has all the previous quivers in it.

Will you be adding any enchanted weapons for the knight class?

I do plan on adding enchanted weapons first to the BEST weapon for each class(recurve bow for archers, long sword for knights, two handed sword for soldier).

I also plan to add enchanted armors that will do a variety of things, from gradual healing(for say a tankier knight) or damage modifier for stronger archers, idk.

For now, I’m working on the 4-5 ‘elements’/'enchantments to be added in-game, then I’m moving to expand that to all the weapons I mentioned before. Basically the Two Handed sword is just the testing weapon of choice(especially since many people have complaints/suggestions to how footmen should be).

The enchanter is supposed to fulfill that need for… “something to do” once you’ve gotten to “late game” that’s why many of the recipes will require level 6 materials/a large amount(like the molten ingot for the fire sword).

I might even add enchanted weapons that are useable by some… modded classes perhaps. ¯\_(ツ)_/¯

Awesome, as it is I find it silly to work to get the weapons from the enchanter just to end up promoting Footmen to Knight, Crusader or Assassin, by time you have all the stuff for the enchanted two handed, your troops are long past already for promotion.