the working class.png1806×1016 90.7 KB
This mod seeks to add magic and mysticism to Stonehearth on a whole new level! Currently a one man endeavor, (that is, myself.) so releases will take some time to put out. In the mean time, tell me what you guys want! I’m always open to suggestions!

Q: “How do I install this lovely and masterfully crafted mod?”
A: Glad you asked! If you installed Stonehearth on Steam, go to: C:\Program Files (x86)\Steam\steamapps\common\Stonehearth\mods. If you installed it through Humble Bundle, your directory should be located at: C:\Program Files (x86)\Stonehearth\mods. Put the file there, along with the other .smod files, and you should be done!

Q: “Something with your wonderful work of art broke! What do I do?”
A: First of all, don’t panic! It’s only natural that the universe tries to make itself look better by doing so! Next, get a picture of the error that popped up. If you missed it or closed it out, try to reproduce it!

Q: “X/Y/Z didn’t work correctly, but there’s no error that popped up. What do I do?”
A: Again, try to get a picture of it. If you can’t or are unable to, describe the problem in detail and I’ll try to figure it out.

Q: “I have something I want to suggest for the mod!”
A: That’s not a question, but I’ll bite. If you want to suggest something, go ahead and do so! I value your feedback greatly! I’ll take anything related to the mod into consideration, really!

Hey, I’d be glad to help. Your file is currently not accessible. Could you publicly share it?

The link should work now. Let me know if there are any more issues!

Noticing a couple of things.

Fix these and see if it works. Post here with updates, if anything else breaks I’ll take a look.

No dice. It seems I probably broke something with the carpenter files. I’m incredibly tired tonight haha. Thank you for helping out with your fresh pair of eyes. Could it be something to do with the recipe files?

Noticing other stuff. My SH is a little broken (too much fun messing with its guts), so I can’t test right now, but I’ll update as I go along.

In your recipes.json, you’ve got these two lines:

Remove them. You aren’t changing these values, so they don’t need to be overridden.

As a reference, feel free to use this: 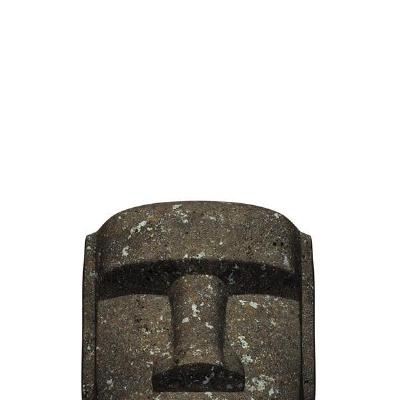 Contribute to panabsorbium development by creating an account on GitHub.

It’s an older armour mod I made, which still works. There’s a big tutorial to go along with it, but I think you already know most of what’s in it.

Still nothing. I’m going to take a look at your armor mod you have. At the very least, it’ll take my mind off of this for a few haha. What else do you think could be causing this problem?

I actually unborked my SH, and I’m testing your mod now. I’ve no idea at the moment, but I’ll keep the thread updated if I find anything.

Huh. So I tried manually adding an instance of the sorcerer’s wand to my Microworld. The game completely exploded, leaving this message as a parting gift:

What software did you use to make the QB files?

Good news!
The problem is all sorted out now!
I noticed a discrepancy between your tutorial and the code you wrote here, and decided to change this:

YES.png800×600 79.3 KB
My first steps into modding! @Moai, you were a seriously awesome help! I honestly don’t think I could have figured it out without you.! Now the real work can begin, haha. Tomorrow, if everything goes well (*And knowing me it probably won’t) I should have version 0.1 out of this mod. For now, though, I’m happy with what I have

Until tomorrow everyone! Thanks again @Moai!

EDIT: As for software, I own Qubicle 2 Home.

Funny story, actually. I just got that same error while trying to craft the wand. Oh well, back to the drawing board again. Tomorrow, that is. I’ve had enough adventures in modding tonight, haha. Night everyone.

I know it’s not as fancy, but consider using StoneVox 3D if your wand continues to explode. It’s what I used to make the armour, and as far as I’m aware, it should still work. Of course, if you’re less lazy than I am, you’ll probably want to sleuth out the issue in Qubicle Constructor, but if you really want to get your mod out there, you can take the shortcut with SV.

Glad to have another hands on modder on board.

Stonehearth does not like compressed qb-files. Make sure to export qb-files uncompressed.
It is a toggable button that show up on the export window in Qubicle1. Not sure where that setting is in Qubicle2.

Stayed up an extra few minutes to try to find the setting, which was under the Preferences menu. Got everything uncompressed and managed to spawn the item properly. Hooray! I don’t have any screenshots as I immediately shut my computer down after that and am now typing this from my bed about to drift off to sleep. @Miturion and @Moai, thank you both for your help tonight. Without y’all, I might have just not done anything. Night!

As a reference, feel free to use this:

That is a great guide you have there.

Howdy there, good folks of the forum! I’ve spent a large chunk of today implementing the base for crafting the Sorcerer’s Wand! (which will end up being a class talisman in and of itself, but for now, just another weapon.) For now it is used by the Footman as just another weapon. Behold!

Galanosium Ore.png730×656 28.4 KB
So, as you can see, I made a new ore! It was bit of a pain, honestly. I had to copy over a file from stonehearth (resources/shared/ore_rock.qb) and change a few paths for it to not be invisible. Fun times! In the future, I’m going to look into making it glow, maybe. Thoughts?

Essence.png759×804 81.4 KB
Here I added the second craftable item (which, with the sorcerer’s wand, is going to be moved to a new class soon) called Galanosium Essence. This is crafted from two Galanosium ores. I accidentally forgot to change the “Smelting” header into something more cool, but whatever. I’ll save that for moving it over to the new class.

Sorcerer Wand.png533×529 66.2 KB
Here, we have the updated Sorcerer’s Wand. Seeing as how it’s a basic magic weapon, it doesn’t cost all that much to craft. I plan for the Battlemage’s Staff to have Two Wood and Three Essence, seeing as how it’s basically two and a half wands put together haha.

Footmanwand.png544×762 22.5 KB
Finally, we see the Footman carrying this wonderful equipment! There are probably some kinks to work out with combat, but I’ll get to those eventually.

Well, that’s it for today’s update, folks! I’ll have the new upload done in a few minutes. Feel free to poke around or see if there’s anything that I missed!

Have a look at the link Relyss posted
If you get stuck, ape the code from my lightsabers mod and change it all up to drop Gadolinium instead

Thanks to you both for the awesome tutorial! I’ll work on adding that in either tonight or tomorrow.

Currently, I’m focusing on adding the Arcanist class to Stonehearth. Which, as it turns out, isn’t too difficult. Stonehearth automatically adds the necessary UI to the jobs menu to show a (really terrible) icon for the Arcanist, and I think the rest of the code is in place to make it workable shortly. Heck if I know, I’m barely a coder haha. I just have to figure out how to get the code to detect the promotion talisman, as right now I think it just sees it as a regular item right now. Is there any obscure .json or .luac that I might have missed? I have the job_helper file adapted to the Arcanist as well.

Secondly, is it terribly hard to set up a git? Might try that so I can push updates semi-automatically and have a central download.

I haven’t dabbled with adding jobs, I’m afraid. I would recommend looking at how some of the other modders managed to implement new classes, but I don’t think there’s a tutorial up for it (yet).

A lot of us here aren’t either! (Though SH-fan-programmer mods are always much more ambitious/interesting)

Keep working at it, looks good so far!