I’M BACK, BABY. Again. But whatever.

I’ve missed you guys! It’s been a long ten months without my shining face, hasn’t it?

Now that my first year of college is over (Woo!) I can finally devote some time to properly posting updates to work and stuff. While I haven’t done much since my last abrupt disappearance, I’ve managed to get a hold of a shiny new copy of the Qubicle Home Edition, with the intent of getting a mod for Stonehearth produced! This game has grown, and with that I realized much of the framework needed to make my vision possible is already in place!

Anyways, I’m excited to present to you…

Gee, wasn’t that buildup worth it?

And now, the moment I’m sure half of you are waiting for, my first addition to this thread! 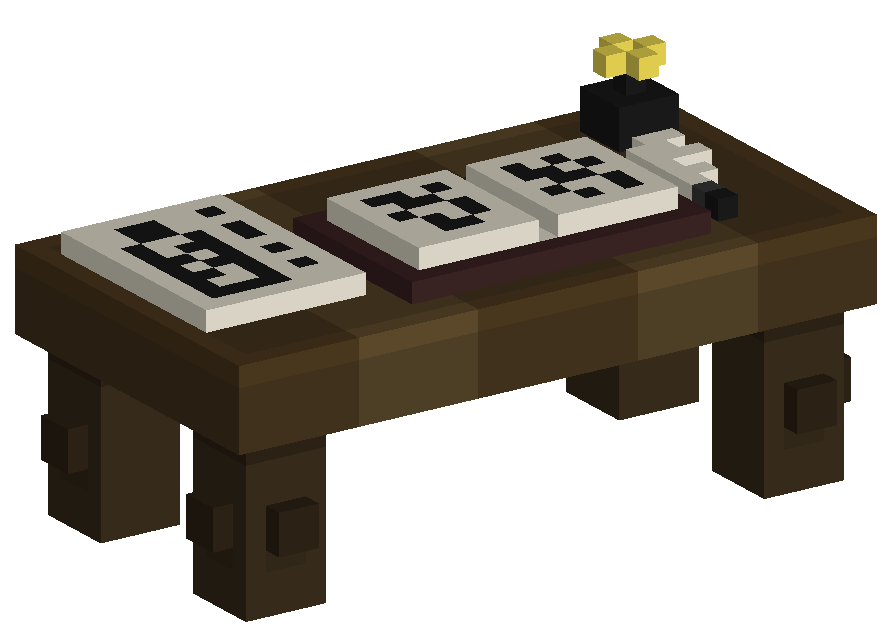 Arcanist Workbench.png893×634 8.87 KB
The Arcanist is (will be) a unit capable of researching the thaumaturgic arts and using them to benefit his or her own civilization. They will be responsible for crafting wands and staffs imbued with magical power, which can be given to a hearthling to turn them into a mage combat unit. But, I digress. When I get farther along in this project I’ll create a separate thread detailing the mod in full, though there are still some kinks to work out.

Let me know what you think of the workbench, and how it can be improved (seriously, I need some CC. And I don’t mean Command and Conquer.)

Awesome! I’m always in favor of research-based classes, especially if they have continuous purpose throughout the game (meaning, not just researching techs and then they have no point).

Well, like I said, aim for long-lasting purpose in the Class. Researching and wand/staff production is already a good start, but once you have your research done and all the necessary magic tools made, the Class isn’t so useful. Granted, that likely wouldn’t happen until the late-game, but I always like having a reason to keep something I already had for so long all the way to the end. Maybe their active studying can produce a selectable buff to certain units or squads, to take a page out of my old Tactician Class Suggestion Post? Normally, I try to avoid directing to my own threads and suggestions, but since the Arcanist sounds like it could function very similar, I thought some of the concepts from that page could help.

If there’s a way in the future to expand workshops with additional items, be ready to get creative! A bookshelf is nice, but also consider some crazier, fancy objects with glowing sigils or moving parts. Make the workshop look fun (and dangerous) to use!

The table model you currently have already looks nice–great job! I can’t decide whether there should always be a book open in the middle (since it’ll seem like some strange tome the Arcanist never seems to be able to finish); perhaps the book should be part of the crafting animation on the unit instead? I’m not too familiar with models and skeletons and whether items/parts can be easily introduced only for certain animations, so maybe this wouldn’t work.

That’s all I can think of for now, but hopefully this gives you some new food for thought! Keep up the great work!

@Atralane Thanks for all of neat suggestions! I’m still trying to work out the kinks in the mod idea haha. Adding different buffs to parties and the like is exactly the kind of stuff I was thinking about doing. If there’s not s direct way to expand workshops in the future I can probably just fudge stuff with the crafting system, though it’s probably too early to tell. Believe me, I plan for this class to have some crazy inventions.
Thanks for the criticism on the table! I agree that having an eternally opened time looks strange to say the least, so I’ll probably do something in blender to fix that. Perhaps open it and flip pages for crafting and otherwise have it closed. We’ll see when the time comes

@Newf That’s really odd. I’m away from my PC at the moment but when I get back to it I can post a link off-site for you. Until then, not entirely sure what I can do to fix the problem. Sorry!

I’m away from my PC at the moment but when I get back to it I can post a link off-site for you.

I am on vacation atm, so it might be the internet.

Spoolicus here with ANOTHER exciting update!

Today I decided to formulate ideas for combat using the Arcanist’s unique magical powers. From that, two different starting weapons were born. I present to you all, the Arcanist’s Staff and Arcanist’s Wand

On the left is the Arcanist’s Staff, and the right the Wand.

Now, while both of these objects are made for combat, they have two different purposes. First, lets start with the staff.

The Arcanist’s Staff promotes the unit into what is know as a “battlemage.” Battlemages fight in melee, using their sturdy staffs like any regular quarterstaff. They can defend by holding the quarterstafgf in front of them with two hands, cast Area of Effect damage using the end with the crystal, and flip the staff around to bash heads in with the pointy end. They can also swing wide occasionally, hitting the enemy in front of it for a large amount of damage. Battlemages are a tankier class, especially when compared to wand users.

The Arcanist’s Wand promotes a unit into a ranged caster, able to deal large amounts of burst damage from a distance away. However, like most ranged units, the caster has a low defense, having to use his or her mobility to save his life. Casters are very much “high-powered glass cannons” with these basic wands.

That’s all for right now, folks! I’ll keep chugging along and keep reporting any progress I make. I do wonder though, should I go ahead and create a modding topic or save that for when I have something substantial in-game? I’m still trying to work out the kings of @voxel_pirate’s blender tool thing, as well as blender itself, so we’ll see how that goes haha. Once again, let me know what you guys think! I want to improve as much as I can, so be sure to give me some constructive criticism! Until next time!

I can see the pictures!!!

@Newf Awesome! Glad to see you say you like it! Say that five times fast.

Now, on to the update! I figured I might as well get a rough schedule going, so from now on Saturdays and Sundays will be a bit of a “sketchbook” on other small things I decide to do. And today is the day that’s going to kick off!

I have been a fan of puzzle and adventure games for much of my life. Tales of Monkey Island, Portal, and more recently The Talos Principle have all captured my attention from childhood and beyond. One series of games eluded me until recently, however: the enchanting world of Myst. For those of you unfamiliar, the original game of Myst takes place across several different Ages, which are contained within lengthy books filled with various symbols. Seeing as I already had a book (as is shown by my first arcanist photo) I adapted it into something of a book from Myst. Behold! 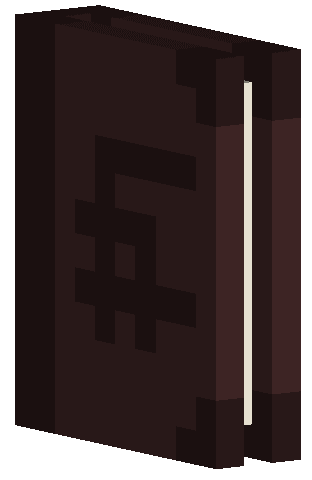 And there you have it! Not entirely sure what age it’s linking to. The only downside is I want to make a Myst mod for Stonehearth now

Well, that’s it for now folks! Tune in tomorrow for another exciting update! As always, leave comments and criticism!

Not really sure what Myst is, but the more mods, the better!

I think he means the myst craft mod for minecraft.

It’s an old game, but it checks out. Considered a classic by some.

Oh, that one. Why was I thinking Mystcraft for Minecraft?

ive only ever played Myst III Exile, but it sure is awesome!

[quote=“Dracorexion, post:12, topic:13375”]
Why was I thinking Mystcraft for Minecraft?
[/quote]because you have no love for older games

Well I’m only 19, so for me Pokemon and other nintendo games were old childhood favorites.

Gah! Beat me to it

Wow. So many replies as I was typing this haha.

Yeah, I think @8BitCrab and I are starting to make it a habit of going on tangents in topics.

… apparently you havent been around long

Well, I mean us specifically, I know you’ve been derailing threads for eons now.

Haha, you guys are fine. Myst has become one of my favorite games ever and seeing it talked about is always nice!

Welcome back to the six o’clock update, I’m your host Fitz Likeaglove. In tonight’s update, we’ll be taking a look at a prototype of a new sword design from the Arcanist. Eventually, miners will be able to find an ore so mysterious it doesn’t have a name yet! Smelting this ore yields a type of metal unknown to any other; this metal is the backbone of the Arcanist’s crafting tree. But for now, all he or she can do is research uses for this metal. For use with the Blacksmith, the Arcanist provides a sword design unlike any other.

beryllium_sword_equipped.png858×290 3.24 KB
As you can see, it’s not anything more than a basic reskin of the wooden practice sword, but it’s merely a prototype. I’ll have a more updated design shortly.

And that’s all for the six o’clock update! This has been Fitz Likeaglove, signing off.

Thanks for reading! As always, if you think there’s something I can prove, or if you have suggestions as to what I should work on next, let me know! Don’t forget to leave comments and criticisms!

i like it! even if it is just a re-skin, it looks very cool