Yeah I was struggling to get the right detail in a smaller design, sometimes its hard to compromise haha. I actually don’t mind its size too much in game but maybe I’ll tinker with the length and width a little more. 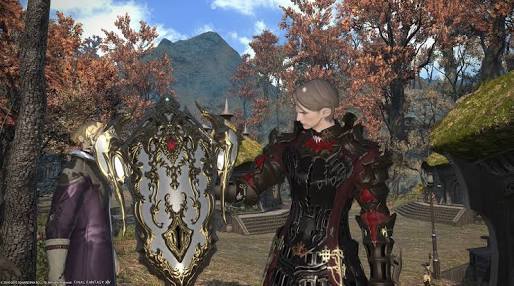 That’s the shield it’s based on. I’ll look at the yellow again and try tone it down, I just used the same yellow from the sword as I want the same “gold” colour.

could you not add some more white, so basicly design it bigger and then have the game just minimize it more? (not sure how it is called but i thought you could choose the size of items ingame)

Hmmm not sure on that one, is that an option in qubicle? I just use a very basic editor called stonevox

http://discourse.stonehearth.net/t/random-amature-voxel-making-post/22094/59
Hey was talking about it.

Geokhan1dI tried teleporting one of the Hearthlings into the bowl of the catapult for a screenshot, but it would not let me. LOL

I just did a little bit of a Google search, I believe the voxel size used for hearthlings, weapons and armor is the smallest size available which I believe is 0.1.

Actually scratch that I’ve found abit more saying there really isn’t a limit and voxels can be rendered in all different sizes… I may just have to do some experimenting.

Anyways I’m just about to head off to sleep so I’ll have a crack at it tomoz, thanks for the info mate

Here is a photo of what I was talking about. Both catapults in this picture are using the same .qb file. I just changed the rendor info in the mod before placing the larger one.

Does this mod work? I downloaded and placed the files in the mods folders but nothing is working. By the way this mod looks insanely awesome.

Sorry for the last response, I’ve had a couple of busy days at work

. Do you set the render size in qubicle? I only use stonevox which doesn’t have any advanced features like that.

Does this mod work?

I haven’t released anything yet as it’s no where near complete, I have 2 working armor sets, 2 weapons and a shield I can put up tomorrow (on my phone at the moment) if you want those.

By the way this mod looks insanely awesome.

Thanks mate! Glad you like how it’s looking so far

Do you set the render size in qubicle? I only use stonevox which doesn’t have any advanced features like that.

No, the rendor info: scale is an option in the xxxxx_ghost.json file (where xxxx is the name of your object) located in the entities folder of your mod. so in my catapult_ghost.json I set it to .35 and it made the big one, .25 and it made the small one

Yes I would definitely use the armor and weapons.

No, the rendor info: scale is an option in the xxxxx_ghost.json file

Ah I see, It seems things like decorations and such use render_info “scale” to set their sizes so I pinched that info and added it to the shield .json and it worked cheers for that. I’ll have to play with the size of it now haha 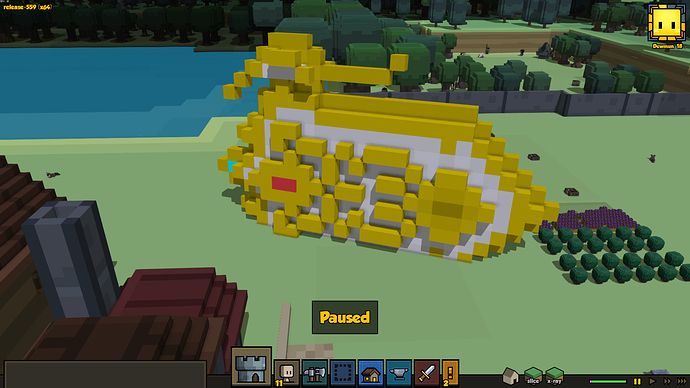 I like the shield design but all the blocks sticking out make it look cluttered.
Why not pull all the white tiles around the design in the center with the yellow?

Yeah it’s a tough shield I chose to work from haha. I’ve tried to simplify the design a bit more and I think I prefer it over the other style. 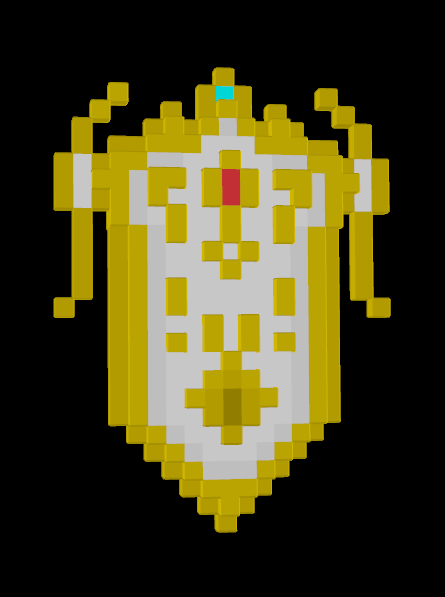 I added shininess to the shield and sword models too so now they reflect light like metal. 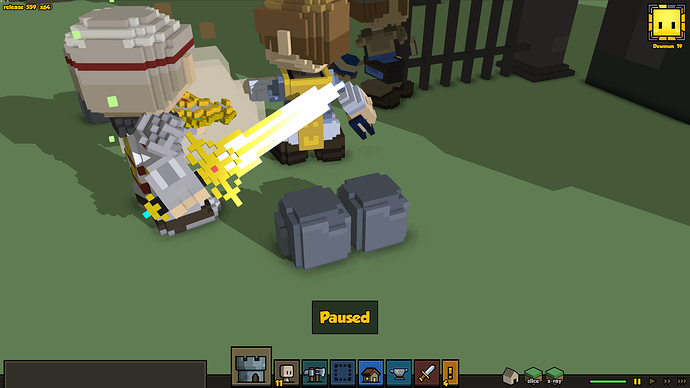 @R34P3R28 As promised here are the files for both the Dark Knight and Paladin, don’t forget this is still a work in progress and still very early stages hopefully you like them anyways

I’ve started on the White Mage now and have created a basic staff, I’m playing around with some effects on it at the moment. 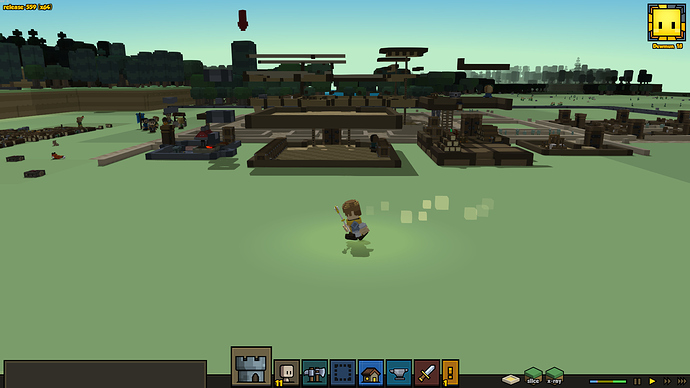 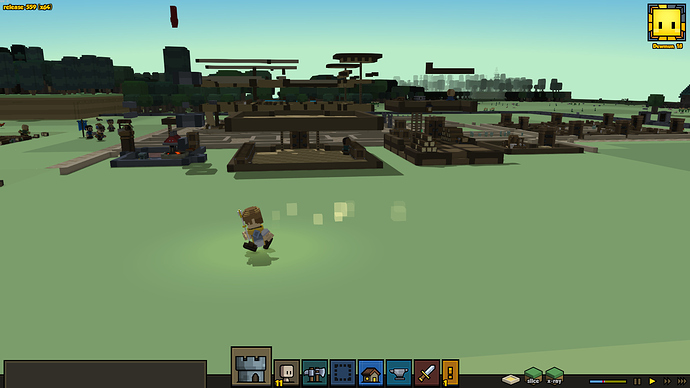 I’ve made a bit of progression on the White Mage armor and weapon and finally got a glow that I like on the top of the staff. I’m still working on a head piece to finish it off. 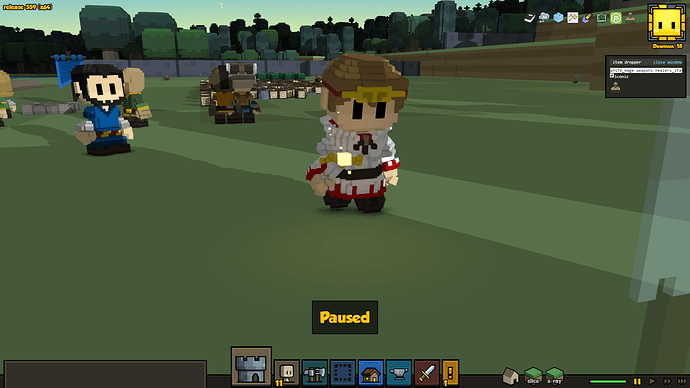 Pretty sure he can wreck any mob out there by himself.

If he can’t then the games cheating!