The beautiful village of Helperlad

I know, I’m lazy in naming… maybe one day I will come up with my own name for a settlement… But this day is not today!

Anyway, with the new stability and savegame compatibility of A15 I figured I give a proper village another try, not just toying around with the build system until it breaks. Additionally I wanted to give all those beautiful blueprints of Stonehearth Builds a go, too, so in this game I only used downloaded blueprints or made designs myself, which I uploaded to the website afterwards.

If a screenshot specifically features some buildings, I will give you the names under which you can find the blueprints on Stonehearth Builds. As for now there is not yet a possibility to see who uploaded a specific blueprint I can’t credit anyone here yet, so if you see some of your buildings mentioned, please let me know! ^^

So without further ado, please enjoy the nice and thriving seaside village:

Fortifications were mainly necessary to one side, so that’s also where the army built their training ground and barracks. (“Wooden tower” and “Palisade gate” by me, “Fortress” by someone else with modifications by me)

The bustling city center! (“Big Dining Hall” on the left, “Rathaus” a.k.a. city hall in front of the storage, “Cathedral overground” with attached graveyard kind of in the middle, “Pfahlbau” on the shore in the back and a “House overground A” just behind the church, all by other people)

The market area. (“Celtic knot town center” in the center and a “Safe Storage Bunker” to the left of it by me, “2 Floor noble City House” by someone else with manually added planters to the right)

Huge farming area, with equally large storage for food and wheat. (with the original “Small Park” in the background on the left)

Enemy forces started attacking more and more from a different angle, so new fortifications had to be built! (“Step tower” by me)

I like the X-Ray view… I can really show you how far you have manipulated the world. ^^

Which reminds me: aside from the publicly accessible fortress on one side of the settlement, there is also a public bunker just in the mountains, with some food storage in case of prolonged attacks…

Finally a nice night time shot. Yes, while my PC usually can handle quite some performance, all these light sources do take their toll on my framerate!

Now I’ll probably head over to Stonehearth Builds again and download all of the newly uploaded templates to throw them in my village somewhere. ^^

First of all: Nice Town you got there

Those blueprints are really great to build a city in no time. With a few touches you can adjust them to fit the style of your settlement.
When I get some freetime this weekend I am also going to upload all of my creations. Maybe you like some of them

A nice, peaceful evening at the town square…

The new forestry (“Lumber Mill (small)” next to the “Big Dining Hall”, both by someone else)

The other end of the town grows steadily! (“Town House 2 Floors w. Tower” in the center of the image, to the left of it my “Blacksmith home”, across the street, next to the fields the “Crafter Haus” by @Pfauenauge)

After some border “incidents” we decided to also build a big tower at the formerly open border. (“Stone Tower” by me)

The old dining halls couldn’t serve all people anymore, so we had to expand! (Customized version of the impressive “Lodewall Tavern” by @MelOzone).

Our improved economy also uses lots of clay by now, so the potter and his big family live in appropriate houses! (Both designs be my, though not yet uploaded, as they had problems being built; I will upload them as soon as I can fix the issues)

…and day (please excuse the marker in the middle):

And for some of the everyday stories…

Our armed forces discovered a strange sect of necromantic foxes… or something?

It was a tough fight, but they return victoriously in the morning, to be taken care of in the barracks.

Lodewall tavern not only offers a great atmosphere to eat your dinner, it also provides guest rooms and a balcony! (Again thanks to @MelOzone for the design)

Wow. Someone actually used my template o_O
Gotta upload more of mine buildings.

Can you tell me, which one? I’d love to adjust the post to reflect this information!

Gotta upload more of mine buildings.

A big motivation of this village, and the thread about it, was to motivate for the Stonehearth Builds. ^^

All of my templates come with “Lodewall” in description. In this case it’s an Inn, but I’ve uploaded a forge, a warehouse and a lumbermill yesterday, as well as some farming stuff.

I just checked the website again after you posted, that you uploaded more of your buildings, and I already assumed that, as now there’s lots of stuff from the “City of Lodewall Construction Guild”.

And with your new round of uploads, I think I’ll have to start a third building wave!

PS: I assume, the small lumber mill is also your creation, after I’ve seen the bigger one…?

Nope, the small one is from another builder.
It would actually help very much if the site could show template creators 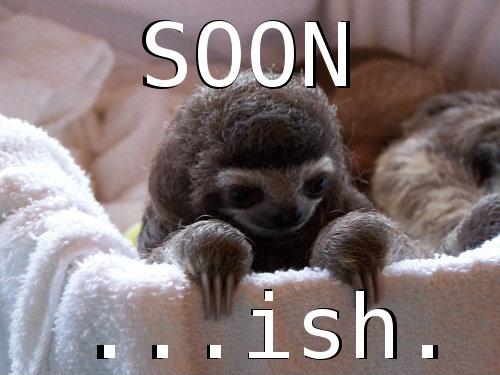 Almost ready. Sorry for the super slow progress guys. I work on it only on free time and there is so many fun games to be played…

No need to worry, we’re all doing it in our free time

PS. Also noticed a trouble in my Inn building. As seen here. It’s a bug that is unfortunately persistent in current SH build: when you rotate a template, roof overhang settings don’t rotate with it. Seems like you rotated my template 180 degrees, so part of the roof got hanging in the air.
The only known workaround is to check overhang settings for every roof part prior to the construction (and change it appropriately if required).

@BrunoSupremo of course, no worries. Just felt like pinging you again about it.

@MelOzone Yes, I figured, there was something off, when they started to work on that part, but by that time it was already too late. ^^ Coincidentally this part of the roof goes over the step in the terrain, so they had to build a rather impressive single column of scaffolding to reach it, start building that little slip of roof in mid air, and finally connecting it to the rest of the house. It was great entertainment for me!

As a matter of fact I documented the building process with a series of screenshots, as I was curious to see, if they could pull it off. I might upload the series soon, too, but I don’t have them on this PC anyway.