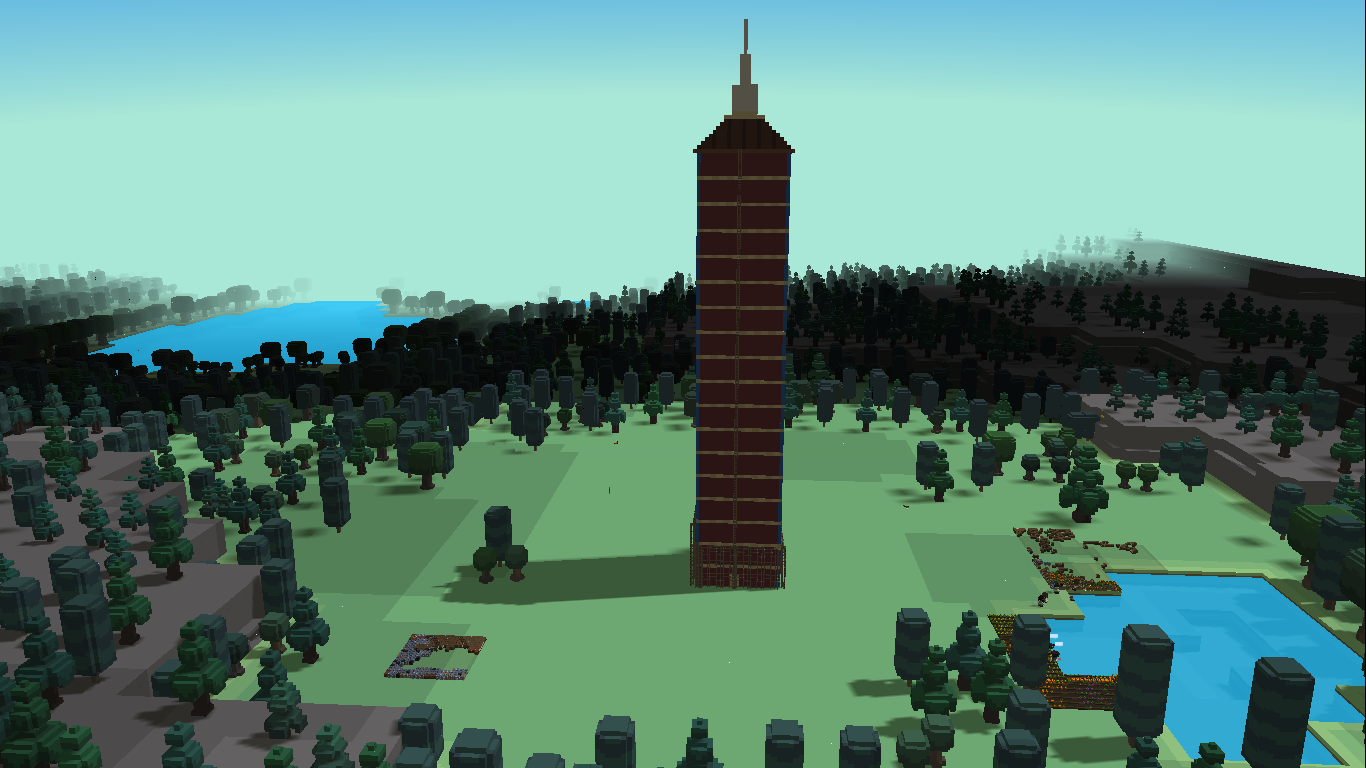 screenshot.png1366×768 235 KB
i made a tall tower and i want to challenge other people to build taller towers
so if some one wants to build a tower with more then 18 levels go a head
jest know (this isn’t a requirement) there are stairs cases that can lead a harthlinks to the top but not to the roof
3 Likes
Possible Skyscraper
Gaddiel April 18, 2017, 2:57pm #2

I recall someone managed to build a tower a while back that managed to break the game engine. I however can’t find the thread and don’t remember exactly how tall that was.

But that’s a nice spire you got going. Did you use IB or just have it go up the old fashion way?

That said, I try to not build tall buildings in practical town builds. 4-5 floor walk ups are the most I like to subject my hearthlings to. On the other hand, it would be nice if there was a certain existing profession with a predisposition to making moving objects that could possibly allow the player to craft elevators? That would make such very tall towers far more feasible and practical in-game.

I recall someone managed to build a tower a while back that managed to break the game engine. I however can’t find the thread and don’t remember exactly how tall that was.

I built one with 20 levels and it crashed the game. Got fixed afterwards. Unlike OP’s tower it wasn’t much to look at, though, just one slim featureless tower that can be built quickly to prove the point.
Edit: And while OP’s tower has 18 levels it’s bigger than my old one with all that rooftop stuff.

I want to build a whole city in a tower now.

I’ve considered it (or at least really big apartment complex type buildings), but they need to implement a slice tool that works on buildings first. Otherwise it’s too hard to traverse. You end up almost completely incapable of interacting with anything on the lower levels towards the core.

You’re going to share pictures of that when you’re done right?

Though to be fair, i don’t think he furnished the inside and made it accesible

i guess this is sortof related.

has no answers just more questions

Yup! Just got to get it done first. I’m doing it in a normal mode world right now in the archipelago mod so it took a bit of prep time but I’m just about ready to begin the tower in earnest.