My hearthlings of Greystead just built this beast all by themselves, just one reload, and no errors or glitches - 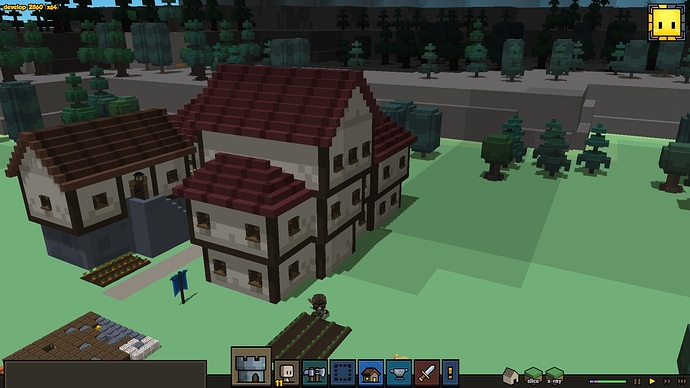 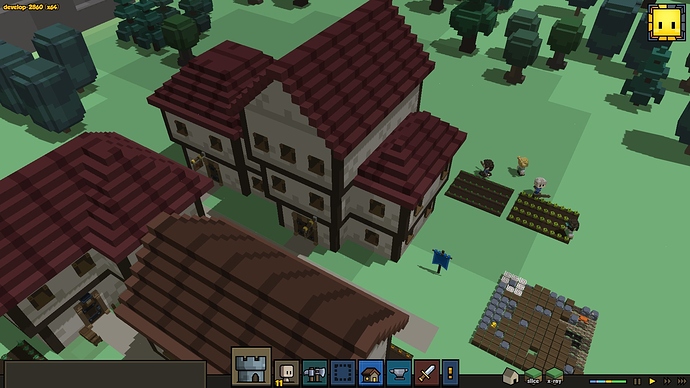 with two fully functioning staircases, eight beds which include two on the third floor as a sort of ‘expensive’ lodging, a spacious tavern with a fire pit in the middle, and lots of space on the first floor for eating and relaxing. The interior isn’t finished, and it won’t be until I get a cook (who will operate out of the tavern - the left-most part of the building in the first picture) so I know just how many things I can fit.

It took them about five in-game days to build, about a hundred logs (most of that seemed to go towards excessive scaffolding and ladders), and about 15 stone for the roof. It was perhaps a little bit ambitious of a project with 9 citizens, and the most recent building being an herbalist. However, both safety and shelter rocketed up to 9.4 and 9.5 respectively.

The only hiccup was that scaffolding that had been constructed through the right and left wing off of the three-story part was not taken down, so I had to use console to destroy it. If I’m saying anything, however, it’s that I absolutely love the performance and construction improvements made in Alpha 15. This would have probably been nigh-impossible in A14 and extremely more so in previous alphas without a whole lot more effort.

Keep up the great work! I cannot wait to see how much better A15 gets! (also love how we can now see the Archer class in the promotions menu, and the cleric as an upgrade to the Herbalist)