Hi guys. Over the next couple of weeks I’m going to focus on adding as many new craftable items to the game as possible for the Carpenter and Weaver classes.

If you have ideas on items you would like to see in the game, please post them in this thread!

Here are the rules

Perhaps something like a cabinet or closet for the carpenter so that citizens can store some personal effects in their houses. Well, eventually. In the meantime it could just be a decorative item.

I would stay and think of more, but it’s 3:31am here and I’m crazy to still be up to begin with.

Weaver
Finely Woven Tunic -
This light and stylish tunic is sure to bring happiness to all who wear it.
slight speed buff, and extra happiness. also adds to town value

Carpenter
Fire Spit-
This spit roasts meat evenly
value and happiness after spit is used with meat and such?

Weaver
Heavy Wool Vest-
It’s so warm and fluffy!
buff to happiness with a debuff to speed.

carpenter
Wooden Dagger-
I guess it’s a little pointy…
a passive buff to worker damage if they get it.

For one, maybe the carpenter the ability to craft more saws (or maybe that would require stone or something.)

I like Phagocytosis’ idea about decorative items that could have future uses. We already have tables and chairs, why not give the Carpenter the ability to make padded chairs with wool resources as well as maybe tablecloths? I don’t know. I’m sure it can be implemented.

Padded Chair -
This comfy chair allows for eaten food to be at least 35% more enjoyable!

As for specifically Weaver items, maybe a trapper outfit and/or alternate footmen outfits, which may or may not work with the system seeing as how there’s only the example of one?

Light Woodsman Garb -
Woven specifically with stealth in mind, this tunic helps make traps 10% more enticing! (I’m sure I could rattle off technobabble about how animals won’t be able to see the Trapper put the traps down and thus makes them more likely to get trapped by them, but I won’t :P)

Fleet Fighter’s Garments -
Wearing this can make the footman 10% faster with attacks and speed, but with a 15% reduction to power!

Heavy Handed Hand-Me-Downs
This inefficient garb makes the footman 10% slower to attack and run, but gives them a 15% increase to power!

That’s all I have for now.

Mine are pretty simple and I think they are fairly self explanatory.

let’s just toss out a variety of woven goods, and see which stick!

on a related note, I believe @Tom mentioned dyes on a few occasions… so, yeah… something to enable this for the weaver would be neat!

all wooden goods, courtesy of the carpenter:

Wooden Statue
Not the prettiest, but at least it’s cheap.
The carpenter could make a nice wooden centerpiece for your town. It would basically be just a wooden replica of one of your villagers, or any creature you encountered. This way, if the player survived a titan raid, they could build a statue to commemorate it. It would of course have a stone counterpart, and boost town net worth and happiness, as the villagers would have both something to be proud of their village for, as well as a social meeting place.

Wool Collar
Because everybody needs a friend.
This could be used to tame animals and of course would be made using wool and the weaver.

Lamp Post
It may not be brighter than a lamp, but at least it looks nicer.
The lamp post could be created by the carpenter with a lamp and a log or two. It would function like a normal ground lamp but it could be placed by paths to look nice.

I know this isn’t an item request, but I would really like if you could create an alpaca, even as a rare creature.

Carpenter:
Wooden Armor
4 wood
This Armor is made to withstand multiple hits from a sword, 10% weaker but 5% more Willpower
----footmen
Wooden Helmet
3 wood
Watch out for the downward slash, 5% less Compassion but 10% more Stamina
----footmen
Wooden Shoes
2 wood, 2 fiber
not very comfy since the carpenter just stuffs it in there no sweat, 4% less diligent but 2% faster
----can have anyone if you want

Shelves would be pretty nice to see, or a decorative wall-mounted tool rack (ex., pair of hoes for a farmer’s residence. Seeing how items like ladders and lanterns seem to be integrating with building walls fairly well so far, I think other vertical-based décor could flesh out the craftables list without too much hassle.

Also, wooden signs (which could later display messages, hopefully?) would be pretty fun to work with. They could be either wall-mounted, like a store sign, or free-standing on a post.

And I know there hasn’t been much work with stone crafting and terrain yet, but I really look forward to the ability to craft roads and walkways, even if they have no gameplay value for a while. Maybe there’s a way to get a dirt road instead, in the meantime?

I like this thread. Some good ideas as well. Right now I’m wishing I had actually spent the last year becoming proficient in Qubicle Creator - never mind, I’ll illustrate my suggestions through google and dance.

Shabby Desk (Though you could just have a normal desk) - Decoration, though could have some use at some point - ‘For the Studious settler, watch out for splinters’

Wooden Torch - Decoration/ Utility - can either be placed in the world or carried by settlers - ‘Portable light, now stop being afraid of the dark.’

Fruit Bowl/Basket - Decoration/ Utility - can have fruits placed into it to act as storage? - Your standard fruit bowl, just add berries.

Trellis - Decoration/ Utility - This could be used either as a type of fence e.g:

Or placed on buildings, similar to ladders:

Or could even be used in farming, this would be for certain plants: 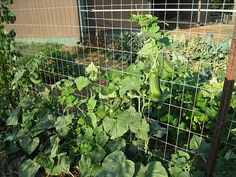 Rug - Decoration - A simple rug. What were you expecting?

I’m struggling with ideas for the weaver … also @sdee is a million times more proficient at writing those witty little item descriptions. I’ll be sure to add anything else if I think of it. Some good suggestions in the thread!

It’d basically do the same as @Dwalus and @SteveAdamo suggested, but look much more glorious.

It could possibly provide a happiness buff to your people… and look pretty. I think we all know @SteveAdamo wants to cover the mountains in flower pots.

Again, this could provide a happiness buff, but have less of an effect than the large potted plant. Also, this one is for @Geoffers747, who I know wants to put these outside every house he builds.

Thatch Hat
(I can’t think of anything to go here, sorry.)
4 silk weed

It would buff the farmer so that he works faster?

Good point. Still though… a hammer would kinda work?

It could also be temporary until the correct class is released…

Fantastic! I actually meant to make a suggestion of cooking the meat that you can now find so plentifully with your trapper. It seems sad if your villagers only ever get to eat raw meat. Especially if they already have fire—I was going to suggest some use of the firepit you start with, but a specific item for this might be better, then the firepit could remain in use as a nighttime comfort.

This is also a good idea in my mind. I like the method used in Dwarf Fortress, where the dwarves themselves decide what sort of thing to immortalize with such things, and often times it will be a figure of recognizable importance to the player (e.g. the titan that just attacked, as @Dwalus suggested; it’s nicer if that happens without the player having asked for that explicitly). Other times, it may be a bit weird and random, but that’s cool too. (Of course, it would be more difficult/more work to implement this sort of thing in a fully graphical game.)

I know this isn’t an item request, but I would really like if you could create an alpaca, even as a rare creature.

Actually, that’s a good point, it would be nice to add in some animals to serve as sources for wool as well as just plants. To this end, the sheep that was designed earlier could also be brought back. I wonder if these animals would be too big for the trapper to catch, though?

The item must work using our existing tech.

so I’m not sure if this is the sort of thing @Tom was looking for, unfortunately. Although it might not be such a stretch, because animals are already in, the sheep at least was already designed at some point, and harvesting from animals generally is already in.

I really like this, as well. This could go along with new gameplay involving the dark of night (perhaps citizens are sometimes scared of the dark, or more likely to be scared of other things—they already run away from goblins sometimes, maybe they could do so more readily at night, perhaps unless they carry a torch).

I would build some of those. Gets my vote.

Also how about a rocket ship?

Wooden cages; perhaps they need to be built before the trapper can use them?

Wood Gibbits-
These outta teach those goblins to stay away…

goblins don’t come within view sight of a filled gibbet.

Wood Gibbits-
These outta teach those goblins to stay away…