Some minor and major issues I found

As per suggested Moved

Stock, item and loot not being picked up, here is the pic with a few new ones. Again this happen pretty fast in the game (about an 1 hour to 2 hours, random) but reloading fixes temporally till it happens again. 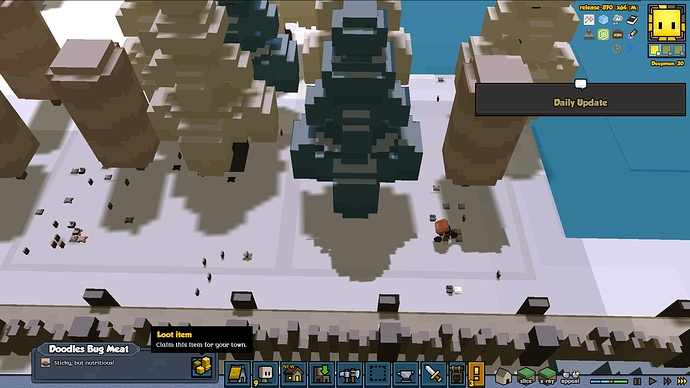 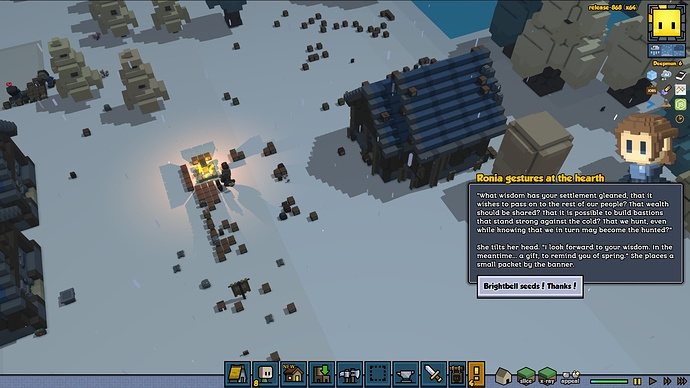 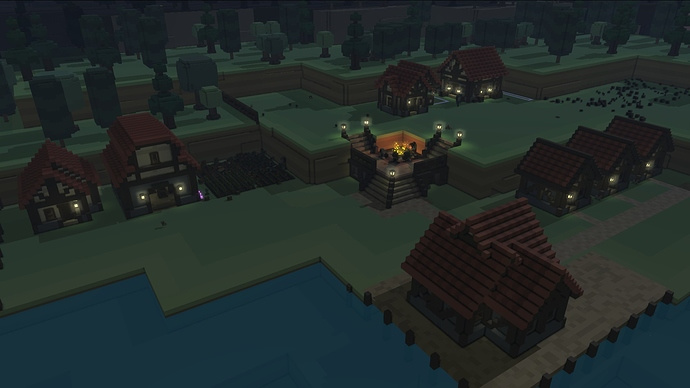 warehouse (crates and chest) in corner, still items just sitting there, and hearths they sitting at camp 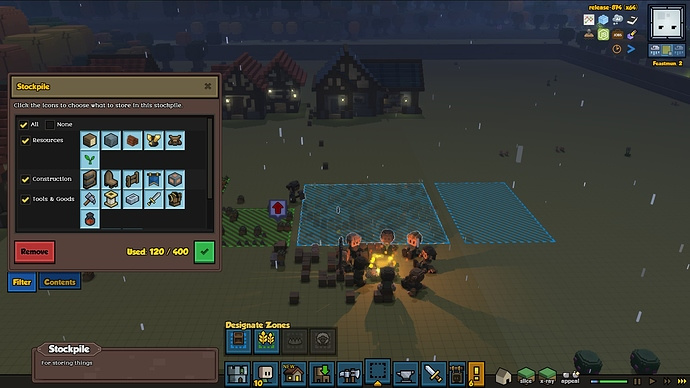 same deal, even showing stock area accepts all items, but hearths just sitting there
Something else i noticed with season and to mob camps Everything else gets covered/affect by weather and seasons but these 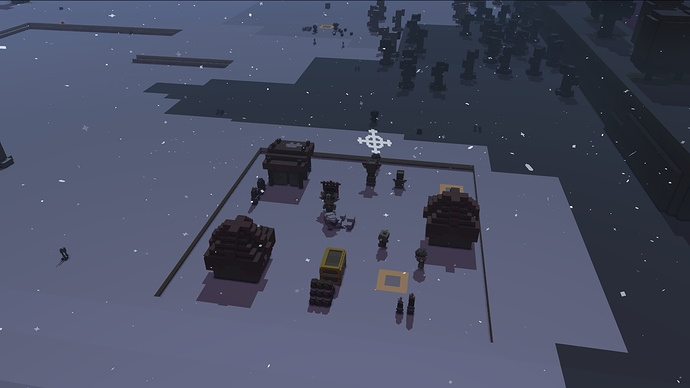 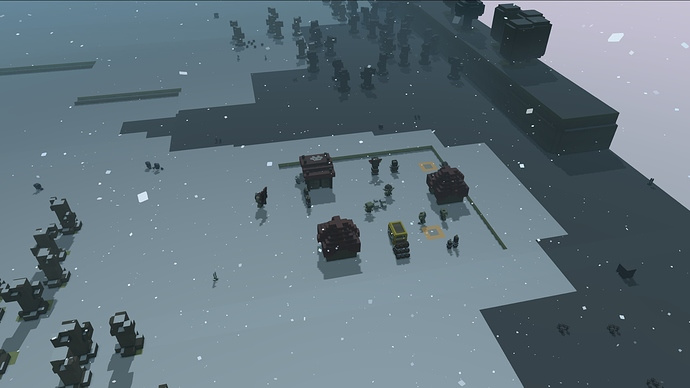 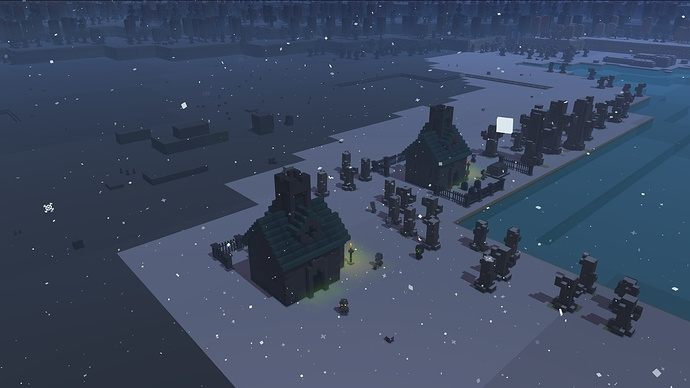 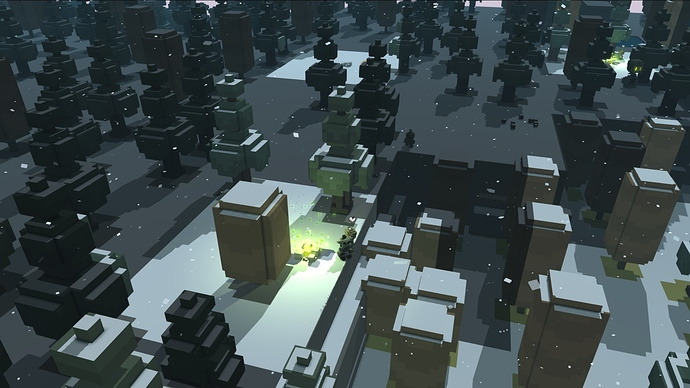 Firepit doesn’t get affected either

Can also confirm the inventory issues. Reloading makes em hop to and get to work storing stuff, but they’re all eventually drawn back to the comfort of the hearth.

@max99x this is the issue, im getting in builder. can not paint certain areas or place blocks on roofs. So to show this issue i painted what i could on a roof where it would let me. Also showing a blocking floating, so it you can see it blocking the placement with a invisible area 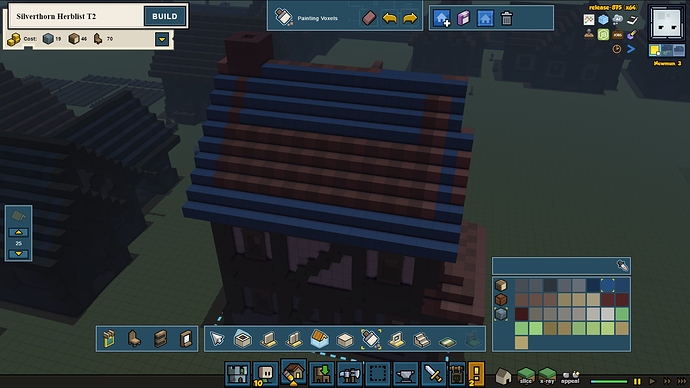 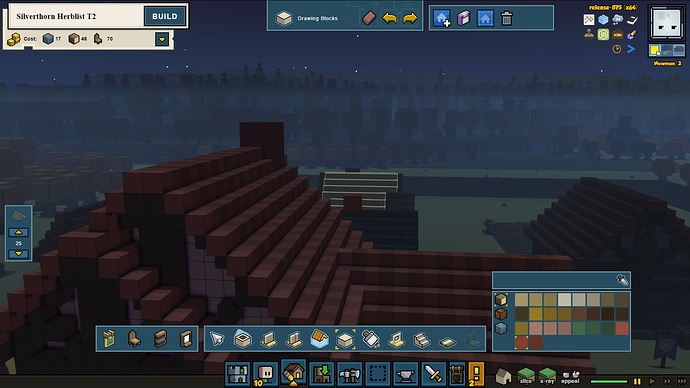 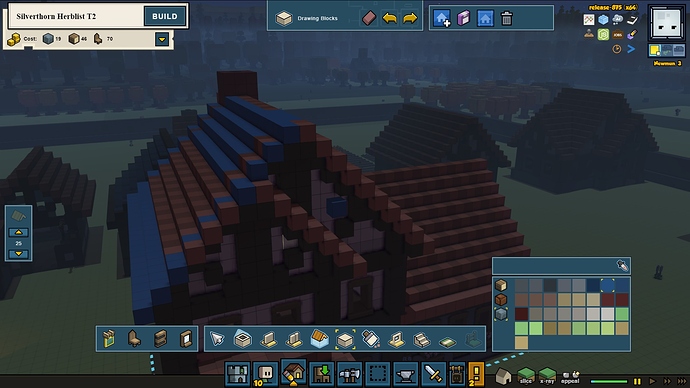 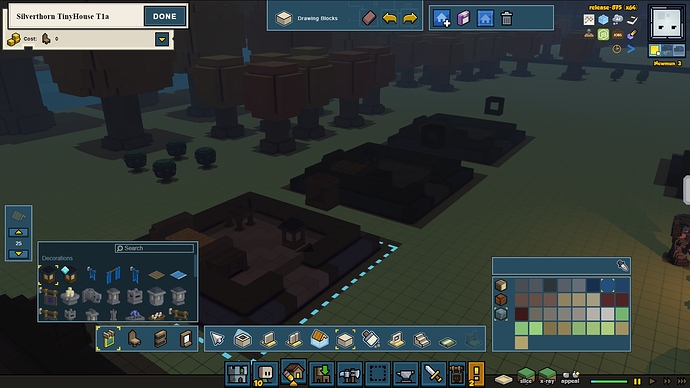 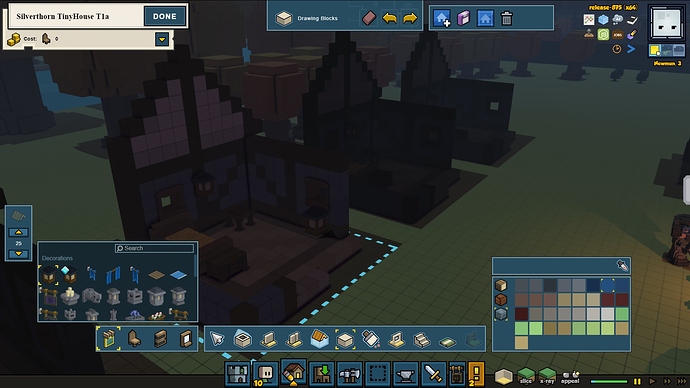 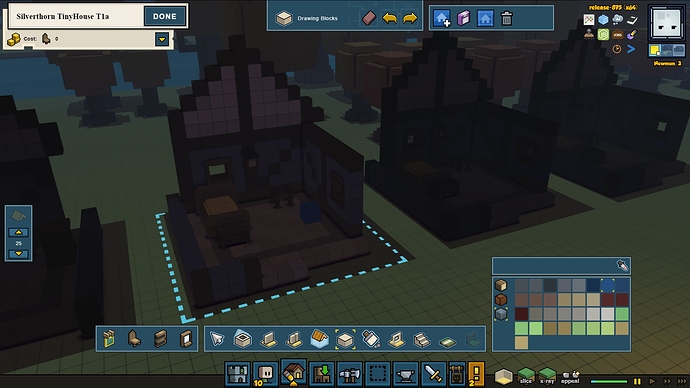 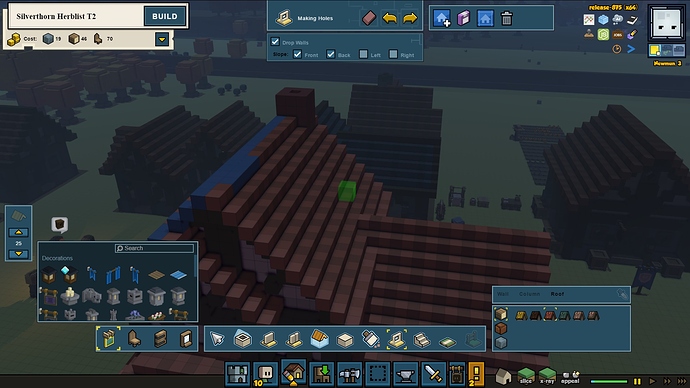 This is done at certain angles

But if you face directly down you can use the tools a little more to an extent, still this is horrid to work with, expecially if you need to get into areas 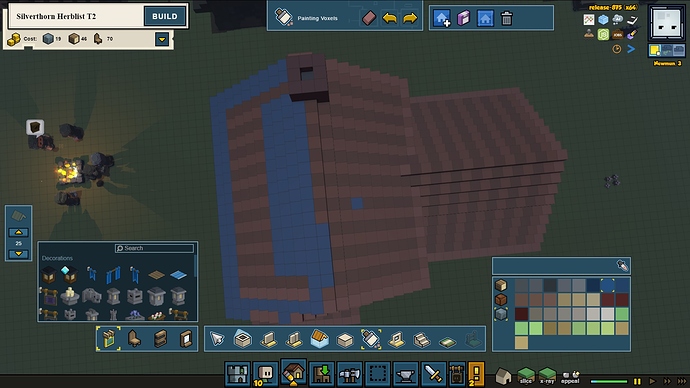 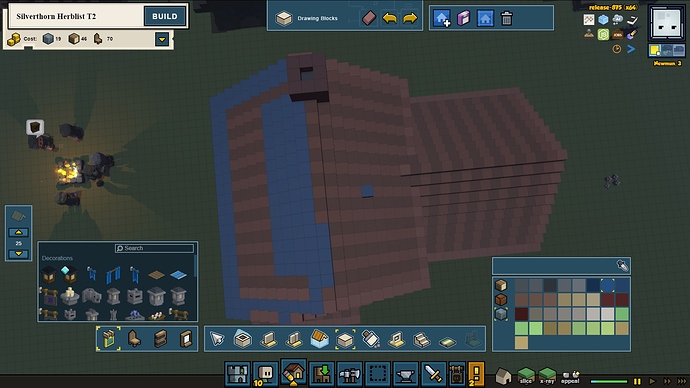 Confirming general restocking issues that are fixed by a reload.

There’s another restocking fix in the upcoming version specific to the restocking stopping after a while. For the building hitbox issue, we’ve made some fixes, but if you can upload your template, it would help us verify that we’ve hit them all.

Yeah, when i get game loaded up, ill just make a basic house and spawn roof paint it all and place voxel showing the whole hit box

Ok, I think we have a fix that corrects the above. I’ll keep testing with it. Thanks for the report!

@max99x @jamiltron Roof Problem and Hitbox.zip (25.1 KB)
here is a tester house i built, it outlines the hit box, this is in no way fully accurate, as if i move the camera in certain angles it will let me place in the hitbox, but at other angles it wont, so i edged it so you can see it. also did a multi roof to show what else gets affected.

Lastly i also lower wall view and placed block while lowered, which shouldnt let me as is suppose to let us see in side and continue to be creative