[solved] Placing furniture from a crate?

I was thrilled when I got my crate storage system going. Great for organization and optimizing workflow (less walking around carrying stuff). Unfortunately I can’t discover how to place a furniture item (e.g., another crate!) from within a crate. Is this possible yet or do I just have to abandon the idea of storing furniture in crates?

are you not able to place them through the item placement menu?

here’s a simple screenshot to show the menu’s UI, 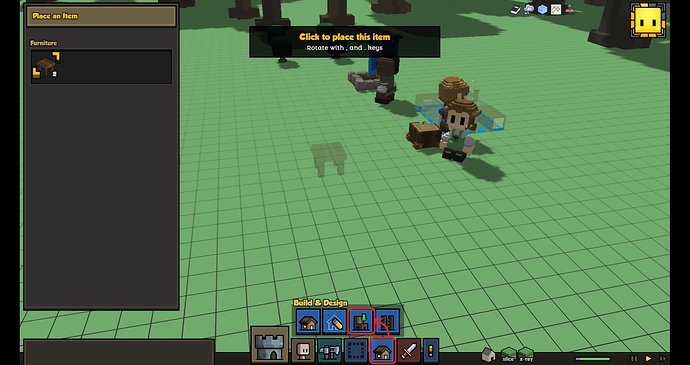 YES! Thank you, I’d never placed items through that UI, only by clicking on the item in the world and selecting move. SO MUCH BETTER!

good to hear that was the only thing that was stopping you, and that it wasn’t a problem with the crates

It’s not the first time that players reported that they didn’t know that UI existed. Perhaps it’s not as intuitive as it should ?

It does make me want to build a tutorial mod though. I guess I should poke around and see if anyone is working on one yet.

A post was merged into an existing topic: Mod Idea: New User Tutorial?