After getting around 10+ villagers a few have started to no longer eat. They go and pick up food but won’t eat it. Instead they would just walk, sit down, stand up, walk, sit down, and repeat until they get tired and run to their beds dropping the food. After they wake up they, again, grab food. Now the interesting part is that sometimes the will successfully pick up and eat the food but will still sometimes get glitched and not eat it.

I’m sorry if they are gyazo links but the website wouldn’t allow me to upload pictures yet. (Says new users can’t upload photos) 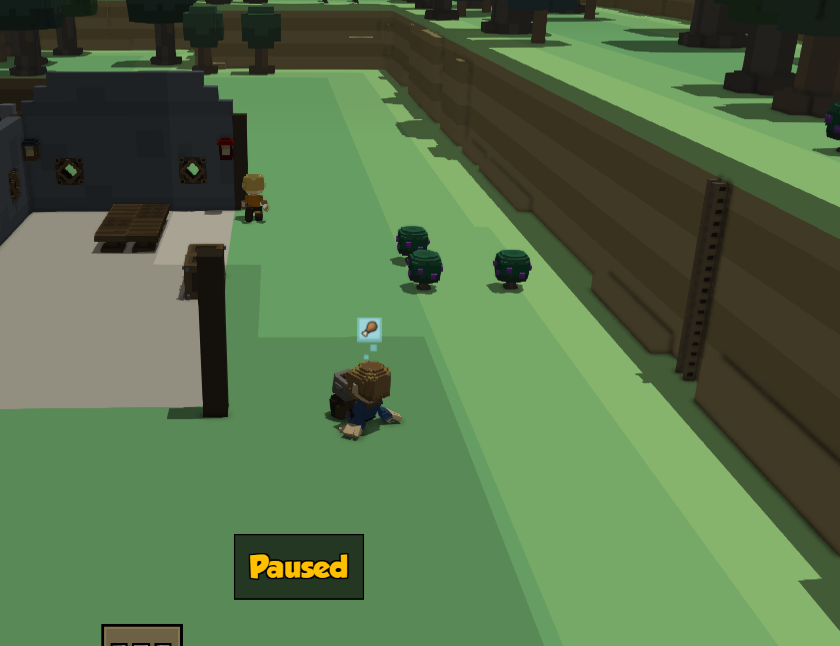 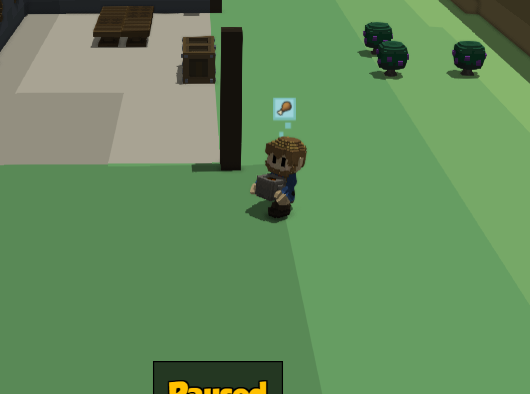 EDIT: Seems to be only foods cooked by the cook make them glitch out. Farmed food/raw food seems to work fine.

Yep I think there is something odd with food, I got some strange behaviors too…

Hearthlings appear to be stuck in the dining hall walking around in circles with food in hand. This problem occurs whether food is in crates or in stockpiles. This is at day 25 with 23 hearthlings.

This particular video only shows 2 hearthlings stuck but there have been as many as 5 at a time. Issuing Attack or Rally commands will sometimes unstick them but not reliably. In the above video, neither hearthling had any crafting orders queued. I'm seeing a similar issue in r450. Hearthlings are complaining of lack of food, but appear to be stuck in the dining hall walking around in circles with food in hand. Food is in crates and appears to be accessible without issue. This particular...

I’ve seen this behaviour as-well (before the 2 most recent versions though, I had to delete the town because of it… and it was an awesome town

Yea i noticed it because the animation is different. When a hearthling actually goes to eat it doesn’t grab the full item of food when it decides it needs to eat. The issue is that the hearthling(s) pick up the cooked food instead of taking just a portion of it. It happens only to cooked food and surprisingly not everytime. Sometimes they actually manage to grab a portion to eat. But for now I guess I will have to avoid using the cook.

edit: also like to mention that once they start dancing, the lua will spike to insane levels(making it unplayable if to many of em do it)

I think this bug report is done and well done. Let’s wait for the fix and meanwhile the solution is to not cook anything.
For those with saves with this bug, first sell all the cooked food to a merchant and if you are enough vigilant, you’ll see the Hearthlings with food in hand will drop it when they go to bed. At this moment, pause and kill the food. Once all the food is gone, the AI will return to normal.

Apologies, broke this while fixing putting food in stockpiles. If food containers also have the “food” tag, they try to eat from the whole container rather than the serving and go crazy. Fixed on my machine.

ok there where zombies attacking but as you can see the one holding the bread (Bob snap) can sit on chit or ground to eat the other’s some what eat but same error i think like “heathlings starved to death”
also this is 2494 dev build any one can help?
non of them will eat now

This is fixed in the next build.

After a few saves and now checking out the new flour and bread stuff i just left my game running on autopilot for awhile then i saw a few of my hearthings holding the bread and trying to eat it but they really wouldn’t eat it. They would just walk around erratically and try to find a spot to sit but would get up immediately and walk around with the bread. Please help out and put my little hearthlings out of their misery?

This bug has been reported a zillion times and has been fixed on the dev’s machine. So you can say RIP to this nasty one and stop cooking food until next build.

Having the same bug here, the lua just go crazy and my hearthling breakdancing around the chair

can’t wait for the fix.

Took some video footage of it, as best as I can explain it they didn’t have time to eat, maybe due to pathing? maybe something else in their AI. All they did was wander around, sit down, not eat and then wander some more.

That same night I had similar a similar experience around the camp fire, it kinda looked like some kind of restless dance as they were repositioning themselves around the fire pit. Not sure if related or not.

I had a very similar experience, but it’s only the stews that are doing that. I had extra berries and other crops laying around and I had to put my people who weren’t eating in a party and send them over to assault my other food stores. Whenever they picked up other food they would eat, but whenever it was stew that had a pathing problem trying to sit down at dining tables. Watching your video, seems like they are trying to eat the stews but cannot.

That’s the picture of mine doing it. Notice all three have stews, while the other guy is fine because he ate something else.

Mhmmm. Before posting a video (and even before posting at all) what about a lil’ search? Or at least a look to the last post from this week?

And if you think that’s a stupid comment, think a minute: what if millions of users stop posting thousands of useless petaflops of data per hour? Don’t you think the planet wouldn’t be thankful?

This has been quite the nasty, yet commical bug!
Though as Beatrice has stated, this bug has been confirmed over here: [Res] Dev 450 - Citizens won't eat

Not to worry though! Stephanie has stated that a fix for this big will be coming during the next release/patch!

“Apologies, broke this while fixing putting food in stockpiles. If food containers also have the ‘food’ tag, they try to eat from the whole container rather than the serving and go crazy. Fixed on my machine.”