Hello, thought i’d make a post on what i am currently trying to do to hopefully get some feedback on what i should do / add.

DISCLAIMER: this is not available for download yet. Be it on steam or here

So the mod I am currently making is a playable goblin mod that adds in a new kingdom called “The Goblin Horde”. This is essential a bare-bones re-skin currently as all I’ve done so far is made custom hearthlings that are using the goblin models and a mix between the goblin and human rigs. 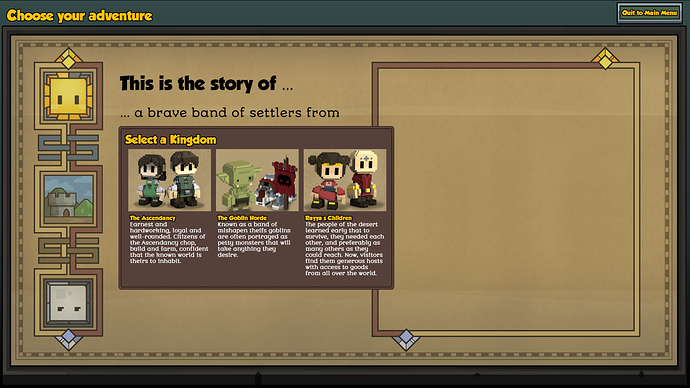 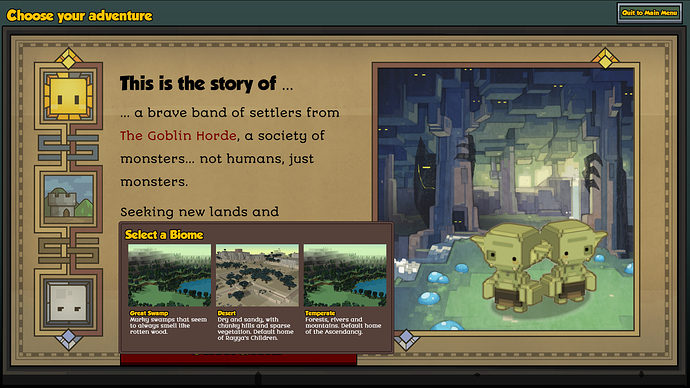 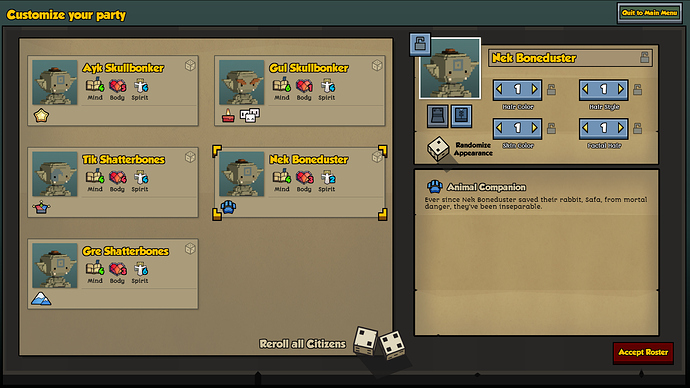 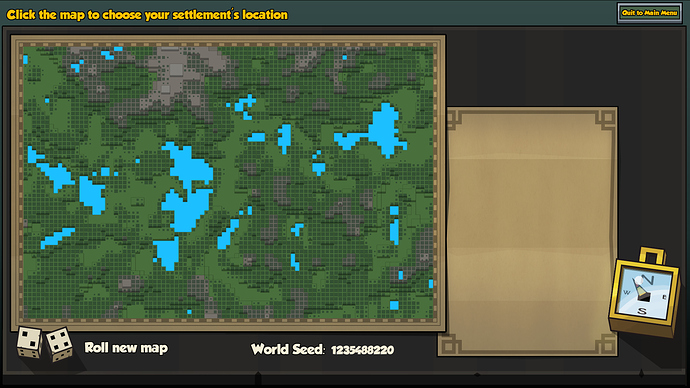 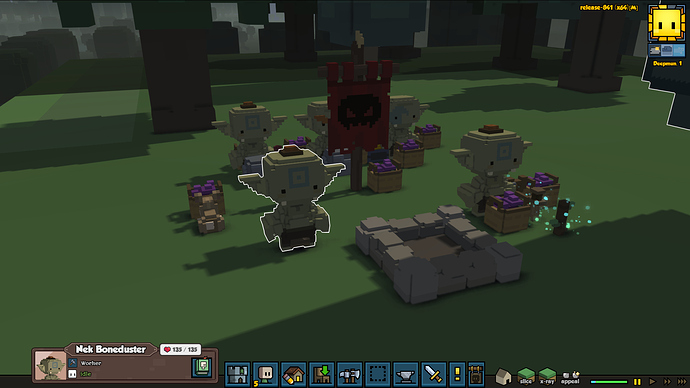 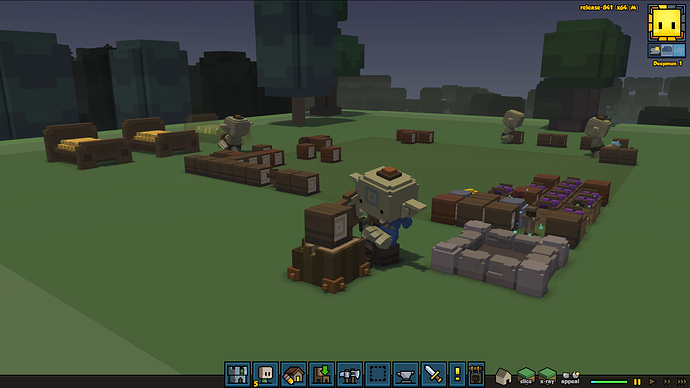 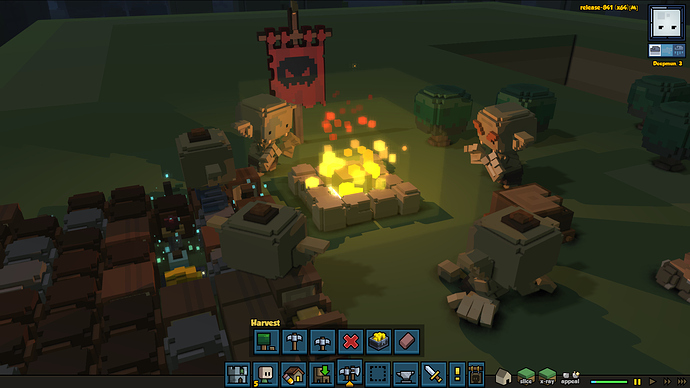 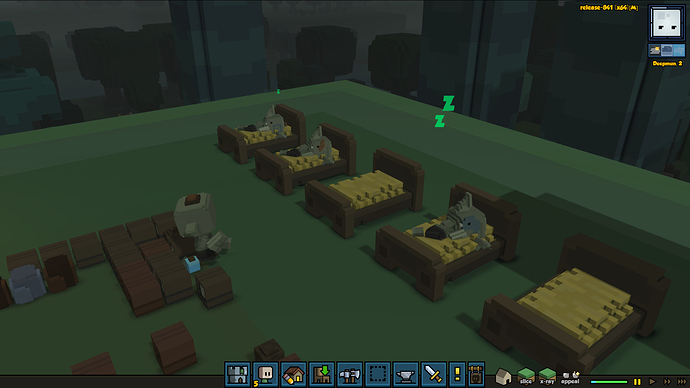 though this mixing rig system solves many problems with the models incompatibility with the hearthlings, it still has some major flaws such as during conversations and hearthling related animations the jaws & ears might disconnect as they have no keyframes in these animations. 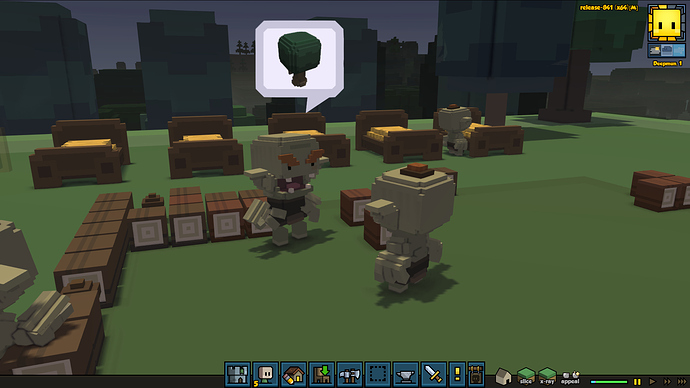 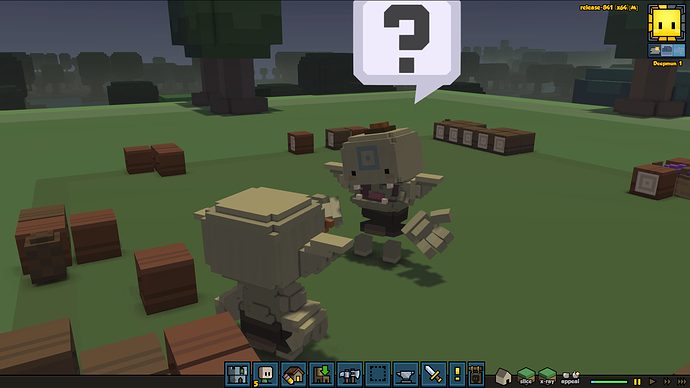 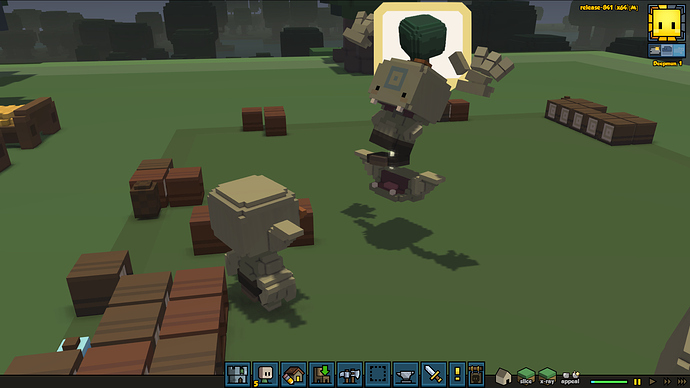 I’m kinda stuck on what to do next, so if anyone has any ideas feel free to post them here.

Make a giant soup kettle for the goblin cook :p?

do you mean as a workstation?

yep, as a workstation

Ohhhh like that concept art on the stream / devblogs!

kinda like that, yes, you could even give them a custom recipe for making food in bulk (multiple ingredients, multiple output meals)

Goblins… It seems we have competition @Fornjotr ~

Great to have another modder in the community. Can’t wait to see what direction you will be going for this mod

Were you guys also working on goblins? (lol at double norse/nord mods and double goblins XD)

I’ll leave the answer to @Fornjotr

He is probably replying right now~

Goblins… It seems we have competition @Fornjotr ~

We can never have to many goblins!!!

But yea this seems like quite the clone of Team Firefly Clans work so far… But there is certainly a big difference in the perception of the goblins, so i am not concerned about this.

Welcome to the goblin world of SH @Kdron

Looks nice!
I will keep an eye on this.

wow i wanna play greenskins now! i will wait tho !

best of luck with the mod!

… so if anyone has any ideas feel free to post them here.

I haven’t found much about the ‘Firefly Clan’ (and didn’t try the mod due to the creator’s bug warnings), hence I don’t know how they play.
I certainly love the idea of Goblins as a playable race though!

Anyway, you asked for ideas. I have some.
First of all , I think that the playing experience should differ notably from Hearthlings (and soon Clan Amberstone). But what sets Goblins appart? I think, that theft, robbery & war is the foundation for their living.

So, just some of mythoughts that came to my mind right away. Maybe you like some of my ideas (and even expand on them) - or just use them to spark your own imagination.

Cheers and good luck with your mod!
Deggial

Oh wow didn’t know there was other goblin mods already, well damn i’m late then!~
also team firefly? can I find them on the forums here? interested to see what you mean, and what they have done as well.

and yes you can never have to many goblins!

Take a look at the swamp biome, that is what is puplic at the moment, but here are also teasers in the thread “free ferns for everyone” i believe?

Most of our work is going on behind the scenes and we are not yet at a place where we have a fully functioning kingdom. But we are getting close

ahh I see!
Ya my vision for the goblins is to be a defensive tribe that does what they must to protect themselves.
In most cases this would mean they might shut themselves out from the world, due to their excessive fear of other races as they have been pinned for many of the worlds problems.

As you probably noticed I made my band of settlers come from an already existing goblin tribe called “The Goblin Horde”, this does not necessarily mean they are 100% for the Hordes ideals though as they split from that group.

this would tend to make one group try to lie low and stay out of sight.

though I believe it might be hard to diversify them from other races so I might lean towards another idea if it doesn’t work. :p.

Wow the swamp biome looks amazing! the custom plants & fog really make it stand out in comparison to the default biomes.

Quick side question:
Is it possible to change the existing classes clothes models, such as making the goblin carpenter switch to the goblin vest? or is this only possible on the worker as it has a proper mixin folder for his clothes?

Ohh, nevermind I got it working, but I still need to check to make sure my fix didn’t change any of the other races version of them.

what I ended up doing was taking away the mixin completely and copied the json for the carpenters_outfit.
then just replaced the model in my files location. took me much longer than it should have! xD

But to still answer your question: yes you can make clothes race/Kingdom dependant, look at rayas children’s worker outfits to see how.