bit in the back of my mind i have an idea that i want to build an evil city some point. maybe underground. (as much as i can) And that got me thinking it would be pretty cool if you could play an evil faction.

I figured some features could fairly easy be transferred like farming would just be other plants like roots and mushrooms.
or digging for worms or whatever

hunting could pretty easy be done underground as well. would just be burrow dwelling animals.

it hard not to have dungeon keeper bit in the back of the mind and you would have to go raid peaceful cities that in return wants to steal your gold (natural you would have a lot since you dig a lot) the evil would steal food and livestock and gold bars, tools and stuff like that

Finally i think it would open up for some cool multiplayer options as well.

Something like this did strike my mind that goblins would be better a digging for example …since you would have to dig a lot. And orcs would make better warriors.

I like this idea a lot. Perhaps an intermediate step would be to just have a new playable race that consists of Goblins or Orcs, etc…Goblins would likely be more crafter based, with some simple troops for defense, but Orcs would be more in mind of the militaristic sort of thing.

Making my brain reel with how to even implement some simple things to get it all going. Not sure where to start, but I am enjoying the “brainstorming” while at work

Heh well if you got anything to add please do ! im horrible at writing stuff down

So could probably need some care!

Consider it done. I will toss some ideas out once I am home to see what all I might have been able to come up with over the course of today

Ok, here is what I have so far…and some things I am going to plan on doing, though I want to preface it with not having any major timeline, no promises of when/if I will be able to do much of anything…I dream big, but reality likes to keep me in my place with some things (stupid reality!).

“The Baddies” a.k.a Goblins as a playable race:
Initial Notes:

That said, here we go:

More in-depth changes that would be needed to fully flesh out the experience would be an update to quest-giver models, and quest text to follow the same jargon as what current goblins use in game.

They would need a standard (I was bored on a conference call, and made this as a general idea)

The new faction would need a color scheme to associate with…red is typically used in many video games for the “Evil” faction, so that would be another thing to consider…

Wasent really sure what you meant with making structures more crude 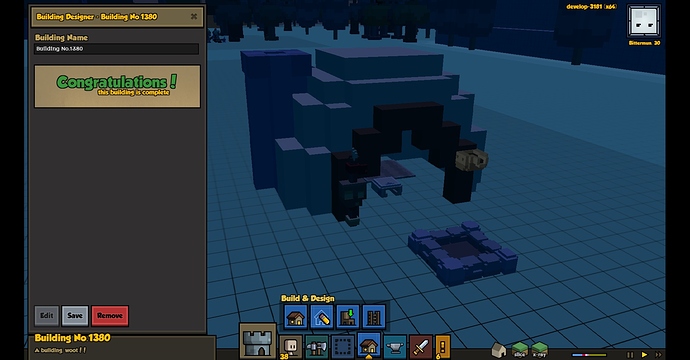 made something small and crude but yea gonna need crude placeables i would say .dont think i need much more than than that to make a goblin home and castle …tho scaffolding would make an amazing placeable for goblins!

Getting there…so the goblin hut in the game is: 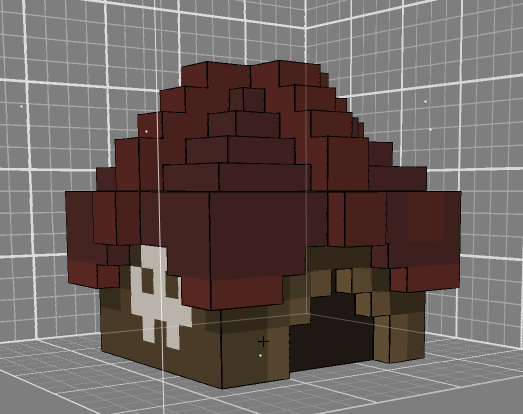 add a chimney! it will be even better!

I should note, this is literally just an import of the game file in to Voxel Shop, but yes, I like the idea of the chimney!

mine was 4 mins in game!

You say cheater, i say resourceful…but hey, it is what is is

But i think its related to removing and placing templates in case i messed up something. And that happens a lot!

Ontop theres like small placement of roads and fences and stuff like that since they arent part of my buildings and just made when i feel like doing some fine detail…or in some cases fixing mistakes by adding new blocks.

A few quick notes:
My suggested “Standard” icon, I realize after the fact, is close to Radiant’s, so I am shifting back to their original design as seen on the Goblin huts, tents, etc. I have been toying with some house concepts (the basic hut being a 10x10 with only a crude bed).

I am thinking initially, if this is to go forward (which I would like it to), the initial “release” would have likely have goblins still as the “Baddies that raid”. May have to just pretend it is a rival faction until I am more well versed on the back-end. (again, I am getting far ahead of myself, but still something I wanted to mention).

First quick and very rough pass…using existing models and reskinning them for the purposes of a new race is likely the easiest route to take…again, long way off, but ya gotta start somewhere 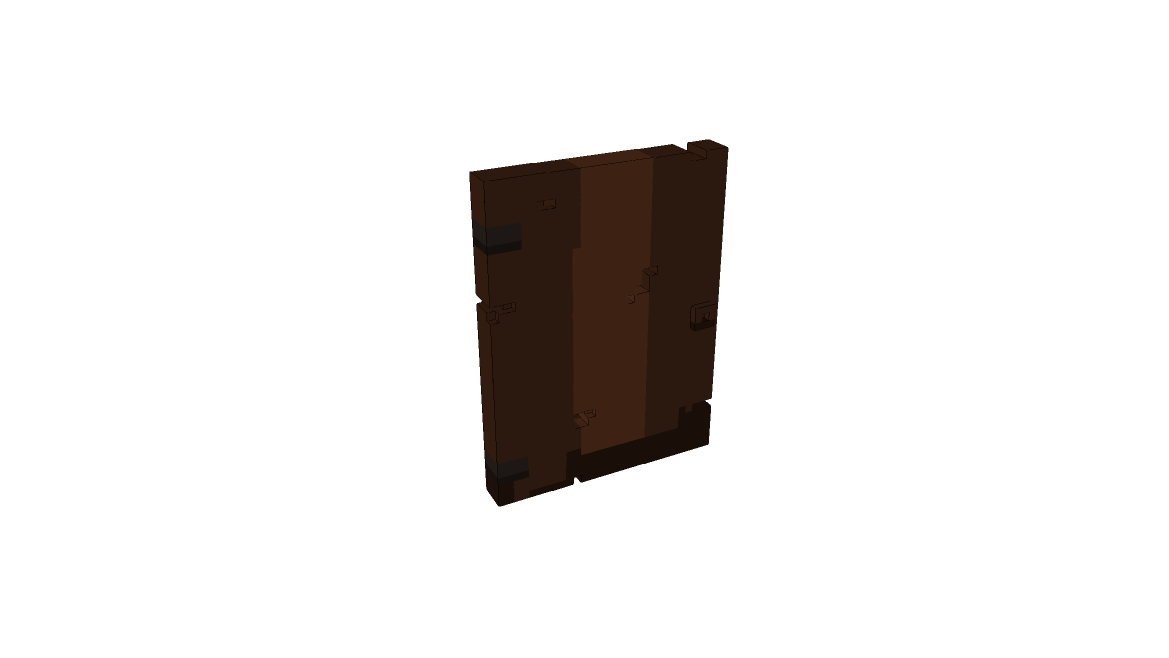 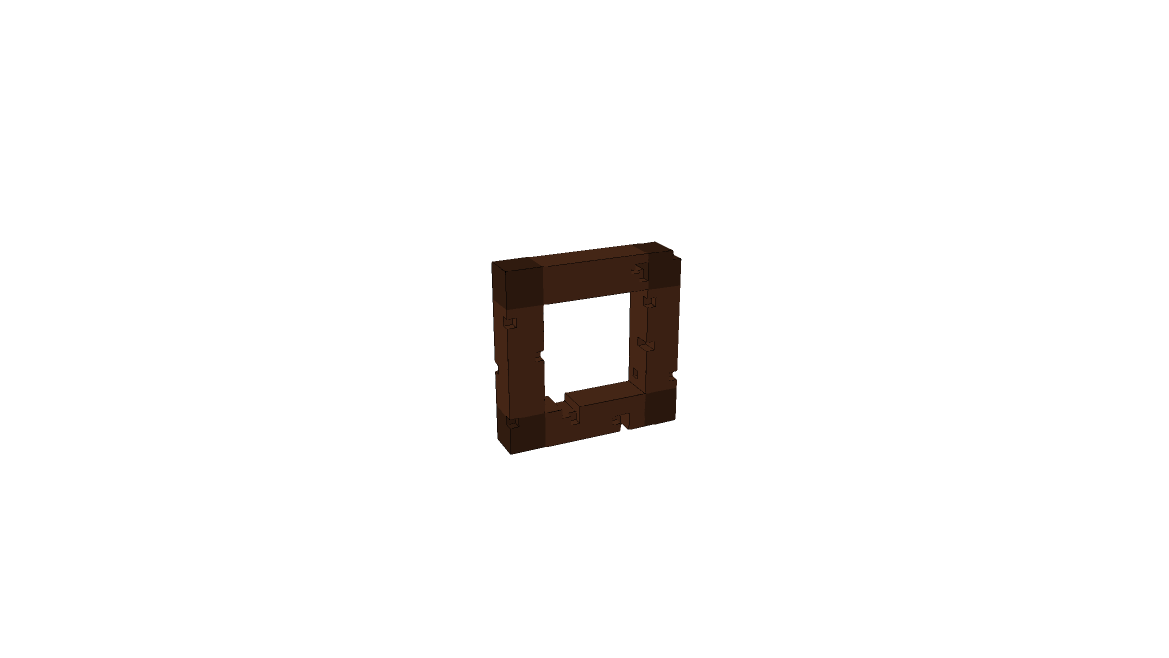 I also figure re-using existing items (such as barricades, etc) will speed everything along. Thoughts? Criticisms? I am open minded to it all!

Wondering what the amount of interest is on this…I have begun re-skinning things to be more “Goblinesque”, but don’t want to vest too much time in to it if a). there is no real interest, or b). it is planned as a future addition to the core code.

So, a small poll to help

i woud build an evil place to showcase some stuff butt i feel tied up in my other city >.>

I fully understand that! I will start a mod thread before long, but need to think of a faction name.

I know i don’t want to pigeon hole us to just Goblins, but eventually add Orcs and Kobolds (as @Banto…great YouTubeseries, btw) noted.

What are some thoughts on a faction name? I have been kinda partial to “The Baddies”…