FOR THE LOVE OF GOD! Please optimize the game!

I feel like the game is really unplayable because it’s not optimized enough. My computer isn’t bad and the game is still having lag spikes ever 10-12 sec which last for like 3 sec. I have seen that other people also have this problem but no solution. I also noticed that if I play for like 1 and a half hour my game will crash. Closes completly. Also my game is starting to lag very much when I come up to like 12 hearthlings. But this is something new for me.

So my question is if you have any tips and trix to fixs this problem and please ask if you need to know anything more.

they are still working on it im sure.

how many cores you have in your unit?

The issue of crashing after an hour is due to a memory leak, it’s been around since about Alpha 12 IIRC.
If you open Task Manager and look at Stonehearth you can see its memory usage climb up until eventually it crashes entirely.
Workaround is to save every hour or so and reopen the game.
Workaround for the idle hearthlings bug is to issue all the commands you want done, then save and load your game (you don’t need to close/reopen the program).
The lag spikes issue was only happening on very certain PC setups, and you seem to have won that lottery. There was a thread for it around somewhere, maybe you can find some answers if you use the discourse search.

What version of the game are you playing?

I have four and they all are the same

I update my game whenever theres’s one. So I think I should be running the latest version.

That is odd. I have gotten up to 30 plus without any issues at all of crashes

But are you running the “default” release or the “latest” / “development” build?

I was running the default when I wrote the article but now I’m runing the "latest* and it helped with the lags. But not the lag spikes. It still happens but it’s a bit more playble.

Does these memory leaks occur because my equipment ain’t good “enough”. Like can I upgrade something?

Think of memory leaks as kind of a leak from a roof slowly filling up a bucket below; when it’s full, that’s a crash

It’s not the problem of the computer, but rather the program or game.
The Team is working hard to catch all leaks and optimize the game, but they still have a long way to go

Yep, Hyrule probably explained it better than I could. It’s the problem in the game code. I hope the devs will eventually localize and plumb it.

Though admittedly it’d be better to find that one topic, this is an option here

This is interesting, I’m running double your ram (16 gigs) and haven’t had a crash due to memory leakage. After 5-6 hours I’ll cap out at around 9 gigs used across my whole system, which is typically almost all stonehearth.

It might not be an amazing solution, but if you’re willing to throw down for another set of compatible sticks and get another 8 gigs (I mean, I assume you’re running 2x4 in dual channel, so upping to 4x4 would be your best bet) and you might be able to beat the memory leaks.

I only really suggest this since on the Tuesday stream a little while ago we got to talking about optimization and the devs mentioned not doing another pass for a few builds. So I would settle in with some of these things for a bit; especially when you consider how bad the game used to be 2-3 builds ago!

I didn’t recognize your processor type (I don’t really play around with AMD much), so I did a little digging. It’s certainly not the end-all be-all, but your 770k gets absolutely crushed by a i7-4790k (links below), which I imagine is giving you a lot of trouble with stuttering and lag. I used to run stonehearth on a stock AMD 6120 and was able to get to around 20 hearthlings before running to a lot of issues.

If you want a more precis look of the specs here’s the link. Sadly it’s in Swedish so I don’t know if you can translate the page or not. 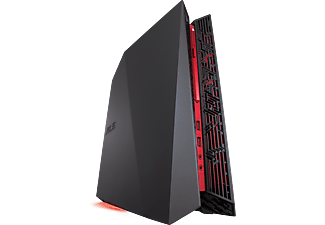 this is what I am running, and I have yet to have any issues with running the game

@Mattias_Herrman_Sund The page doesn’t really tell me anything new, that your earlier post didn’t (albeit I can’t read the Swedish stuff :P) It’ll still functionally be a processor problem when dealing with number of hearthlings and stutter.

I dunno where to find that. And sadly I am moving my frontroom aroind today and fixing floors so I wouldnt be able to tell you for some time xP

These are my system specs, i can run the game all day fine and have roughly 25-30 hearthlings before everything starts chugging. My PC is also a laptop

@Simica_Na It’s not actually important, as we’re both running the same processor. Even at stock it’s way more than enough to run stonehearth. My point was more that everyone in the world with a 4790k could post the same screenshot and we could be seeing very different usages or running into different bottlenecks, and it would be a function of clock speed, which isn’t taken into account in that image. If you have issues with a stock 4GHz (assuming you turned off turbo), and I managed to get to 5GHz on mine, we could be talking about two very different pictures. At the end of the day though, it’s such a solid foundation as a processor that there’s really no issue.

@Freedom I’m surprised that you’re running at 1366x768. Any particular reason for that, or is that the max resolution for your monitor? Glad to see that you’re able to run with 8 gigs of ram and not see memory leakage related crashes though, that helps us narrow this down.