Well i started attending history at the university now after xmas so its 2-3 hours of lecturing and 2-4 hours of independent reading per day… i miss my old job.

Maybe we are just more responsible over here in sweden.

based on what i heard, people send models or use the already made by the community and we vote in what we want to be added to the game, so he would pick the winner and make an official version off that and put in game

based on what i heard, people send models or use the already made by the community and we vote in what we want to be added to the game, so he would pick the winner and make an official version off that and put in game

@Froggy! toss in some of your best stuff mate!

Crud…well if that’s the case, we might not necessarily see my ideas, since I don’t have the means to model them myself! If we do need fan-made models for the ‘contest’ and someone who has the modeling programs would like to, I’d be fine with someone else trying their hand at my suggestions! 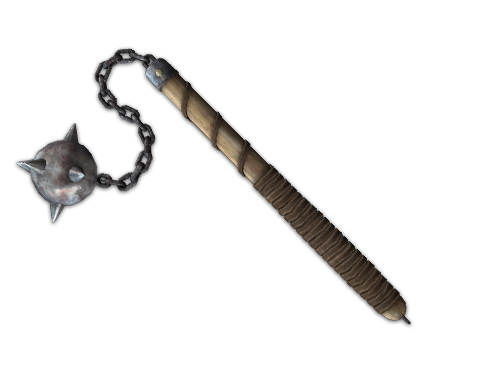 Mounted tools and weapons Either hung vertically, like a peg to hang them when not in use, or horizontally (which would suggest more of a decoration). Personally, with the Coat of Arms from the stream this Thursday, I’d prefer the former, to liven up our structures.

I was thinking about useable weapon racks, where when defense mode is activated, non soldiers can grab a sword and shield from it if its in their vicinity, then run off to their blue flag station

Cooling basin I’m not sure of the exact terminology, but it’s the vessel of water in a forge that heated metal is dipped in during the temperament process. Maybe it has a small table next to it with a pair of tongs that is used to hold the metal, and a few bars or blades that were just cooled.

OOH I like this! They’re often filled with oil and ignite when the hot blade is dipped in.

I think what Tom was saying was that he wanted to look at touching up and implementing fan made items, mods and models into the game for an upcoming stream. So having a collection of voxel items that have been made in mods, having everyone vote on them and then remodelling/touching them up himself to include in the game as an official item. I could be wrong though :]

I usually steer clear of trying to make suggestions as I’m on the other side of the development fence now (well, one foot on either side!

) but I had to give a shout out to my man @pepe who, those who were around during the early days, may remember some of his fantastic and imaginitave submissions! 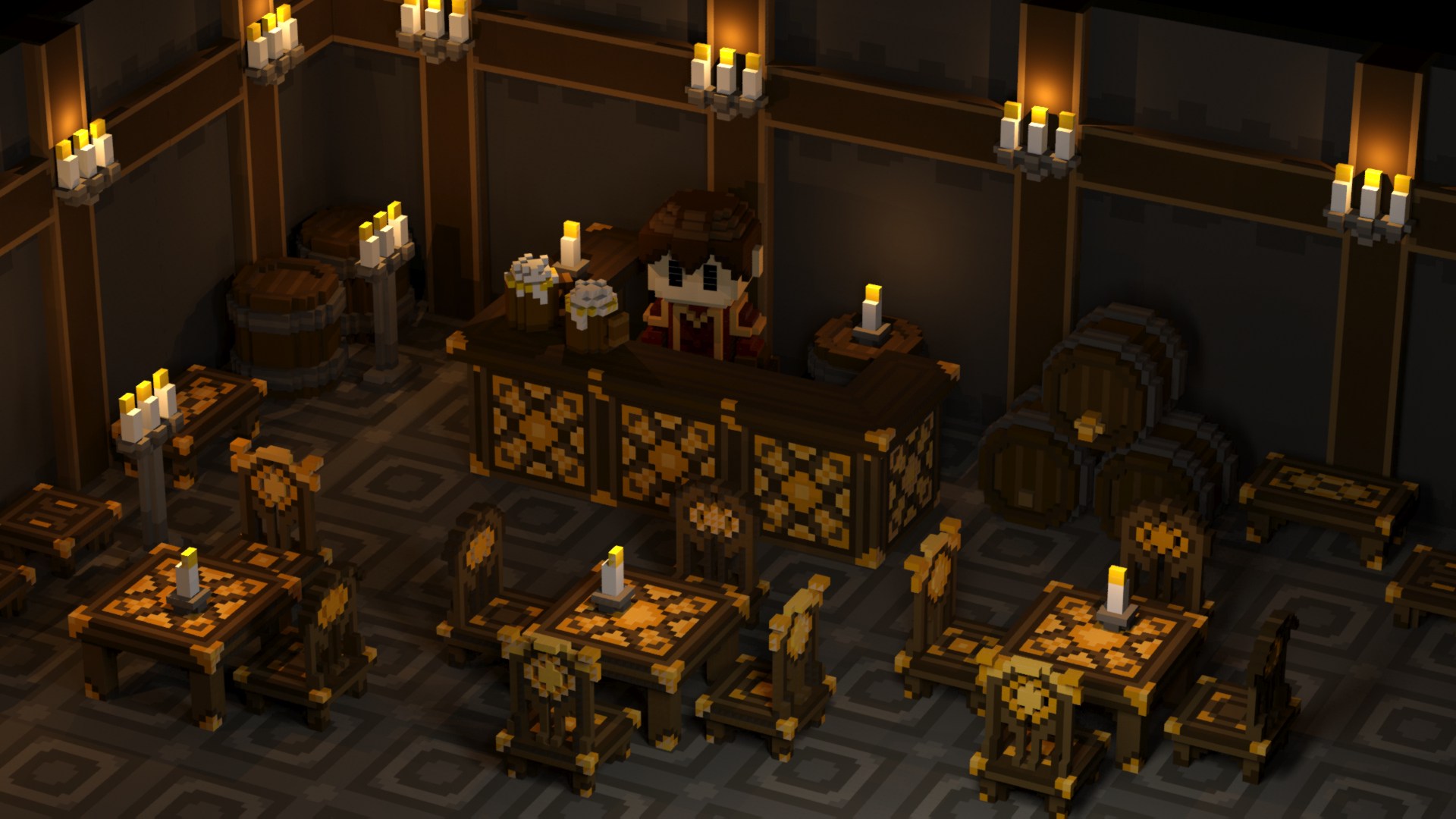 All from this impressive thread Pepe's little voxel & board game corner :]

I was thinking about useable weapon racks, where when defense mode is activated, non soldiers can grab a sword and shield from it if its in their vicinity, then run off to their blue flag station

Yeah, having these would be nice–the problem though was that I think it was mentioned in stream last night and Tom wasn’t sure about tackling this yet, since it’d be a new set of ‘storage’ coding + furniture recognition in the game (part of the reason I was angling more for the decorative side). So maybe not now, but I’d definitely want this in the future!

ooooooo so we can suggest things we have made? in that case i suggest tom implement my siege platypi

might have to wait until archery is made though 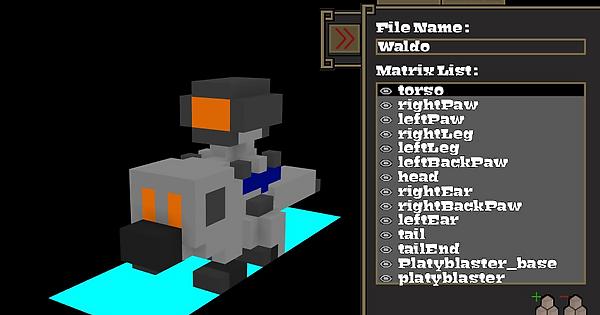 the qb files are collecting dust in my mod thread xD and ignore the mech ones, those dont fit the style and can still just be a mod , i just dont know how to seperate an album from imgur 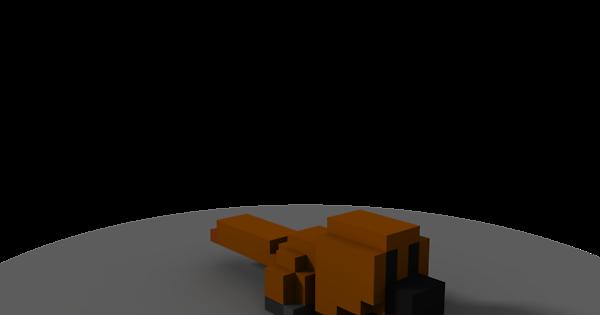 I think it would be cool if at some point you could steal the goblins totem to gain their allegiance. This could also be a game mechanic that allows the upper levels of villains control the goblins. It could also lead to some interesting quests where maybe an upper level goblin camp will get smart enough to ask you for help. Goblins could also have a chance after a certain amount of time to steal the totem back and go as free agents. It would also be interesting to see goblins steal each others totems. This would be a way for the goblin camps to upgrade or merge. So if a lvl 1 camp steals another lvl 1 camp. The theif camp will upgrade to lvl 2 and the victum camp won’t have the ability to progress to another level.

TL:DR can we control goblins by stealing their totem/symbol of power

Sorry if that’s a little long

So as not to further derail Froggy’s mod thread with our nonsense,

Just wanted to pitch this to @Tom! Any chance this could make it into Alpha 9?

hahahahah @phector2004 I missed this until just now. That is amazing!

Gonna slap some Goblins with a fish “EPIC”

What do you mean? It’s a pike. A perfectly valid weapon for a footman.

I still say a fish technically needs to be a melee bash weapon, according to slapstick law. Unless it’s a swordfish (which we’re definitely not going to have for a while), you don’t really poke someone with a fish.

Plus, think of the hilarious ~SMACK~ sound you could have every time a person is hit with it.

something fishy is going on here

Finally! The fish pike is here!

This is a game changer!

This is a game changer!

I’m still waiting for somebody to post a massive pike-men vs. goblins brawl in the Alpha 8 Pics thread!!

I still say a fish technically needs to be a melee bash weapon, according to slapstick law.

Yup, full bash mechanics implemented! I think they even do a spinny flip attack if the footman is Lvl 3?
I would like to add a cubeemitter to have some slime / ‘ooze’ dripping from it, but I don’t know anything about them… yet!

You should check out the teams awesome Twitch Streams, I think you will be pleasantly surprised.