I created a prefab for a tiny building. My workers started constructing it and after they were finished they starting breaking down the scaffolding like usual until the very end. Now there is a ladder that my Hearthlings have been endlessly trying to tear down for days. They hammer at it for a while, go grab a new piece of wood from the stockpile and repeat.

I went ahead and built the same exact prefab again and this time they still did not completely remove all the ladders from the building. They instead just leave it with a few remaining ladders.

Below I’ve provided the save file and the prefab if this would be of help, thanks

I experienced the hearthlings leaving ladders after most buildings are completed in release-460 as well. Super annoying! I just destroy them with commands, but that’s obviously not desired. Hope this is included in next patch!

can confirm. Have seen this behavior in my game as well.

I made a custom building and they took all the scaffolding and ladders down, but not on one side of the building. I did add free standing wall and foundation that connected to that side, so maybe that was the cause in my case. Nevertheless, I hope this bug is corrected soon.

Paging @Albert and @Ponder, the provided template still has issues on release 472.

Summary:
A bunch of Workers just finished the preset Cottage for Two building, when they all finished, i realize there was a ladder left behind, stuck in the roofing. My best idea i thought of was to build a ladder facing the opposite direction of the current glitched ladder. The worker started obviously started to grab wood to build the ladder, but when he/she started only the building animation was displayed as they kept trying to build or destroy the ladder, leaving them stuck and using all my supply of wood. {They leave for sleep and food but all else they are stuck doing one job.}

Expected Results:
Remove the glitch ladder from the finished house and move to the rest of the Village.

Notes:
Workers seem to switch between the Infinite Ladder Job. 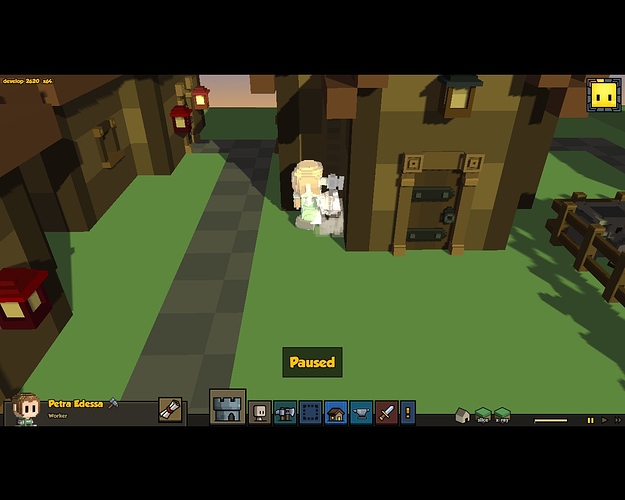 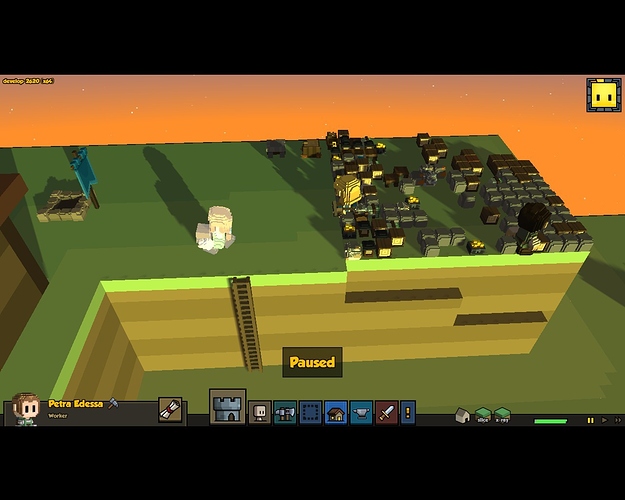 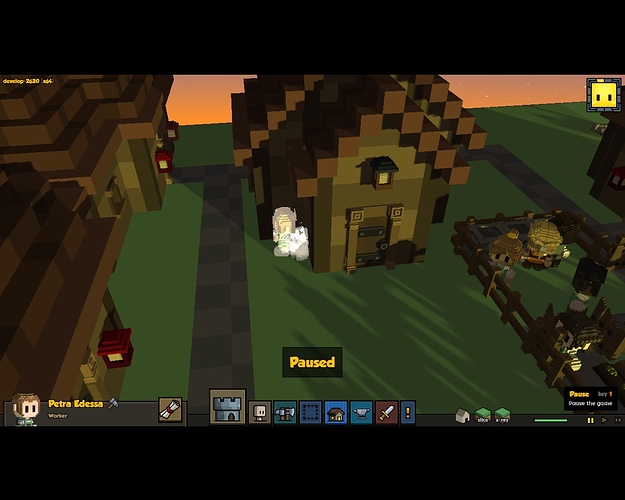