Hi all, did you see the new DT?

Hey everyone, A22 is finally on Steam Stable, so let’s switch our focus this week to one of the team’s long-term projects: fixing building, from the fundamentals. At Pax East last March, while watching you guys struggle through the building process in personal, Chris (finally? it was a long time coming) flipped a metaphorical table over building’s general fragility and horrible UX. He said, and I quote: “I will not go one more PAX having to apologize constantly for this (insert colorful word) system.” So there! In the background, on a separate branch, he nuked the original building infrastructure and started over with everything we’ve learned over the last few years. This was incredibly dangerous AND ambitious, given the years of fixes poured into the existing building system, but in the last three months he’s made incredible progress. Let’s check in on how he’s doing!

Warning: this is a long-term project that affects all of building. We will not put this in the game until it’s much, much more stable than it currently is. In a completely unrelated side-note, we will not be attending PAX west this year.

I love you girls and guys

Fantastic DT! This was really informative and I think was something a lot of uh… grumpy? SH fans were wanting to get into.

Fantastic DT! This was really informative and I think was something a lot of uh… grumpy? SH fans were wanting to get into.

Yeah, indeed.
Hopefully they keep building in tunnel in their mind too.
But I am full of hope.

Ok, uh I would send one of my templates but it sort of requires you to mine out an area in a specific way first.

This was simply a great DT! I look forward to see more about the new editor an system. Compared to conversations, i am ready to spend many weeks following the progress of this

Oh when you do your new building types, please give ladder parts of templates. like a 2x wide ladder that is perminate for things like watch towers.

Maybe send us a picture of what you’re trying to build?

8 high 4 wide 5 long tunnel, with pillers on both sides (mined into the wall, and a beam across the top. built to make my mines feel more like mines.

the hearthlings generally stop when trying to build the top bar do to it being right against the roof. I also tried to build a “building” into a mine and once again the roof didn’t place.

simple problem the hearthlings do not like or seem to be able to place blocks above their heads. the suggestion is simply to allow them to place above them though that may also require work as you may have a hearthling box themselves into a death box.

EDIT: will try to get an image in a bit.

ok this is the easiest way to replicate with out requiring to much work. hearthlings never mine or build above their heads.

would suggest a few items to help with this.

I’ve tried something similar in the past by shoving a prefab Rayya’s template into the side of a cliff face. I have bug reports with details of the outcome using the existing build AI (you can guess how it went; I’ll edit this to include a link in a sec Sadly, I can’t seem to find it now

What I did was dig out the precise dimensions of one of the RC prefab buildings, and then attempted to place the ghosted building within it. I did finally get it placed, but the builder at the time couldn’t figure out a solution that wouldn’t strand at least one hearthling between the rear underhang and the rear wall. I also had to help them by manually adding/removing ladders here and there.

To be successful, Hearthlings would have to be able to build the template almost entirely from the interior of the space, from the outside in. If memory serves, they didn’t do too well placing the roof blocks either, because it too was flush up against the top of the hole I dug.

Here’s essentially what I was going for, in SH: 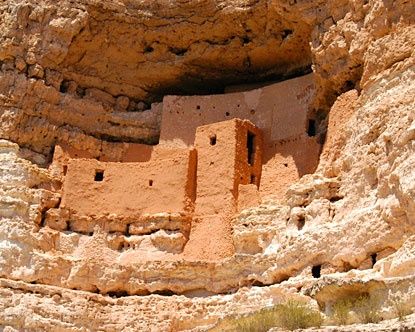 Finally will my dreams come true?

Hope this discussion may be of use to Chris:

Again I think I may have caused a misunderstanding. I am not saying save every single iteration of a design in a history of additions and subtractions. I am saying simply save the blueprint the building is based on and the current state of the build. Thats it, keep it simple. I am also not saying place any blueprint within a section of a building and build over that building with the new blueprint. I am saying a blueprint could only be added by combining it to a wall that is shared between the…

Combining this to be of use to the centroid calculation:

Some suggestions for monster mechanics such as spawning Suggestions

this is why I don’t like the current system lol I’ve talked about this a long time ago I’m hoping with the new topology service this can be fixed because just as hearthlings do not try to find a path to terrain that is inaccessible mobs should not be able to spawn in terrain that does not have access to both the edge of the map and the player location. this would require an update to the map generator or a the ability for mobs to change terrain to ensure each elevation has a path to th…

Impossible building that this should fix:

[A16/A17] The buildings my hearthlings will not build (round 2!) Previous Build Reports

silly 4 story design.zip (13.6 KB) 0000000000000.zip (5.2 MB) I would like you guys to try to tackle something like this, where I dig out the foundation for a building that I want to have a basement. The one on the right (based on the ground) will build. but the one dug into the ground on the left does not. Also two hearthlings get trapped within the empty stairs and will starve to death because I have no way of getting them out. Currently the only fix for this build is to dig out the hole in…

You guys get me a slab tool that I can adjust the height on and I will give you so many shiny nickels.

Hope this discussion may be of use to Chris:

If I may,
I dug up some of my suggestions as well:

Improvement idea for roofs in the building editor Suggestions

(This is going to be a messy post, sorry for that) So, to build a second floor, you do it in segments, you draw the first segment first, and the second segment second, like the picture below: [image] (yes, the second segment is drawn over the fist one, I am aware of that. The picture shows them separately.) I was thinking, what if the roofs worked the same, and if I could tweak the tweakables (offsett, orientation, material, colour) of the roof on each segment individually, like this: [ima…

The idea is simple, it is an extension of the building editor focussed on digging out dungeons. It gives you the mining tools beyond the ones already in the harvest menu, and it works the same way as the building editor, templates for dungeon segments, designing, removing and rebuilding parts and not the whole thing, relocating and reusing templates etc. The x-ray vision mode could be used to show what will be carved away in the template. I am no programmer, so I am aware that it might be lots …

Maybe send us a picture of what you’re trying to build?

May I add something?

which will not be build too

But those two examples are caused by the same problem.
Not enough height to build the topmost layer.

I’m somewhat surprised that wall/roof concepts were so deeply ingrained in the building system. I mean, Minecraft in already here and it shows actual universal voxels are much more flexible (and true to the RL in you think about it) than artificial human-based division on roofs/walls.
I’m not saying Radiant team did a bad job. I, being a newbie, would probably do the same in their place. Yet I think it takes courage to make a decision about rebuilding something this global from the ground up. Hope they will see it through. As for me, it was a very interesting DT, and while I understand it’s no small task and it won’t be completed tomorrow I’m looking forward to more DTs on the topic.

A current fix for this is apply the command setting int he options menu, and than reload your game, than hold Ctrl+C than select the building, than type ib and press enter.