I recently noticed that my Hearthlings evolved the habit of just keeping stuff they should store
it first came to my attention when I ordered some swords and they never ended up in the stockpile
there is a defined stockpile for everything and space in said stockpile so I don’t know why the Hearthlings just keep stuff not belonging to them! 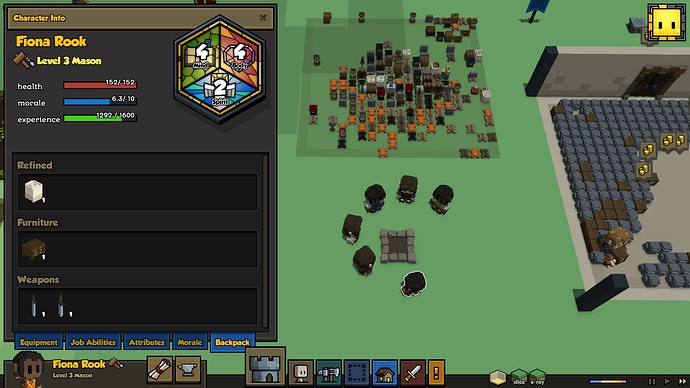 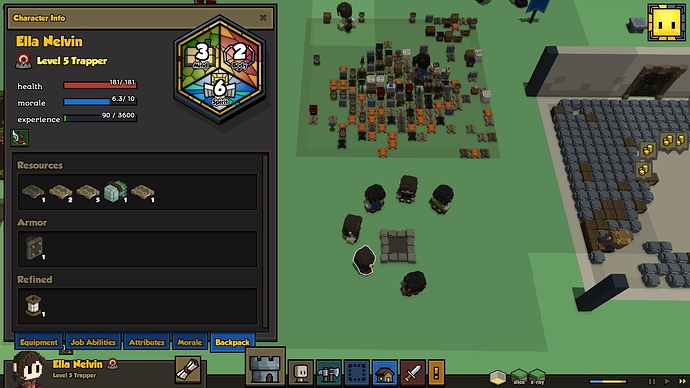 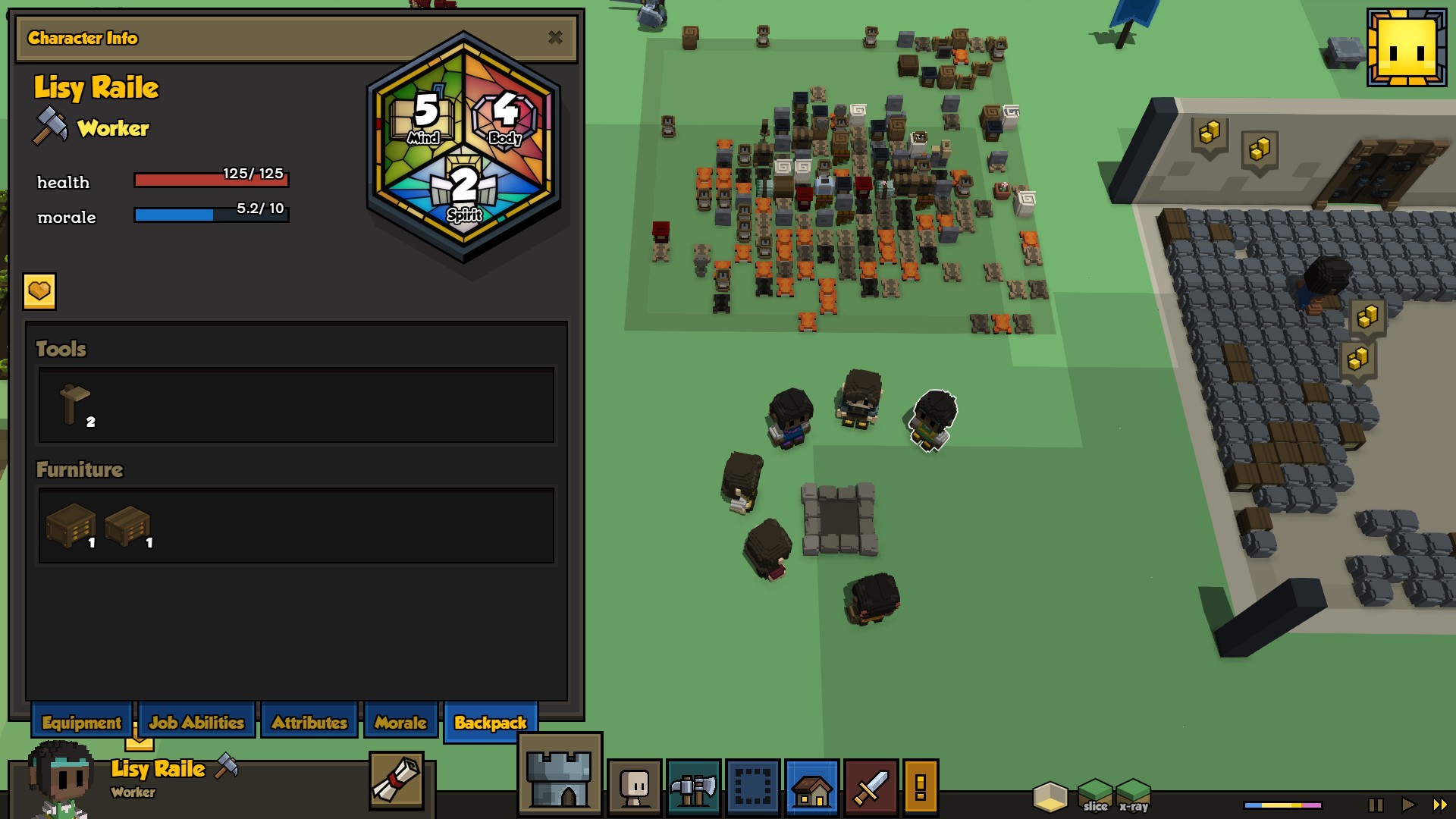 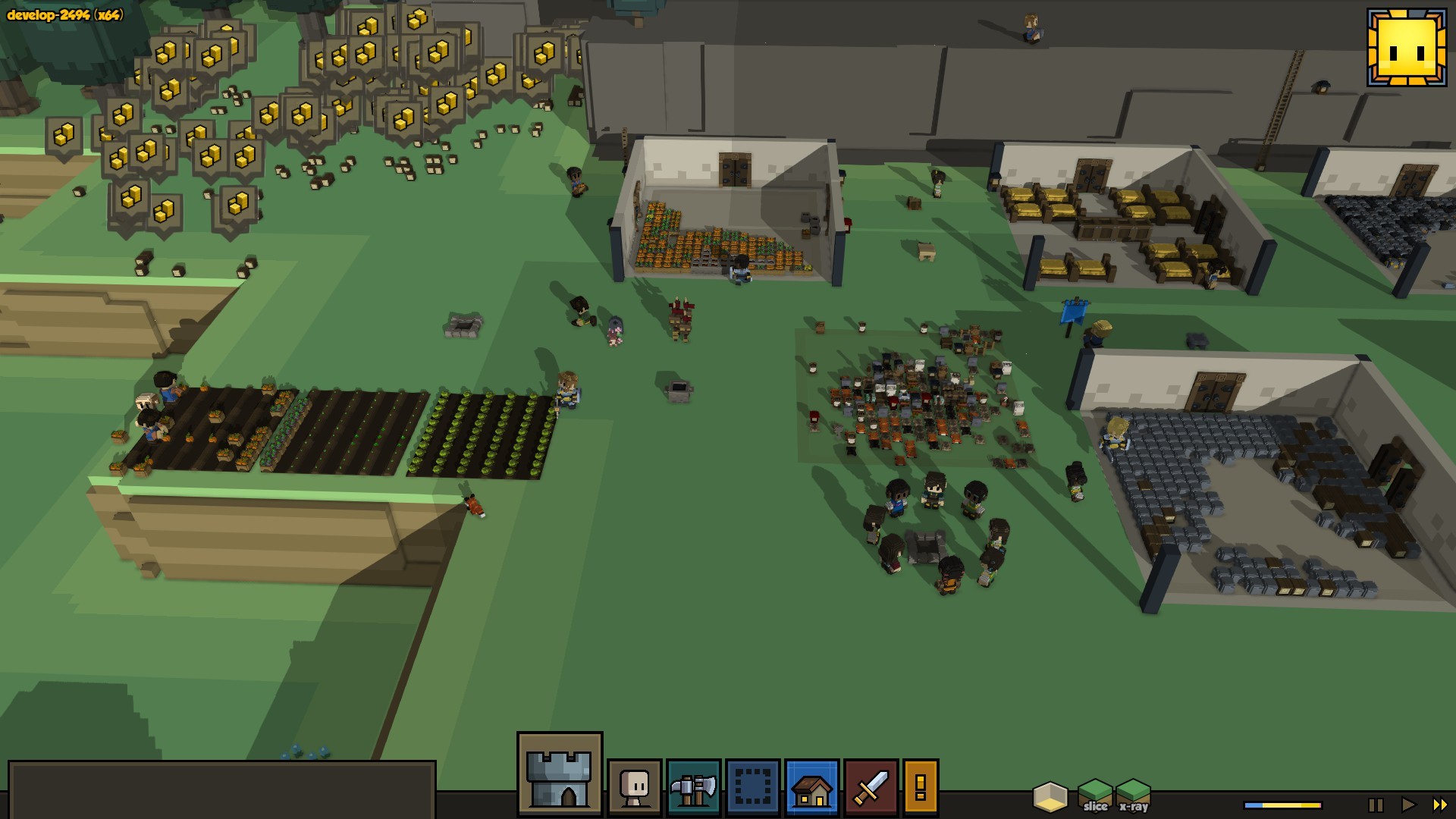 edit:
just noticed that the stuff they horde in their backpacks also shows up in the towns inventory making it impossible to plan anything as you can’t tell what’s in stockpile and what not 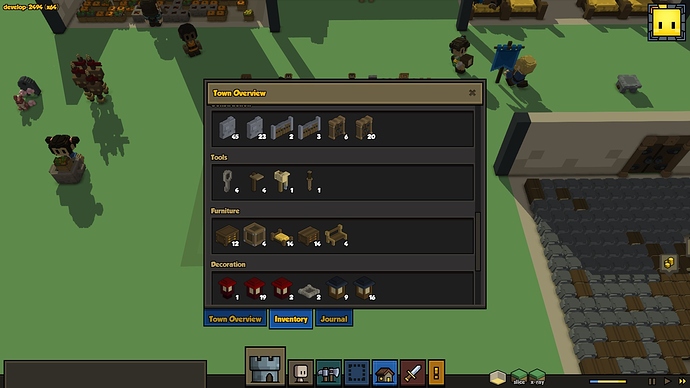 Some quick thoughts and some testing of my own.

There is some bugs still in backpacks where they don’t always empty them when they should, but I have not encountered this as much with the latest version (2494). Normally, if they haven’t emptied their pockets at some point, I usually see them go idle then dump everything out. This is probably some buggy behavior itself, but I can’t actually make it happen, so eh. But relating to your specific issue, it seems like you are encountering a combination of things. It looks like you have the broken AI bug that has been a chronic pain, because your guys stand around idle when there are things to do. Try saving, exiting, then reloading to see if that kicks them into action, or put them in a party and just make them move a bit then disband it. With 16 hearthlings, this is a very real possibility, and may not be related to backpacks at all.

A couple other things though. Try cancelling all workshop jobs, then canceling mining jobs if you have any. They could be stuck trying to do those things. Also, you are using the loot command to try and make them pick up everything at once, I am assuming? I tried this to see if there was any potential issues with them getting stuck trying to loot something in a backpack or somesuch, but couldn’t cause it. I did notice though that it doesn’t work like it did beforehand, so they won’t vacuum up everything, which is why you have items in your stockpiles that still have the loot command attached. Maybe try cancelling all those orders to see if that fixes it. 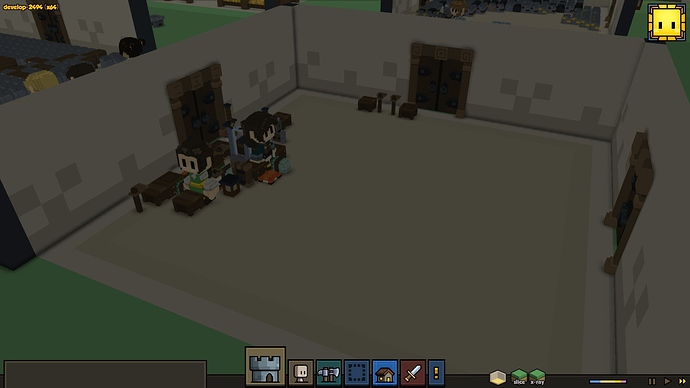 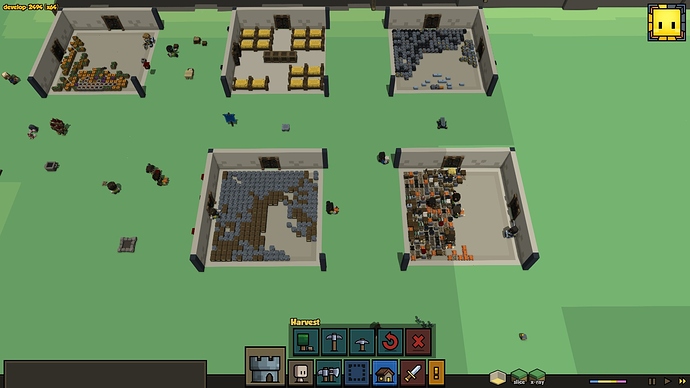 *sees the hearthlings around the fire*
They are conspiring against you, clearly. That, or summoning an evil spirit in plain daylight.

(Also, I love those flowers and the plushie on the tombstone, it’s endearing)…