Hey guys, this something I had worked for a while in the free time. Oasis for the desert biome. 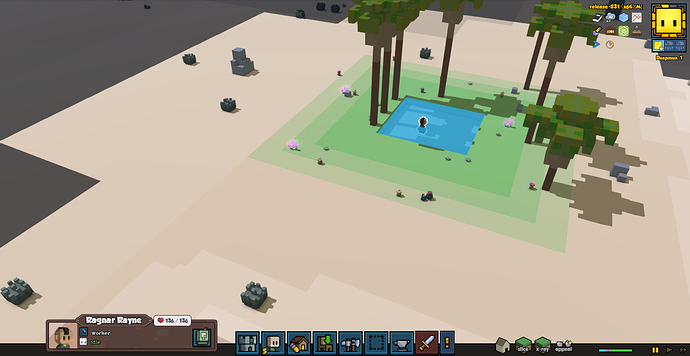 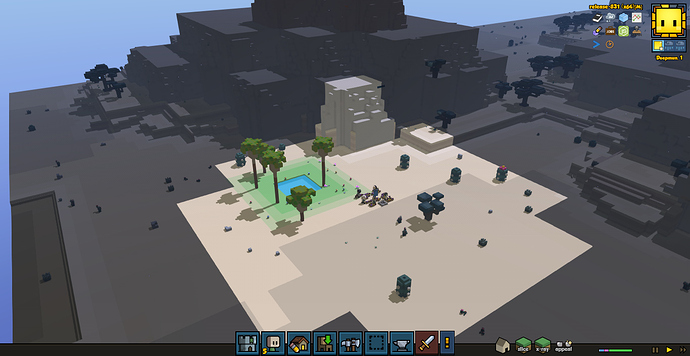 Did you throw this out just because of me making the reference to them in the stream last night?

That is just too damn cool and that oasis needs tents built around it and camels walking about! Aaaah (Bruno why are you so damn good :p)

Something like this would also be cool if we had a snow world, a hot spring with vegetation around it

@Spell_Blade I have yet to watch it fully, got just a few bits. But the stream theme definitely motivated me to finish this.

if we had a snow world, a hot spring with vegetation around it

That would be cool

This is awesome and a neat place to settle nearby

Mountains? In a desert place?

It would be even cooler if the place was even more barren. WIth no or tiny mountains, no other vegetation… That would make the oasis a lot more precious!

The oasis is precious because it’s a beacon of hope amidst a dry and dusty landscape. There’s the promise of water, greenery, possibly food… Having mountains and dunes around makes perfect sense. The water had to run off from somewhere to collect in that pool.

Something like this would also be cool if we had a snow world, a hot spring with vegetation around it

This makes me think that you should add something kinda like Yosemity or w/e that park with the geysers are called? @BrunoSupremo your skills could deff handle that i think (i HOPE)

That is the plan, but for much later. I have 4 other mods inline waiting to be revisited or worked on.

I think it should be ever so slughtly below the surrounding area level just so that it actually feels like it’s the place where water gathers. Maybe a sort of “steps” where terrain goes down every 3 or 4 blocks by one layer.

I have no idea how hard it would be to implement, but since clay pits do that in forest biome, maybe just a copy of that added into gemeration script would do?

What happens if you use rivers mod on this biome? Can’t test it myself because of work.

This is just a plugin for the current desert. It works with both mods.

This is just a plugin for the current desert. It works with both mods.

so you mean this is not separate biome? That it only works on the desert biome? I see.

What happens if you use rivers mod on this biome? Can’t test it myself because of work.

What I mean is, will the green patch oasis runs with the river? or the biome will have a separate rivers and a separate patches of oases?

Yep, not a new biome, just an addition to it.
The grass only happens around the oasis.