Summary: Crafters sometimes stand too far from their workbench when crafting, and can thus be seen missing the target with their animations (e.g., mason hitting empty air with hammer).

Steps to reproduce: Just wait and pray, I guess.

Versions and mods:
No mods, latest release version in Steam at the time of writing, version 0.1.0 (release 210) according to the title screen.

still present in R-393 but its not like its game breaking,

Certainly not, but I tend to leave it up to the developers to determine which bugs to address (although I do put an indication of how big a deal I find it myself in my compilation threads). This one would definitely be a “minor” one.

i believe i may have found the reason why,

Those red boxes indicate where a hearthling (or anyone else for that matter) can stand when interacting with the entity IIRC.

I believe it appears like that from rotating the object as I’ve seen it happen before for other entities, though I’ve yet to throw up a report on this. Mostly because it’s just a suspicion at the moment, I’m gonna play around with it and see if I can come up with anything.

Alright, I’ve messed around with that idea and brought with me some pics to show for it:

[Album] Imgur: The magic of the Internet 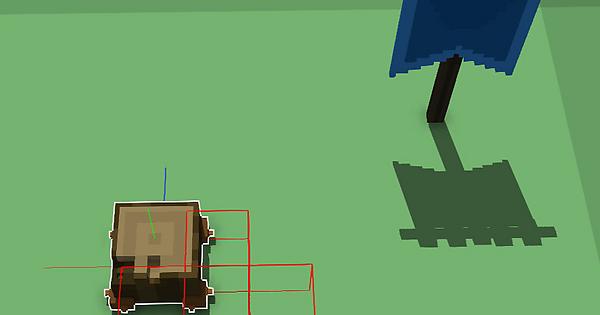 They pretty much speak for themselves, notice though that it’s as expected only in the second image, the rest are showing issues. I’d wanna add that the images show for the carpenters workbench but the same results have been coming from the weaver’s workbench so it’s not just limited to that (and, I doubt, limited to workbenches even).

I think this is a more issue than just a minor one though, since this also affects collision boxes.

Good job finding this one!

hmm… well the “default” rotation is what i have in my screenshot, as i never actually rotate benches…

I’ve known this from before. It’s the same problem as with other many things. Rotating the object misplaces the boxes, this happens even to the trees. There are still a lot of issues to fix, for example right now the collision boxes don’t work well when you change the scale of an entity (devs already know it). Or rotating an object doesn’t rotate its particle effect. I guess it’s not on the priority list, but it will be addressed at some point

I never intentionally rotate the carpenter’s bench (or any workshop other than weaver’s), but I have done it on accident many times.

When you place an item (any item), the game stores the last orientation you used. The next time you place (or move) an item, it uses, by default, that same orientation. So, if you placed a bed, and turned that bed 90 degrees, then you move your carpenter’s workbench, your workbench will end up rotated, without you intentionally choosing to rotate it.

Title kinda says it all.

Nah, I’m just breaking in a new can of RAID. That’s all.

Mason Workbench is also displaying this about 50% of the time (it’s a chisel it’s hard to to determine).

This one has been around for a loooong time. Finally fixed for all crafter workbenches in the next alpha!

This one has been around for a loooong time. Finally fixed for all crafter workbenches in the next alpha!

Can I quote you on that, Albert?