my attempt to build a dojo style house will not finished. Everything looks good (can’t see missing blocks) but the scaffolding will not removed. The template is builded with single blocks and the second level is build with the “floor” tool. 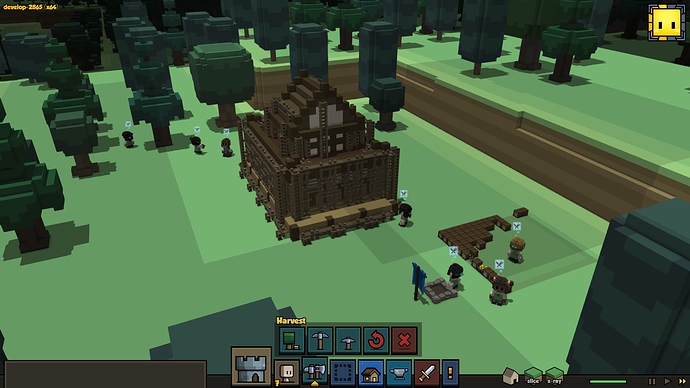 Giant Hearthling save.zip (4.8 MB)
See attached the savegame of the statue.
Thanks for your answers, I already tried to get rid of the ladders by building ladders for the hearthlings to reach the unwanted ones. Unfortunately these few that are left can’t get removed with that trick

.
Maybe you can find a way to fix this

Cool dojo, @talamatur! Am I right in thinking that you built that structure before the very latest unstable a15 (2867)? Some important changes just went in to the latest unstable that should make your dojo buildable (there actually are unfinished blocks in it; switch to the flat rpg mode, and look at the top part of the steeple in the dojo, and you’ll see some flooring that is missing, that hearthlings can no longer access, and so can no longer complete.) Unfortunately, that means that you have to design it again. Sorry! There’s no good way to fix up old designs prior to 2867, but the good news is that this should make many more structures buildable. 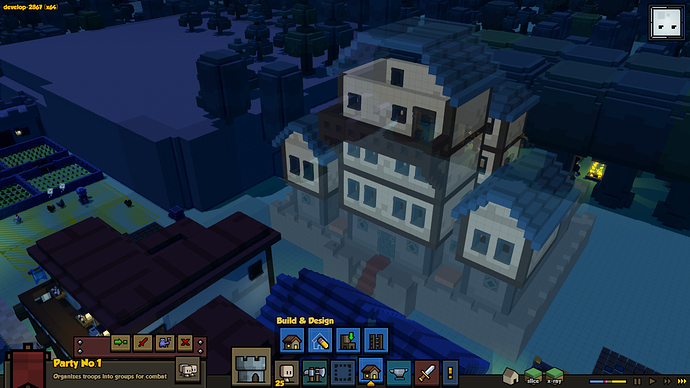 I gave multiple building templates in that zip, because I saved it in stages as I designed it. That might help you guys I figure. ALso, here is the save file, because it wont actually let me place the building template in the game, but you can see and edit it in this save. Also the hearthlings wont even attempt it, and there is some sort of error involved. 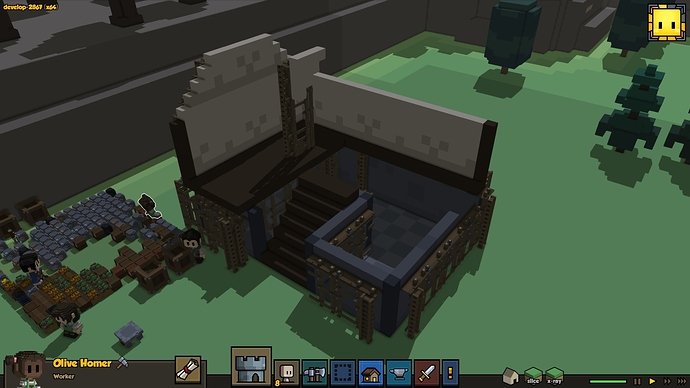 Another one staying unfinished. Reason seems to be the one wall left of the stairs. Hearthlings left it undone but continued happily with the rest. Until they just stopped.

Building is not stuck, but my worker “Alex Quess” is pingpong back and for while removing the remaining scaffolding. After some time an other worker (“Lia” in my case) comes and does the same. This takes a lot of extra time for building.
I build the dining room from the standard templates. 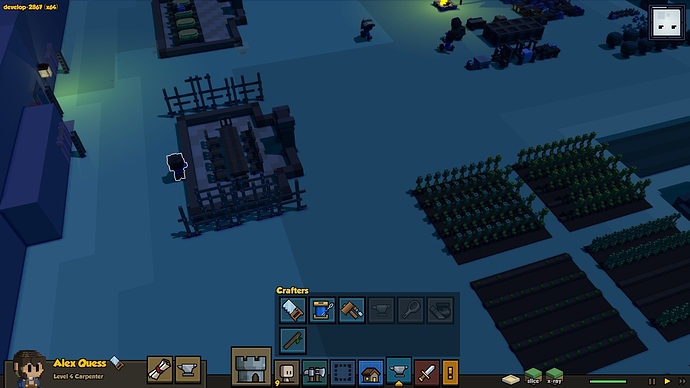 so today i try building a build i am trying to make or the past 6 months, and they failed.

This is my design 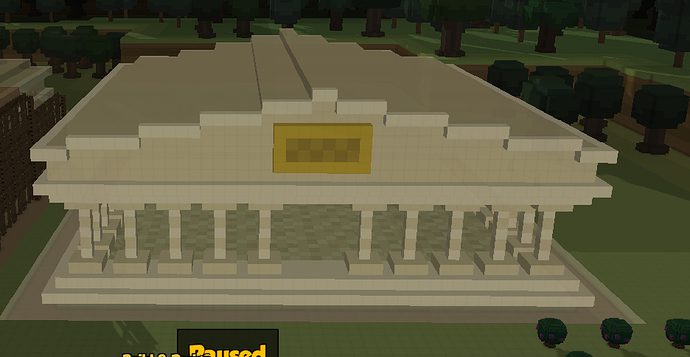 And This is what they build before completing stop 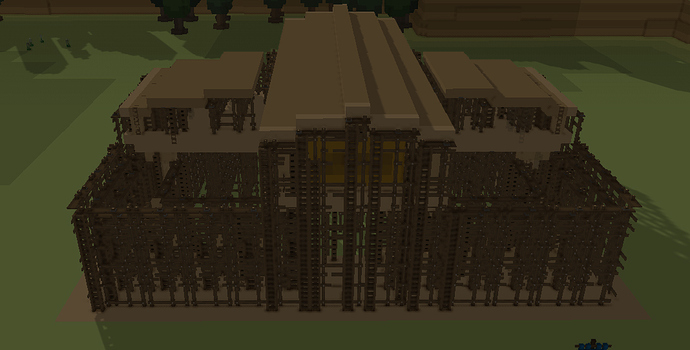 From what i observe during the construction, they start building scafoldings and ladders before complete the ground level, and the others ground layers, so many scafolds clip inside of the blocks and they never ending building the smaller bits

A quick A15 D2871 update on my Watchtower template:

Screenshots:
Where it stalled: 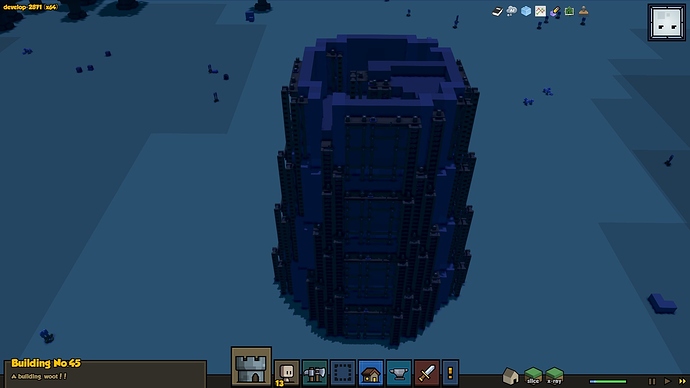 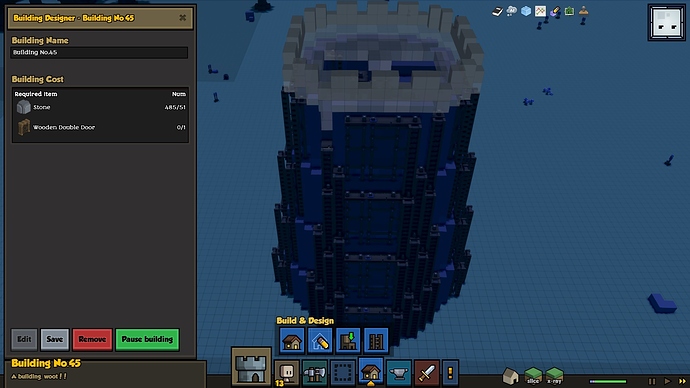 Also paging @not_owen_wilson in case this is of value to his current research. 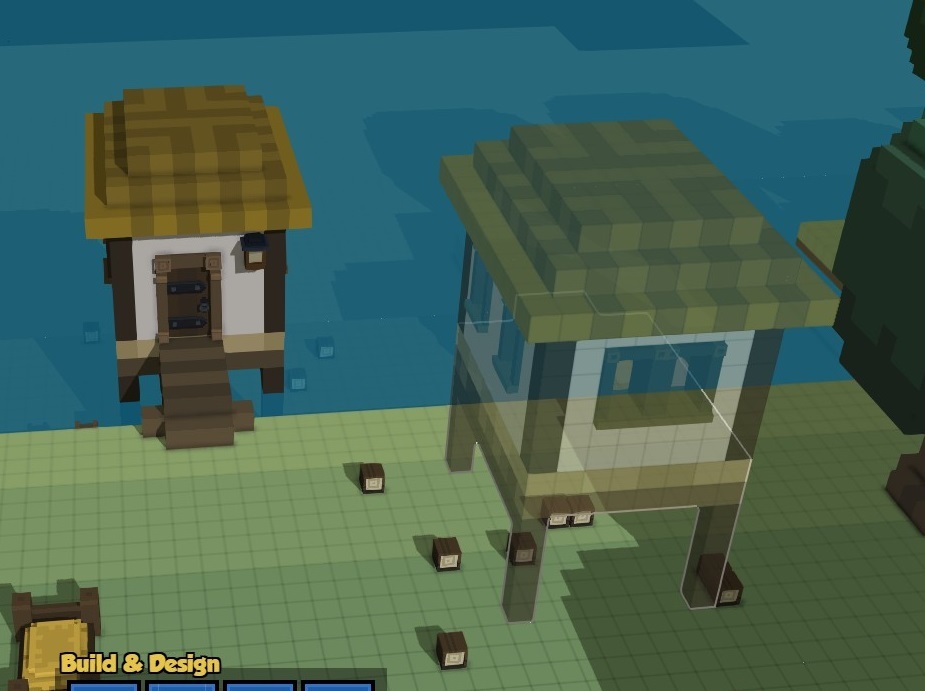 …but will not build on the surface too, but others I tried and constructed the same way to reproduce it will … 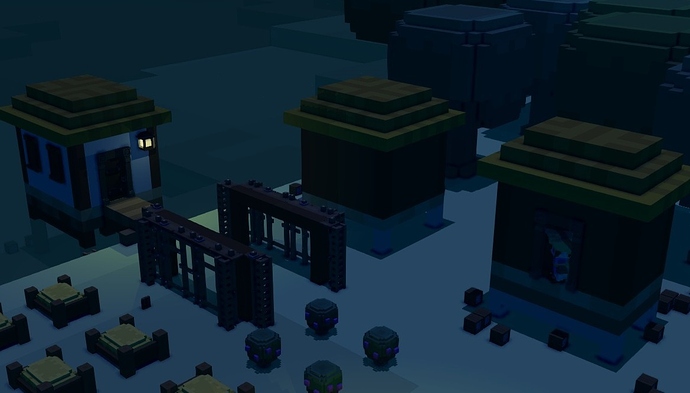 In 2871 I designed a fairly plain 2 story shared bunk house. Normal floor for ground floor, slabs for internal staircase, slabs for 2nd floor, standard walls on both floors, standard roof, 1 door, 8 windows per floor. Saved it. Tried to place it, got an exception popup, game kind of placed the door and a couple of the windows to be built but nothing else and in many UI modes now I’ll continue to see those floating never built elements (since I cancelled the build). I can also never place the template for this 2 story building - the ghost for it never appears if I try to build it elsewhere.

I’m also not sure how to mine upwards successfully, like I wanted my hearthlings to mine on “floor” above the “room” I carved in at ground level. I chopped a hole in the side of the “hill” (with normal ladder) so they could get there and built a connecting staircase once I could successfully. Then I tried to fill in the upper cut with a simple slab wall - they built the bottom row of that but have never finished the job and left scaffolding there for it. The can easily get to both sides of that and sorta shouldn’t need scaffolding for such a simple job if they did it from the inside, but instead they made ladders and scaffolding from the outside.

This actually builds on my local build! I’m not sure if that means some errant non-determinism has crept in, or some of the pending fixes I have are sufficient to fix the problem. Will keep fiddling, and thanks for the template!

Could it be the way it falls on the chunk that determines how it builds? I know they’ll build some parts of a large build first so it’s somewhat cutaway looking and then finish the other chunk’s parts.

Quite an amazing building XD, It must be a sheer aesthetical feast when the castle is built !

. Should build by the next unstable push. (Though do create some holes allowing entrance/exit into your temple’s roof! Otherwise, poor hearthlings can’t get it to tear down scaffolding and such).

i am happy to see it help found any bugs, and more happy to know they will build it next time 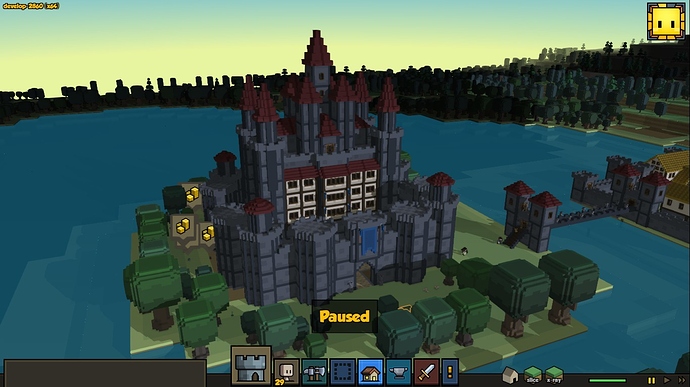 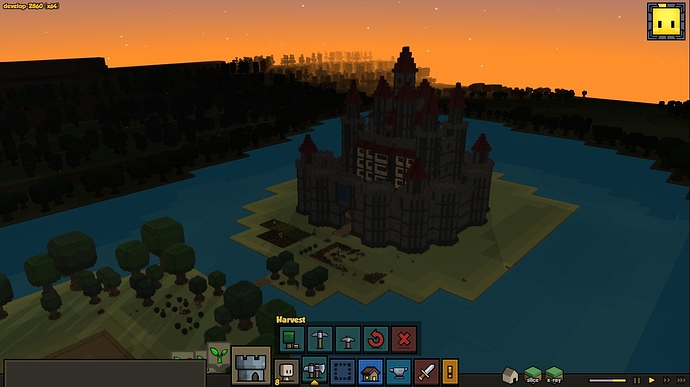 Well, I don’t know if the hearthlings are smart enough to build it completely yet, but the instabuild method works now! Much thanks to Team Radiant for all their hard work to make it happen.

This is the building I have been attemping to build 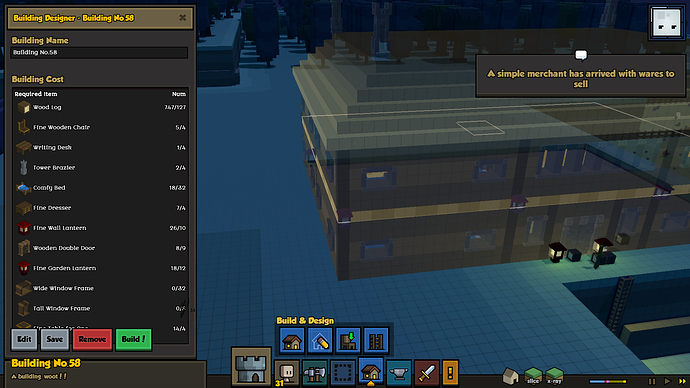 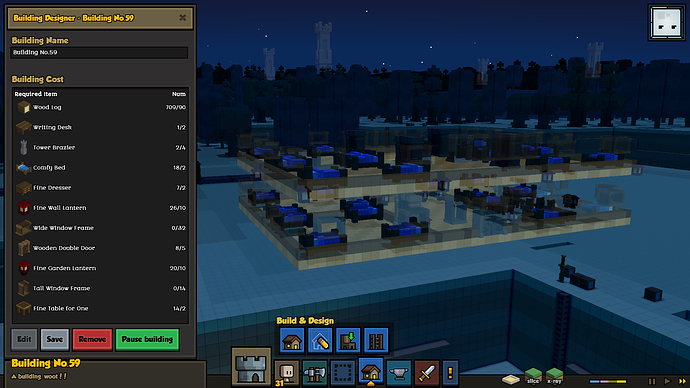 When I confirm and attempt to build it, this error pops up :

I have also been recieving these errors on load :

Build 2876: This one almost gets built. The oriel starting on the second floor won’t get finished, though, due to slabs being attached in front of only the upper half of the wall. Result: Third floor gets completed before that part is done, leaving the Hearthlings unable to finish it.
Almostdone.zip (92.4 KB)

Other than that, the new build already feels heaps better than ever before, building wise. Keep up the great work.

Thanks for the template! This was the result of an awfully old bug whereby free-standing walls wouldn’t merge with adjacent structures (like the floor) correctly. Should be fixed for next build (but will require designing the structure again, sorry!)

Okay, Almostdone now builds (it was a structure dependency issue, so a nice and subtle bug that’s been waiting around for me to squash it.) Your “wall2876” is weird though, there seem to be two overlapping walls causing an issue. Any idea how you managed to lay down that structure?