Welcome one and all to the beautiful town of Wateru Lookinat, the village on the lake! I had started out building it for stream 300, but I started it waaaaaaaaay too late for that. Still, I couldn’t not show it off. I worked so hard on this! It’s my first actually completed project

Now, onto the story.

Once upon a time in the land of Hearth…

Seven brave souls set off into the unknown wilds to find a new home. They knew they would need a place where they could find many resources and make plenty of food for their tables, but their top priority was to build a home that could keep them safe. 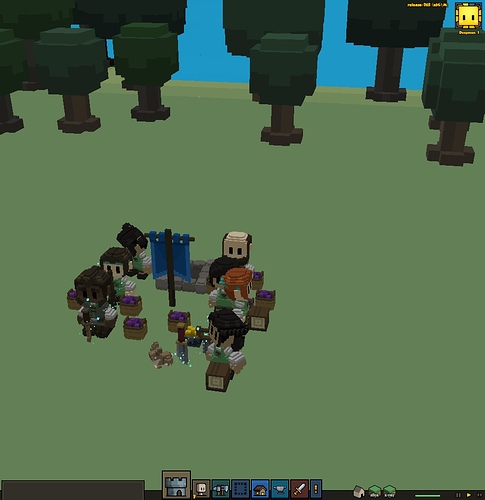 At first, they struggled to decide what would be best for their town. A city on a mountain? A treetop village perhaps?

Then one hearthling had an idea. “Why not a village on the lake?” 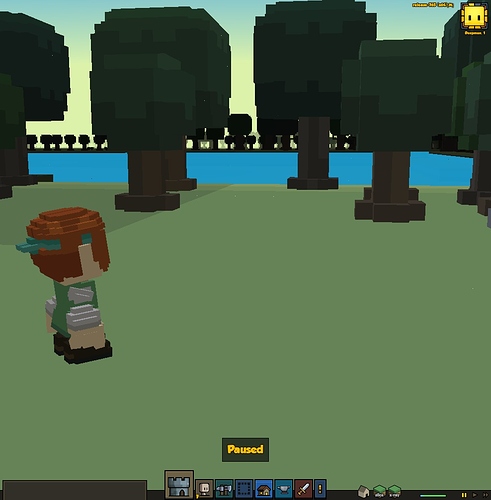 And so construction began. It was a long and perilous road, but after many months of toil their work paid off.
The town was named Wateru Lookinat, as their mayor has an… interesting sense of humor. 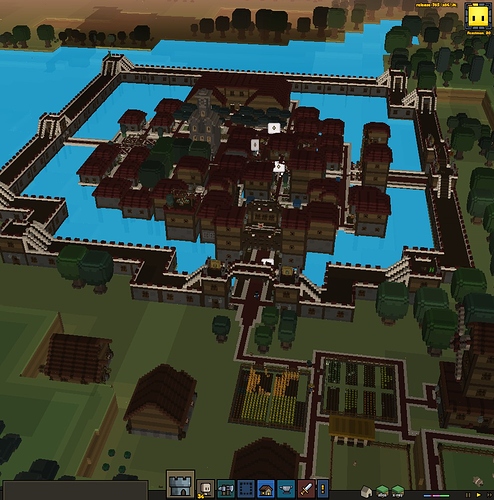 The Lake village is well visited by traders and merchants who frequent their market square. 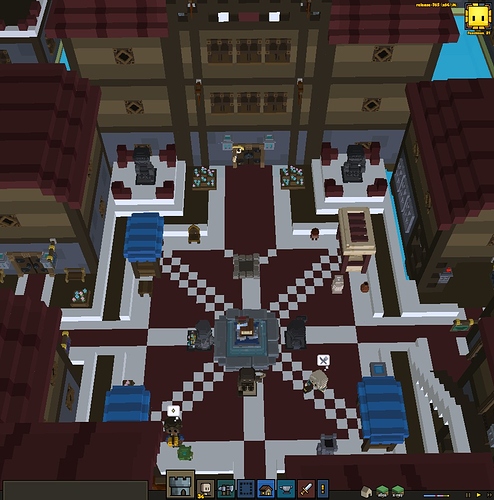 Because of this, they decided to build a grand hotel for these travelers to lay their heads when they visit. 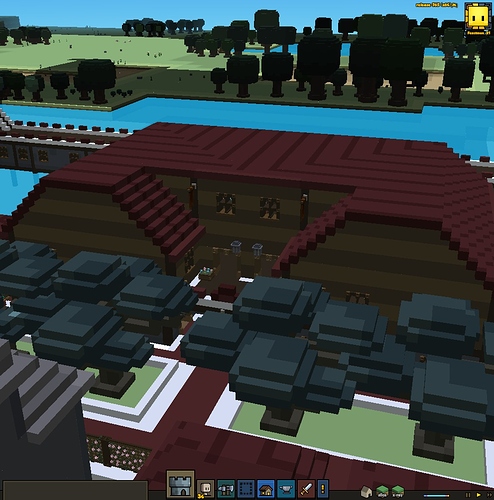 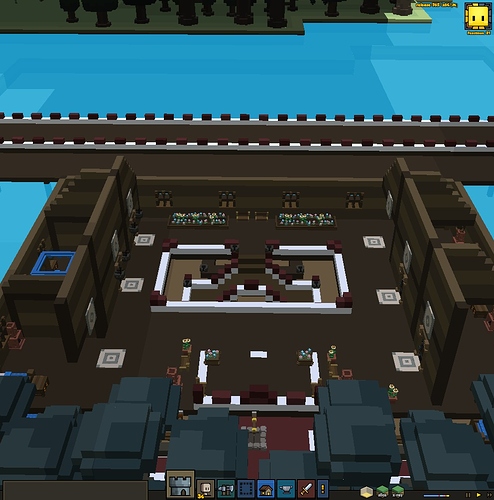 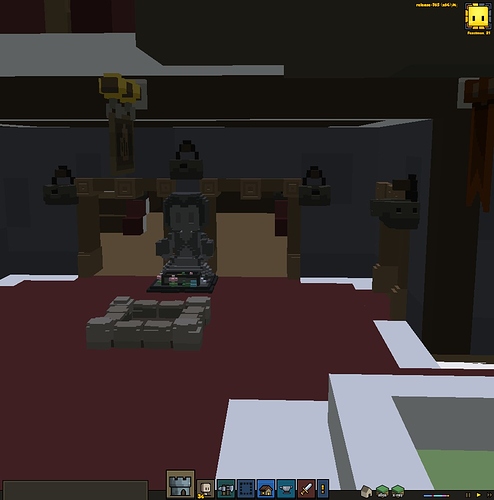 And a cathedral where they may worship and say their morning prayers. 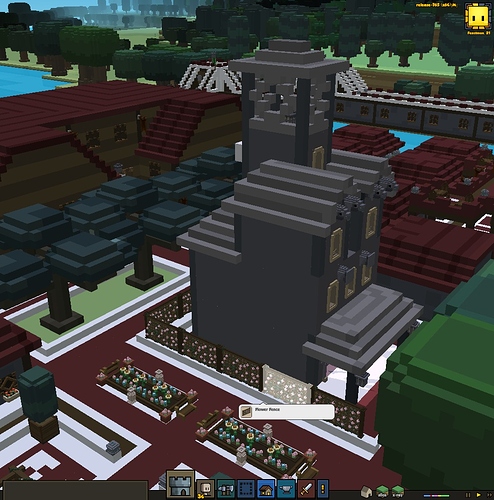 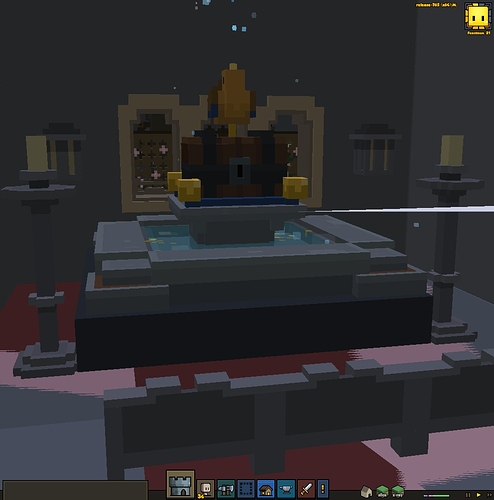 Not that there aren’t places for the native hearthlings to gather also.
The town square where they gather at night. 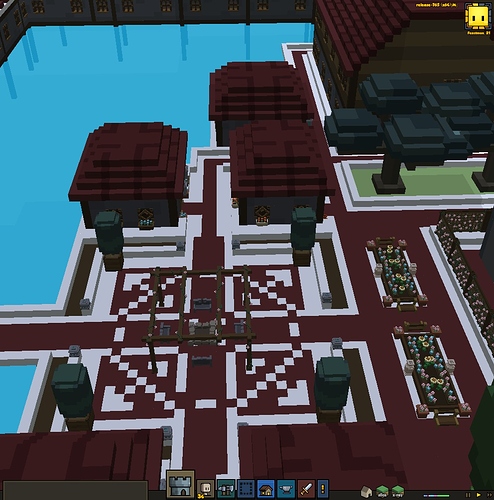 And the food court where they all come together to eat in fellowship. 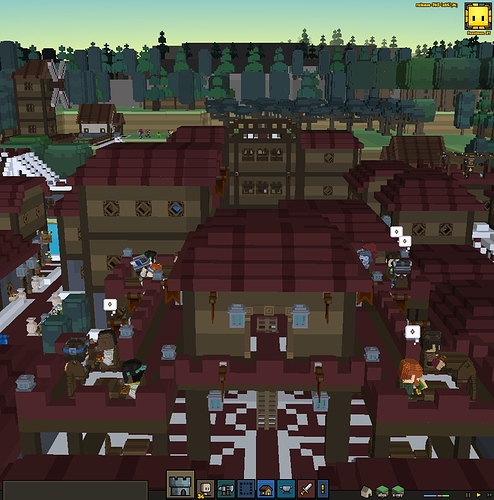 And of course, the farm cannot be forgotten. It is the backbone of any village after all. 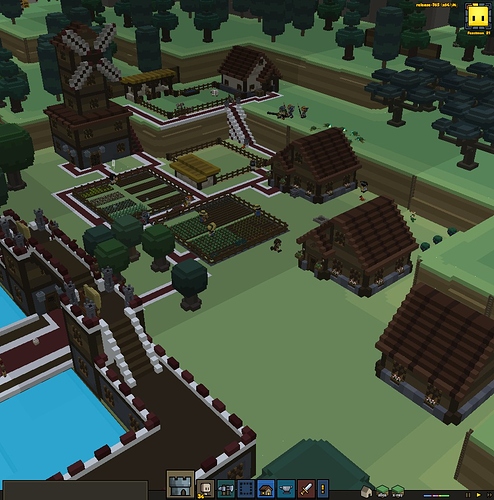 Over all, Wateru Lookinat is a happy, safe, and prosperous village. 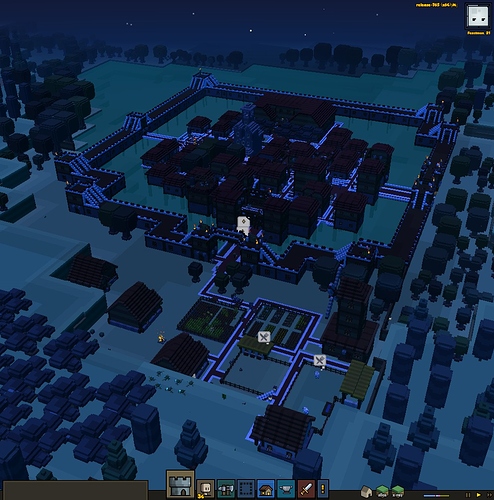 Now, I guess I should probably tell you my list of mods. I used…

I should also give some credit. The shepards house/sheep pen, the poyo coop, and the farm plots are not mine. They are some of micheal_handy76_mh’s silverthorn templates. I did make the other houses on the farm, I just made them in a silverthorne-ish style to match better.

Lovely, thank you for sharing!

Thank you and you’re welcome