"the forge" template is a hearthling killer

Summary: the “The Forge” building template for Rayyas children is a hearthling killer.
i already lost 4 people simply by them building the Template, and just one of them getting stuck under the stairs.

Expected Results: no hearthlings die in the building process

Actual Results: a hearthling gets stuck under the stairs and has to starve 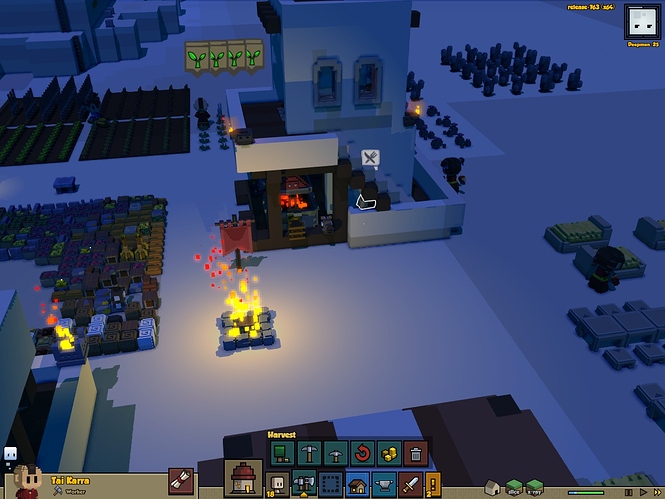 NOt a bug due to it being to close to under the stairs, no path for the hearth to get out. at least thats what it looks like to me. the size of the forge is 4x4

He got trapped during the construction of the building and it’s impossible to get him out of there without teleport. I had that happening to me once, the blacksmith himself fell asleep under the stairs while the building was in progress and the hearthlings trapped him there

We will check all the templates again when the new building editor is done to verify this issues.

its only the forge, all the others seem fine to me (at least when it comes to rayyas children)

Easily fixed by putting a sort of support colum under that stair isn’t it?
As long as no 1x1x3 spaces exist there a heartling can’t get stuck.
Had this problem too when I did partially hollow walls. Solved it by making sure that there were no holes of that size in enclosed spaces (usually a tactful block here and there is enough)

This also happened to me when I built a bridge with 4x4 pylons that were hollow, it looks like it was time to appease the Bunny God and the other Hearthlings went Full Wickerman and entombed him alive D:

they removed the forge template now anyways… i liked its design… now however we have another box for the children of the desert :x

Are you sure? Did you cheack template after get 3lvl town?

The Blackforest Inn for The Ascendency is a Hearthling killer as well, I’ve had up to three get stuck in the roof while building. Frustrating when I had to demolish the building just to get them out, only to watch them get stuck on the second round again.