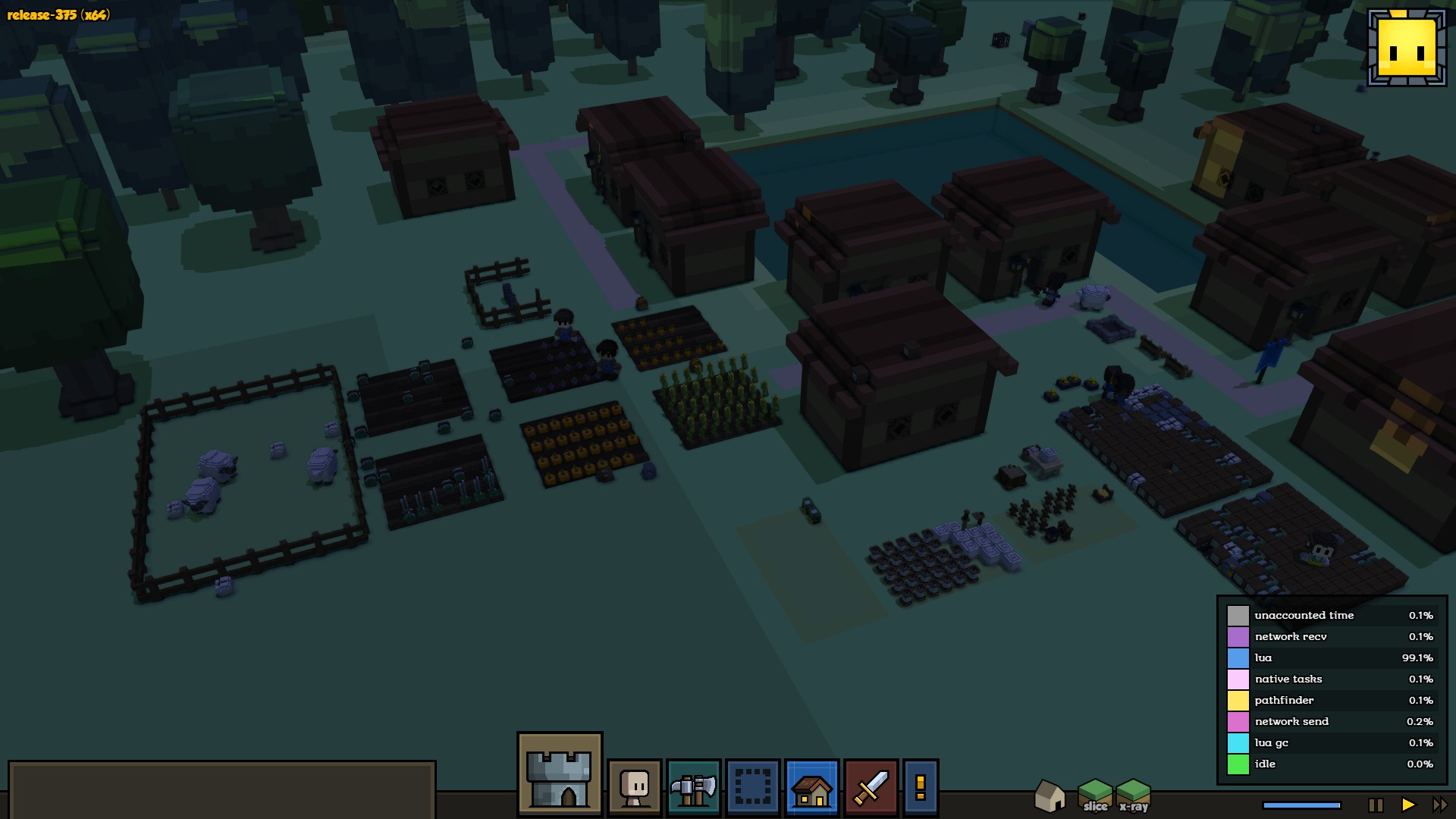 Current state of play - 10 hearthlings, no multistory buildings (they’re all single floor), everything was running fine until about 1 game day ago. But now the LUA has gone entirely bezerk and it’s locked at 100%, and refuses to come back down. As evidenced by the usage chart.

Can provide the save state if that would help you guys break this down and figure out what’s going on.

Can confirm.
I’ve experienced the exact same thing, although LUA was locked at around 93% for me, allowing my Hearthlings to jitter ever so slightly.

/edit/
This was under somewhat the same instance, I think I had around 11 Hearthlings, and it happened around the time when I was ordering a couple of my partied groups (2 parties with 2 footmen each) to attack some goblins. However it looked like some of them were getting stuck around with pathfinding and weren’t listening to my attack flag command.

this is a known issue, and has been reported many times, im sure that TR will get to work on finding the cause of the bug soon.