Please help idk what is this

Hello, idk what is going on, but i think your game not for my video card 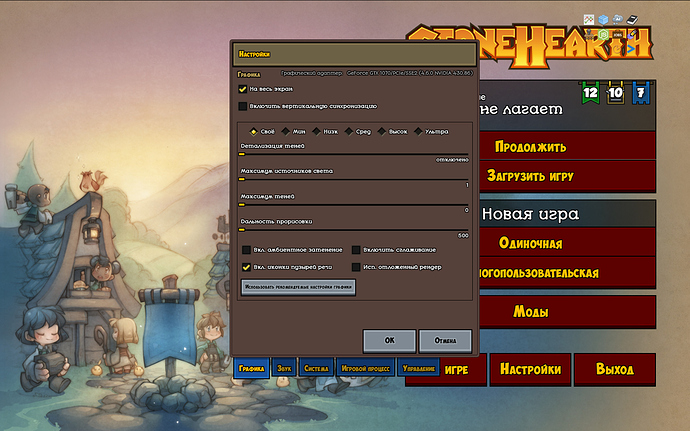 This picture is my video card

So it’s because of mods? Just a game without mods I have already completed 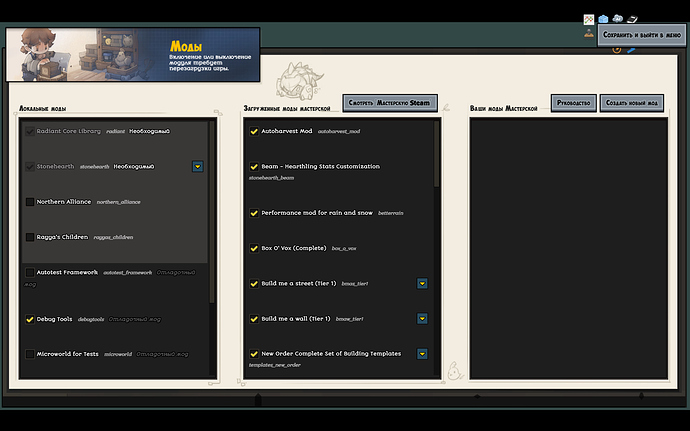 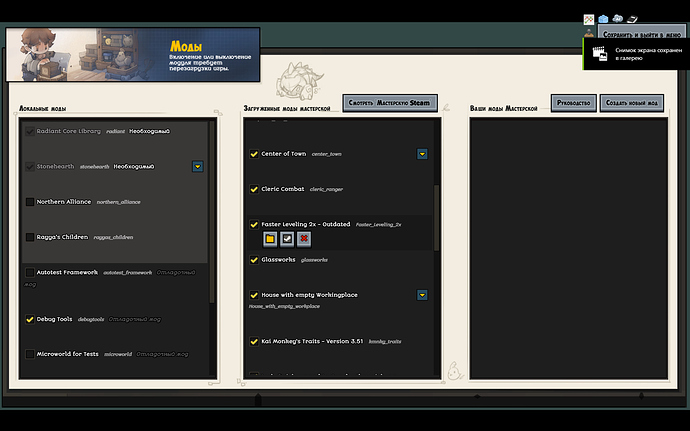 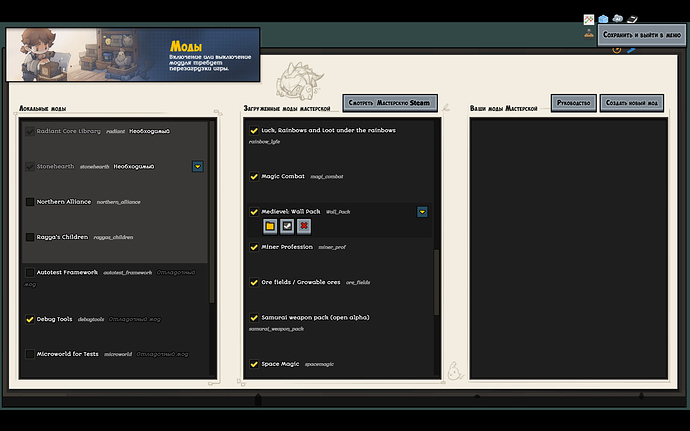 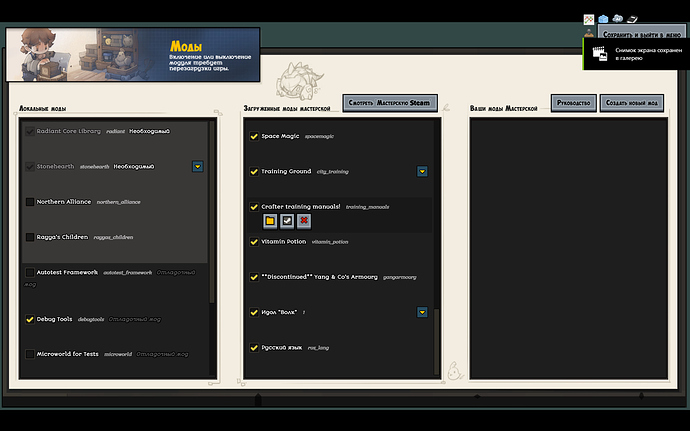 2 mods are outdated or discontinued, turn them off
is the other mod in cyrrilic letters a template mod

You have Glassworks mod, but I think it also requires Dani’s Core Mod to work properly too. Find it going through this message thread: Dani’s Modding Corner

it is in the name of the mods

There are 2 mods with discontinued or outdated in their titles. These ones: “Faster Leveling 2x - Outdated”, and " Discontinued Yang & Co’s Armoury." It was suggested that you could disable those ones as well.

i have delete this mods, but the problem has not disappeared

Did you also get Dani’s Core Mod? If you use Glassworks mod you need that. Otherwise disable Glassworks for now and try again.

No, don’t work. (Maybe i do something wrong)