I think we have our faction name then

As a teaser, I pushed these out a few days ago, but wanted to wait til I had made more progress on other things. This will be a bit of a process, and again, I have no time-frame for when it will be ready, but I will post as I go. Feedback is always welcomed:)

Based off of the standard already in-game, the Big wall banner: 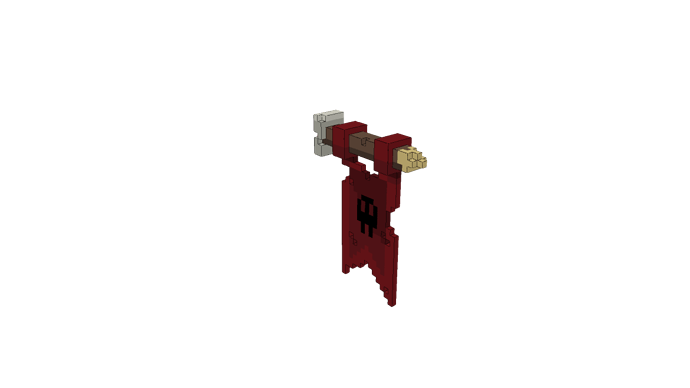 Put to use some rust colored voxels on the tools…not 100% i like the outcome just yet, so this could be a ways off…but here is the pick and work hammer.: 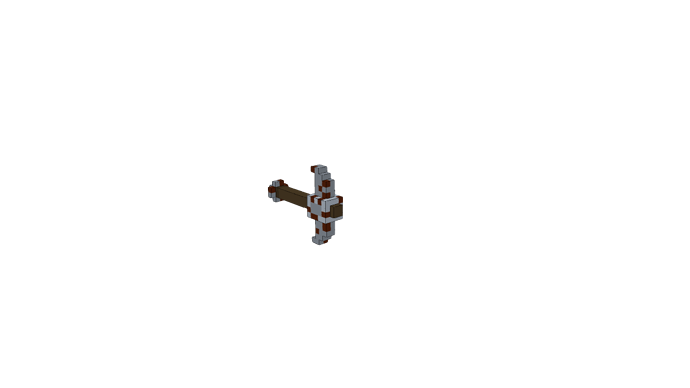 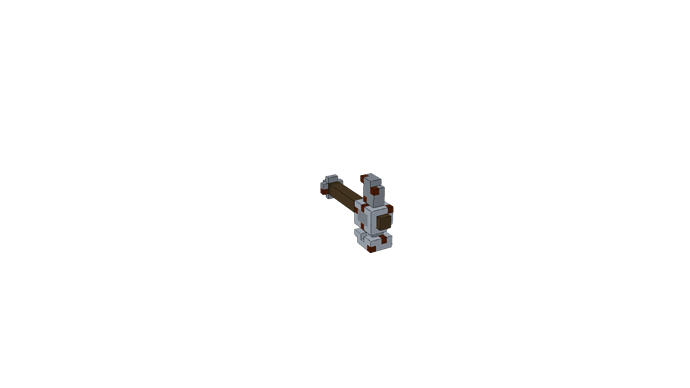 the banner is pretty awesome.

Looking at them more, I am really not happy with the way the tools came about. So I think for the time being, I am just going to leave the tools alone and work on other things like weapons, armor, initial building templates, etc.

I think you need to simplify them more, i mean an orc hammer could be a sting with a rock tied in the end.
It would be horrible but he would be to stupid to know better

Goblins could do something more advanced i suppose but like try something that looks cheaper i guess like a skewed wooden stick with a hammerhead, might have a branch not cut away completely or something like that.

Love this idea, and upset at myself I didn’t think of it. I think I got too tied up in the concept of reusing as much as I could that the concept of modelling things that better fit the theme really passed me by.

I will take these to heart and see what all I can conjure up. I like the idea of using the “cruder” technologies. Thanks so much!

Sneak peak at my terrible handwriting and even worse drawing skills…but thankfully it makes sense to me. Contains a rough pass at @Psyduck’s suggestions 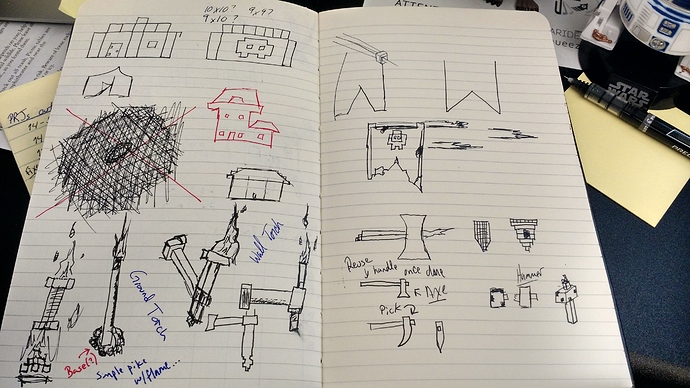 Sorry for the pause…was getting my feet wet with having objects appear in game…so far so good, but having issues with doors snapping to the wall, etc…here is an update, at least for the re-done tools as per @Psyduck’s suggestion. So you can see the axe, hammer, and pick. 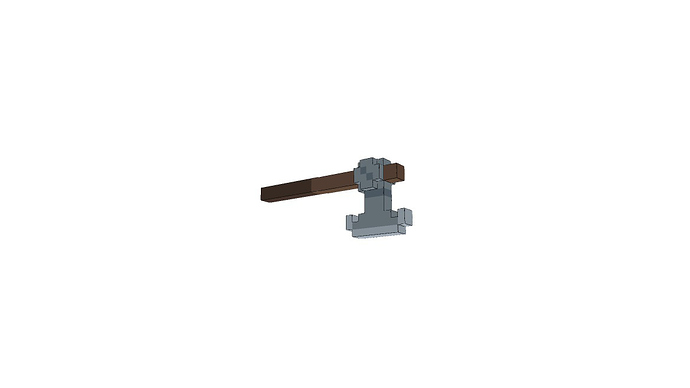 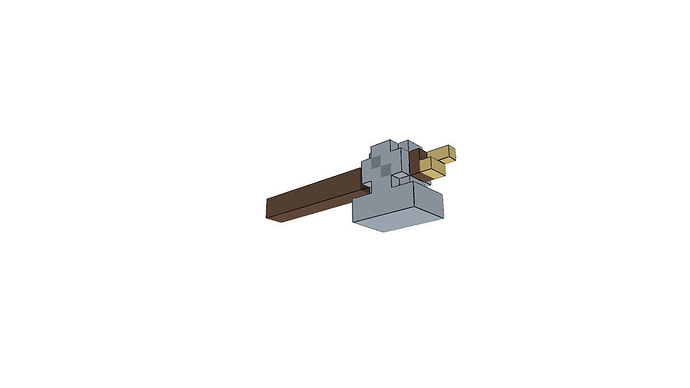 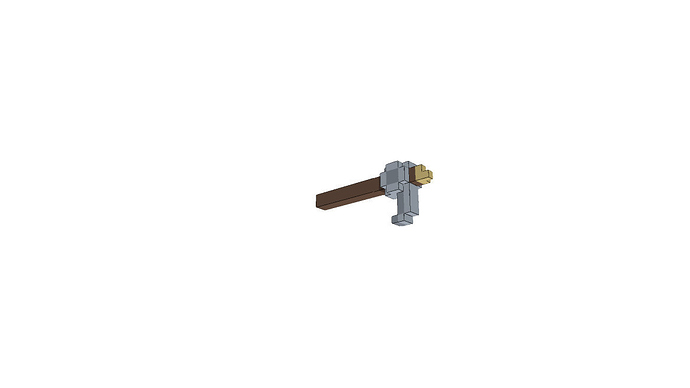 More as I get more items in to the game to start fleshing out some basic templates. Again…long road ahead, but having fun learning how everything pieces together.

I really like those, but I had trouble seeing the hammer as a hammer [and not a dull axe] the first time I looked. Maybe try removing that indent between its connection to the handle and its hitting surface? (Sorry I don’t know the proper hammer terminology

If I am following, you mean make it more of a single piece, rather than one that has the indent?

@coasterspaul, is this kinda what you were thinking? 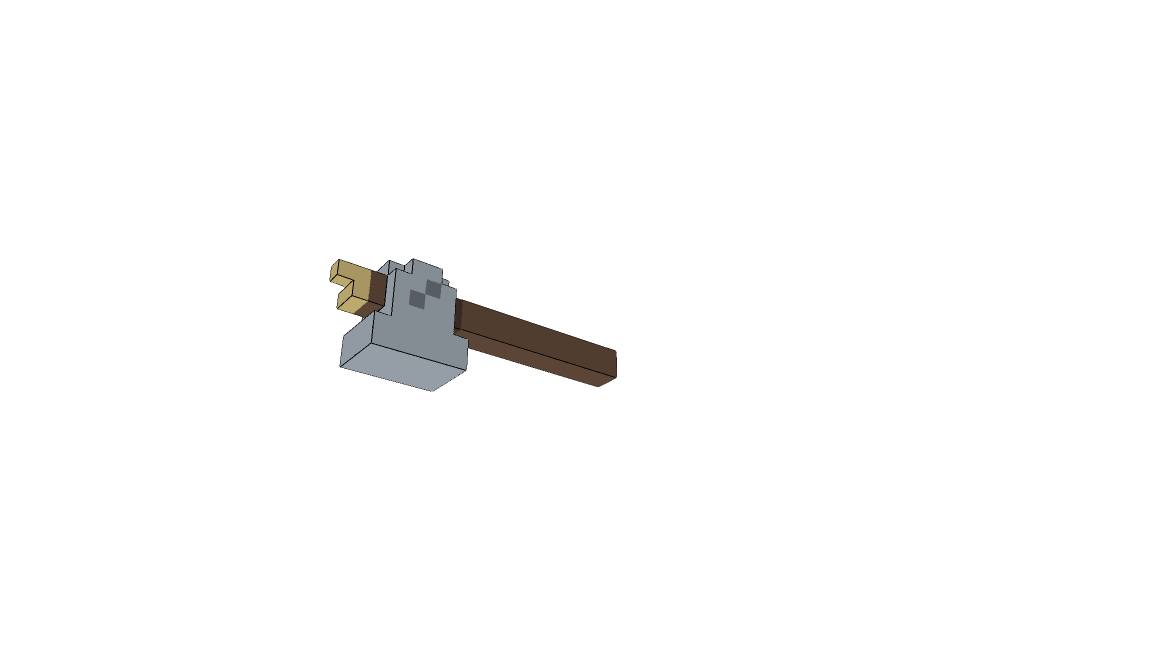 @coasterspaul, is this kinda what you were thinking?

though i’m not coasterspaul, this new version definitely looks like a hammer rather than a dull axe to me

It’s amazing how much more weight a couple of voxels can add. I like that a lot.

Hey FlervaFlerv and Psyduck, I wanted to ask if you guys wanted help with this project. I like the idea and would be glad to help. I can 3D model and animate in qubicle, 3ds max and maya. If you guys want me to make anything in particular just let me know. If you want to see what I can do check out: http://daltonholmes484.jimdo.com/ It’s nothing crazy but I would love to see this project get finished. Thanks guys.

I assure you I have not disappeared. Life got a bit in the way, but I am planning on making a little bit of progress starting again tomorrow

This is a mod that will be done within 3 months at the most to make orcs an available race to play as since it adds immersion (also its just awesome to have :P) one thing i need the community to help with the most though is the AI for the Ascendency (idk how to spell it lol) as a independent thing like the goblins were originally, unless you want to fight your own kind i guess P.S. This is a simplistic setup that will be used, it is a modified Rayya’s children file since i don’t know how to mak…

I will be stepping back to allow other’s creativity to thrive.

Guess I didn’t see the dates, just saw it was bumped by responses…silly brain…back to working on things to see if I can make more progress on the little greenies, then

I always get excited, then disappointed, when an old mod thread gets bumped and then it’s just someone saying that it would be cool or asking if it’s up to date. Unfortunately, this happens a lot.

Another door…slow going getting back into things, but having fun doing it nonetheless 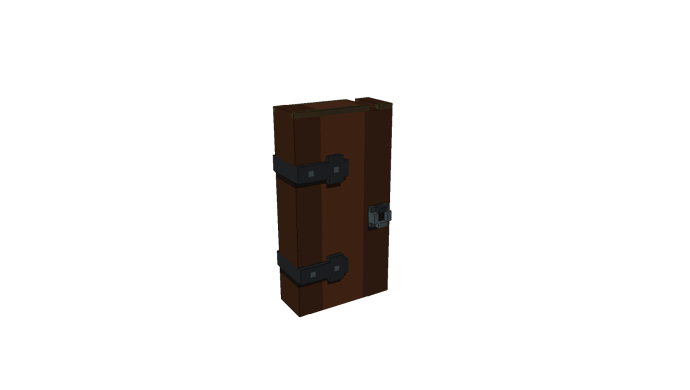