Pet raccoon stuck in blocks of building and starving 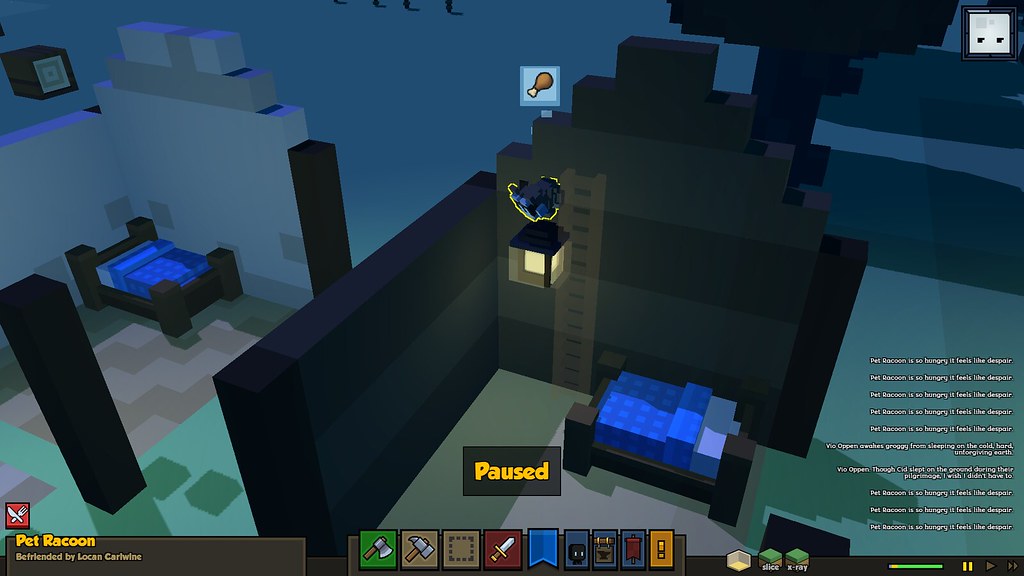 Pet raccoon is stuck within the building on top of a lamp. Starving messages alerted me to the situation. Cued up a ladder to be built, but hearthlings have not prioritized it even though it appears several hearthlings do not have a current task.

Poor raccoon! I almost feel sorry for the guy.

Except he’s a raccoon. No feeling sorry for raccoons!

What happens… you know… when it ‘passes on?’

Does it leave a tiny tombstone? Or a piece of jerky??

Does it leave a tiny tombstone? Or a piece of jerky??

more importantly, is it bad etiquette to eat said jerky?

ahem can anyone confirm? any other stranded raccoons?

i have a stranded settler - is this equal? an new immigrant spawn on a edge under a cliff - i have to make a letter to get him up ^^

sry no pic - overlay issue again (but i think i have resolved it now?)

I had a squirrel (i think it was… cute either way) that ended up stranded on the roof of a new building because the scaffolding was removed. He survived however! =)

thanks for the confirmation!

Personally i think it’s far from a pressing issue, but i did become a little attached to the black squirrel of awesomeness =)

Edit:
PS: Forgot to mention, got a heck of a chuckle from the survival of the fittest remark!