I dont know if this is a bug or intended

I think this is all reported, don’t worry.

Progress in what exactly? 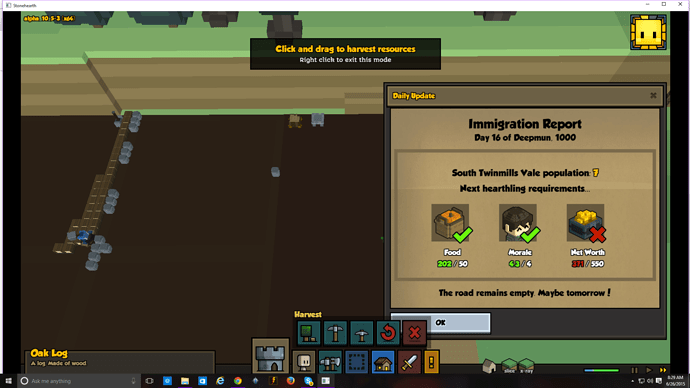 Try to select a more strategic starting point for your next town. For me it worked well to look for starting points which are either surrounded by mountains or water on 3 sides. You can easily block the 4th side with some walls / fences and start growing your city until you feel comfortable to face the Goblins.

Any chance you stole one of the goblins camfires rather than destroying it? Bad stuff happens if you do that.

They are furniture. Basically just decorations for now.

Skit:
Tom was about to place a goblin token near the wall of his house when all the sudden the eyes started glowing and it started laughing at him. Tom instinctively threw the goblin token into the mine shaft where it exploded injuring 4 towns folk and breaking 50 blocks finding 3 lumps of coal and a hunk o stone

i have goblin honor tokens (27 of them now )

You lucky, lucky soul. There was a time when every goblin dropped a token. Towns were filled with them - tens of them, then dozens, then hundreds… Eventually, they left the game completely. For a while I kind of missed them. I’m just glad they returned - and in much smaller number.

George: i dont care if were under attack im tired im going to sleep right here using this lump of coal as a pillow … George was slain by zombies …

Tom: What an idiot. apparently training tought him nothing Uproot his gravestone

In the gameplay of that screenshot (the one with 371 net worth) was where you were having massive amounts of goblins?
That’s crazy…