Getting to raya tier 2 builds

Hi all, trying out raya in alpha 19. Wanted to get to tier 2 builds and usally the easy way is the crafters challenge. As you know you need to make a trading goods monument. However there is a small problem i’m facing. I don’t get any wood traders and i can’t make the red wooden park bench anymore. Every bench turns out a fine bench with yellow parts to it. I did notice before that all fine items from the carpenter had some visual changes. You are now depended on a wood trader showing up but i’ve not seen any for the raya’s. All other types of traders have appeared. 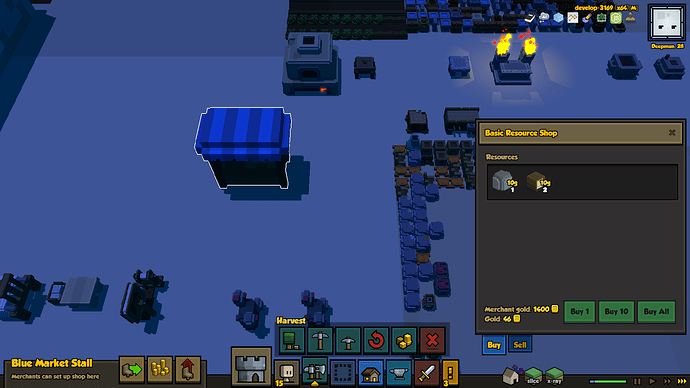 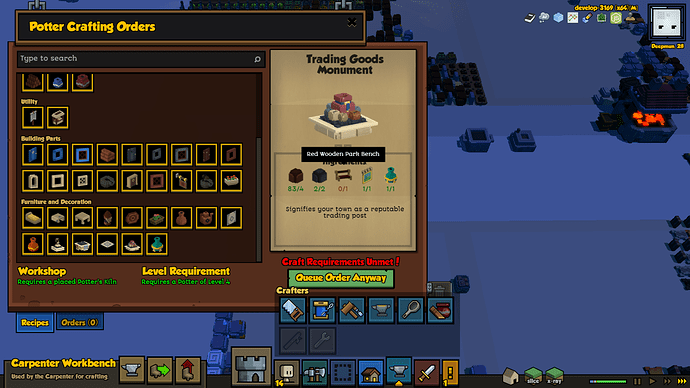 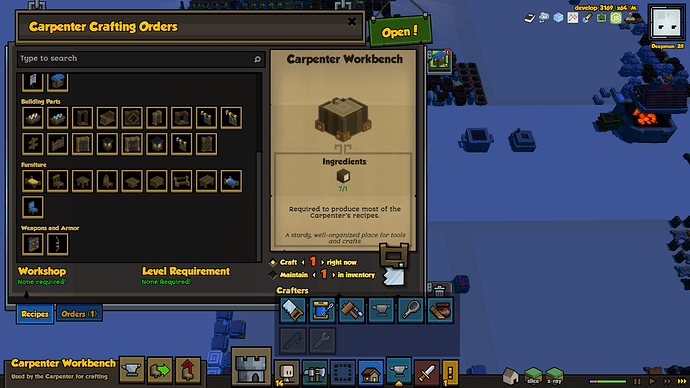 In last night’s stream @yshan mentioned that you would need to get the bench from a special trader - not the kind that has a store but the kind that offers you x for y. You just need to be patient.

That bench was the fine version of common benches up to a17. In a18 that bench became a rare item from shops and we now have a proper “gold” fine version. (The same thing happened with the wooden lanterns)

i know that one, was just that even when getting to 20 villagers, 12 fields of food and 20 structures i have not gotten an single trader or any give me this for that person all that time

I’m seeing that the shop that sells it has a quite low chance to appear, I assume it’s intended for this quest

Might have to go a different route for Rayya’s children.

I actually found the crafter fountain the hardest for me (with ascendancy). I guess it was just me not wanting to hurt the natural terrain which made leveling the potter super hard (for one of the pots required in the fountain recipe)

I’m stuck here as well. It’s been five in-game months and I’m up to 14k town value. I have yet to be offered a wooden bench, and I’ve only once been offered sunflowers, but I don’t have enough. The combat shrine no longer appears to be attainable since goblins don’t spawn for me anymore since I’ve got too much value.

Thanks for the feedback! The wooden bench is sold by the woodcutter’s shop in RC but the shop doesn’t show up often. I may change that ingredient depending on how it feels in comparison to the other RC tier 2 quests. By combat shrine, do you mean the valor statue in ascendancy or the monkey shrine in Rayya’s Children?

I haven’t seen the travelling wood shop yet. When I said combat shrine, I guess I meant the monkey shrine. I could have sworn I saw it took goblin totems, but it takes books that drop from the necromancer? The two graveyards that have popped up look kind of neat and they leave me well enough alone so I planned on letting them be.

Maybe I’ll give it another month to see if the woodcutter appears or a trader offers me two more sunflowers. I already have more buildings than hearthlings but I guess a few more won’t hurt. Thanks for the response.

if the woodcutter appears

In the latest build that was released yesterday on Steam, it has been changed so that the recipe takes a fine large crate instead of the red wooden bench.

Also, welcome to the forum, @Milaga!