So idk about you guys but the stream last night (Feb/9) was awesome. I’m really excited for the customablility that we have to look forward to in the next few alphas! However, it got me thinking. I know for me one of my favorite things about Stonehearth is the amazing customability options it has for building. That’s not so say the building UI needs a bit of work, which @micheal_handy76_mh keeps pointing out ;), but where it does currently offer is amazing.
I would love the same customability with my Hearthlings. Maybe let the weaver build clothes (and save them as templates) for my hearthlings to wear, let me make them look different in terms of cloths, not just skin tone or facial hair. As the game is now they only way to prioritize certain items is by lvl. Say for instance I want to have a city watch that has spears (but still want them to use swords when they fight because they are the best weapons in the game now) the only way I can have them only has spears is to only make spears and I need to be sure that they don’t pick up any other weapon from looting a dead mob or they will hold that item.
Idk if this means let us make customizable outfits for each hearthling or something completely different, but what I am saying is I would love to have more things that let me see my hearthlings as individual citizens instead of a mass of mindless bee drones.

What do you guys think? Do you guys want to have more customization? How would that be achievable?

I would love this. More outfits would be amazing

Define a “uniform” for your military that included weapons. Neat idea. I also like the idea of the Weaver being able to customize clothing. It would be cool if you could design different looking outfits by level. E.g. a Master Blacksmith’s clothing would look different from an Apprentice. Hearthlings could have a customizable favorite color(s) and their outfit would reflect that.

Yeah! I would love to be able to tell the difference between my farmers by lvl, or if your have multiple blacksmiths being able to tell by how the look what lvl they are.

Everything rests(bases) on the tailor(suit). What could be good, it would be the sellers who would sell phials of colors to dye can them of animals for example.

I like the idea of dyes. Opens up another category of goods for traders and or give the Herbalist an alternate upgrade path to a profession that makes dyes? Or just adds to the Herbalist’s recipe book.

I think a manual equip option (per hearthling) would be a great way to go about it, personally. Where the basic standard upgrade is there, but with an override system that if you specifically select a hearthling to equip or wear ‘this’ or ‘that’ instead of the default upgrades, the hearthling will instead deviate from the default and take that option instead. I think it would add a new, unique level of character to our individual hearthlings.
I’m not sure how hard that would be to script in to the current game, but I think it would be a brilliant addition and would add much more immersion to the game, certain hearthlings I have had I’d love to reward. (Currently I just give them the best houses and the best furniture as I develop, but making them unique in their own way via equipment/clothes would be super cool!)
Customised clothing, I’d be all for! Even if it were just a matter of altering the base segment colours. (i.e. Separately altering colours for different sections; chest, back, collar, legs, arms, hands, feet) It would still make a world of difference.

I’m kind of surprised there’s no mods out there for clothing customisation… (Then again, there might be and I may have overlooked it, but I haven’t come across one from my memory of the current)

I hope we get dyes too! But then we also need an option to dye our sheeps? hehe

I hope we get dyes too! But then we also need an option to dye our sheeps? hehe

oh… i never played minecraft, so did not know. I guess its just an obvious thought to colour ones sheep?

To dye sheeps(muttons) would have been able to be a good idea but it is of “already seen”. To buy phials of dye is few to be better ^^ or in the worst to buy some wool but already colored that his(her,its) not lead not too much games(sets) either ^^

@Fornjotr, ah, sorry. It was a thing on MC when it came out: 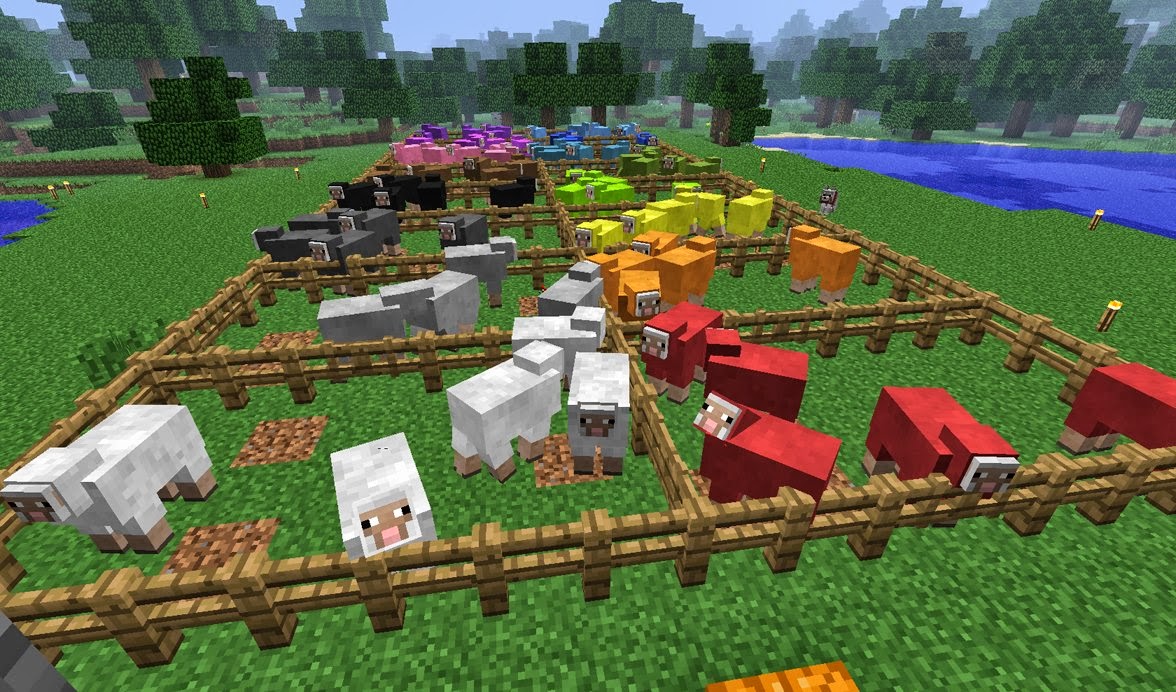 The way MC did it, you could not only dye their wool, but dyed sheep’s wool would regrow in that color after being sheared and would breed true.

I thought dyeing sheep was just a Minecraft thing, but it seems to be real. I doubt it’s as permanent as in the game, though.

Here’s some cute colored sheep I found on Google Images! 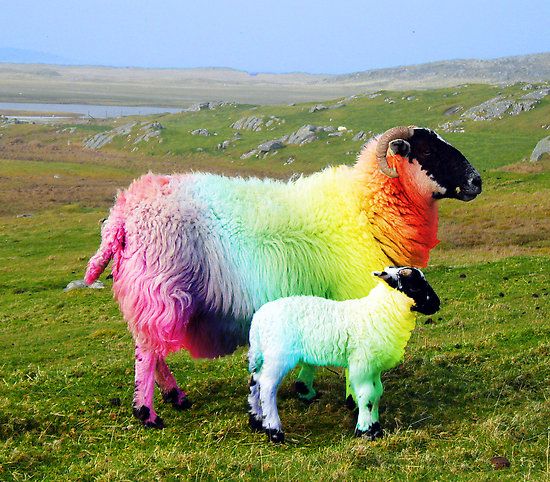 My post with dyeing the sheeps where mostly ment as a joke, but some of those sheeps looks quite satisfied with their coats!

Hmmm ^^ otherwise the tailor(suit) little also make some wool colored a little as the joiner makes of attractive piece of furniture from time to time.