In wake of all the forum drama and general pessimistic views I’ve been reading, lets now CELEBRATE what we’ve done so far in Stonehearth, screen shot your best cities, splendid mods and your most bizarre Goblin slave pens… and - your over the top use of ctrl + c = ib. 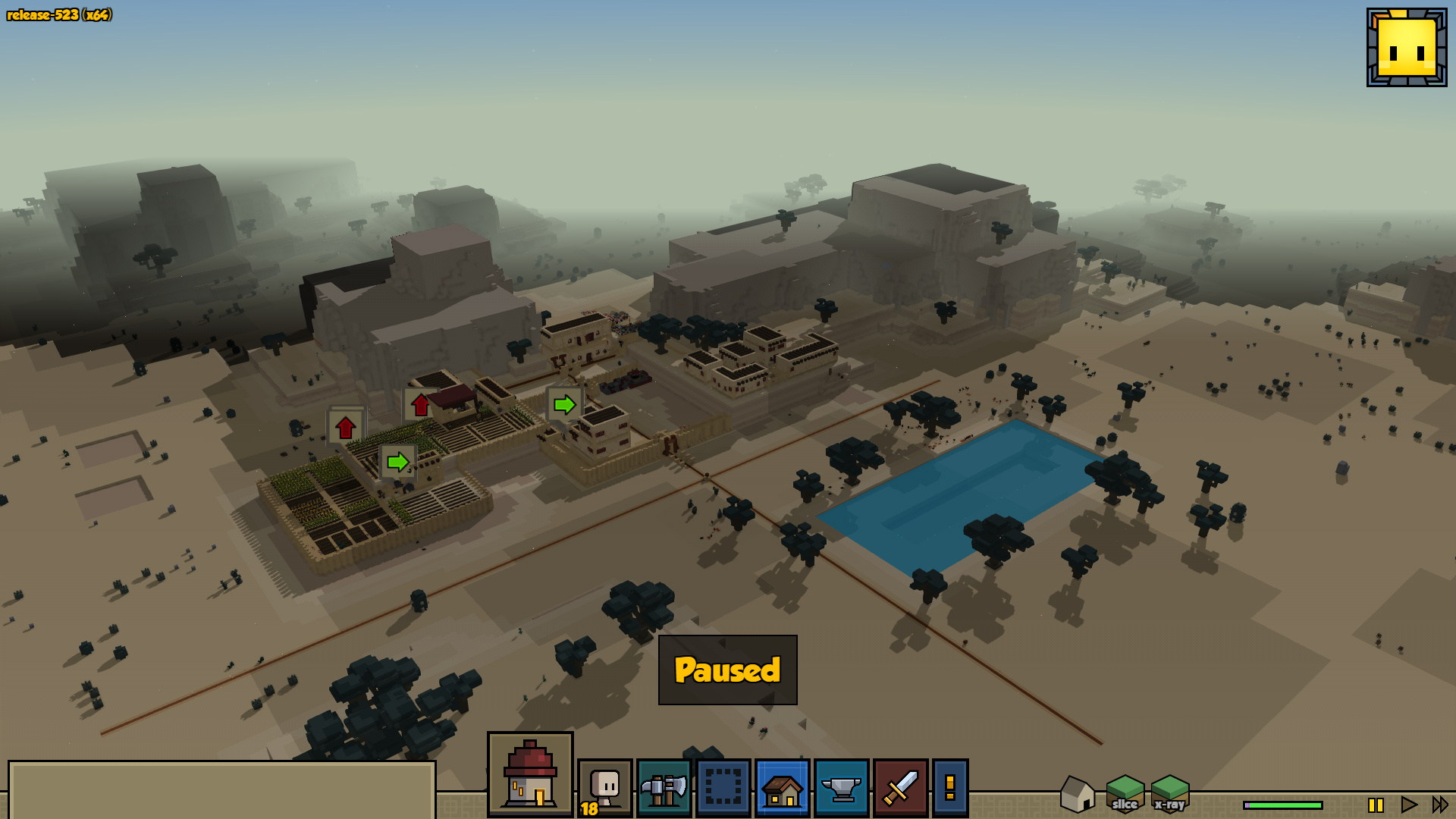 Here’s how the city’s changed - not a great deal, I’ve not had much time to play!

Looking forward for the weekend off, I can get something done then. 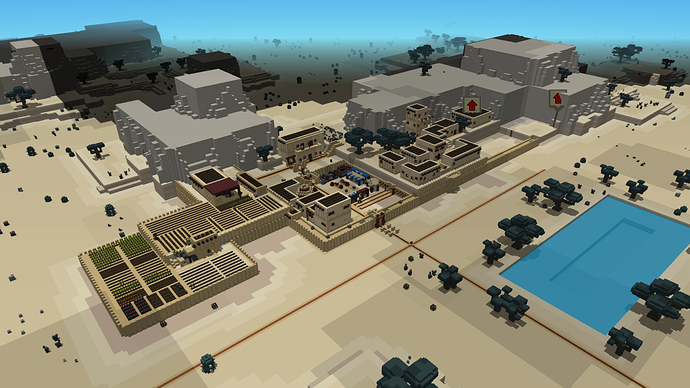 Wow! Lovely! Way to build out on the Rayya’s Children aesthetic!

Below is a link that further details the city, I’ll be updating it when I get some replies to my mosaic thread, I picture some romanesq fighting arena that leads up to the steps of their temple - whilst their not a warrior caste of city, they still look to show their resilience that Ryya blessed them with to survive the perils of living in a desert, warriors against large sand scorpians, or those jackals!! (Really their bunnies, my city just think their evil!!)

I challenge you all to show off YOUR best creations - and no fancy pancy developer / forum support parlor tricks!

Second time I play a Rayya’s children game… last time was months ago with my ancient laptop. I designed some clay wall pieces to stamp out around my settlement: 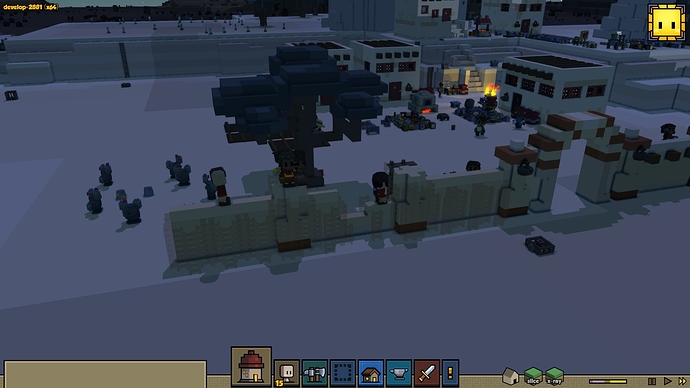 A good while later, after lots of tedious clicking and ladder-building-to-get-rid-of-scaffolding… 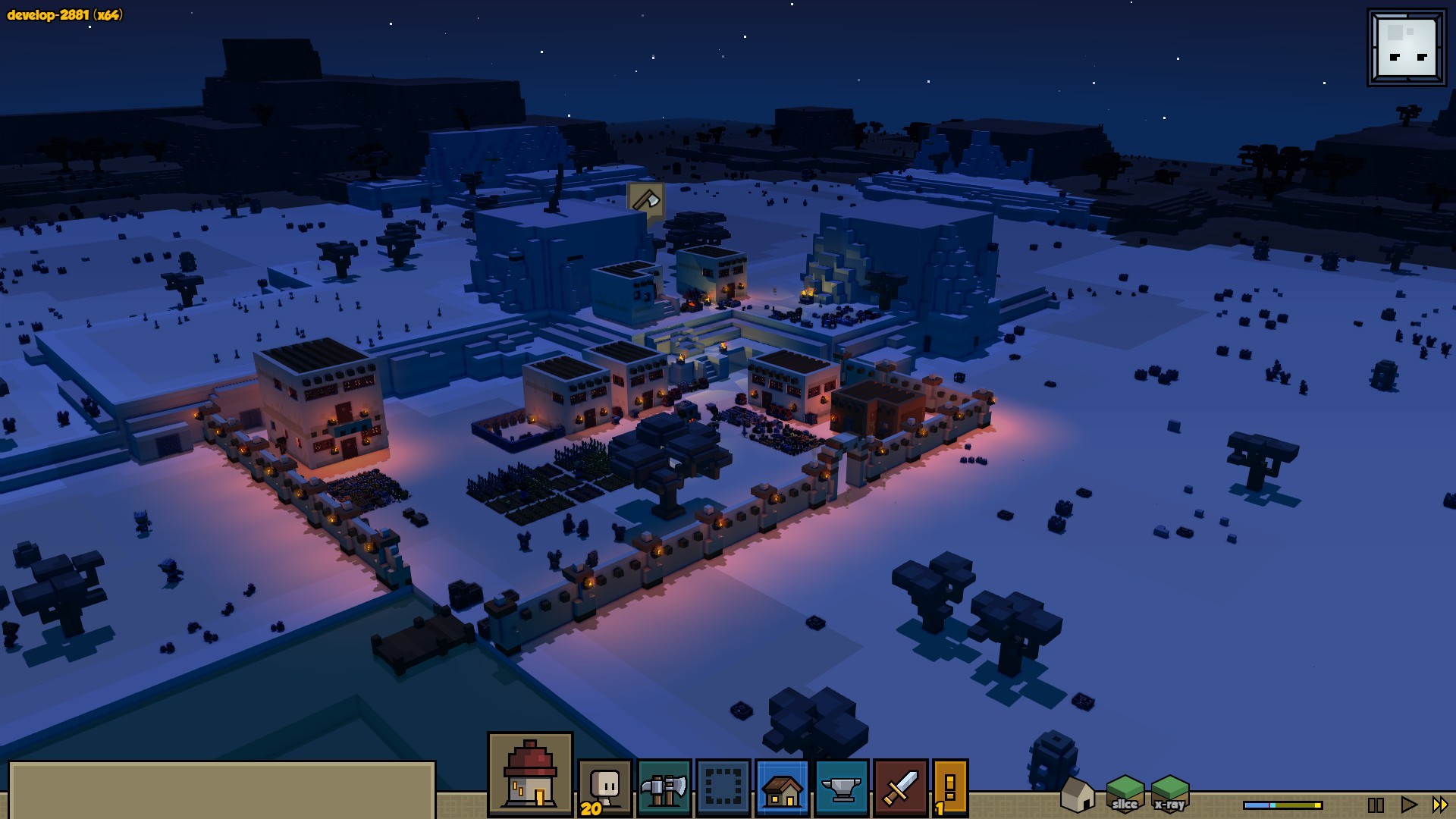 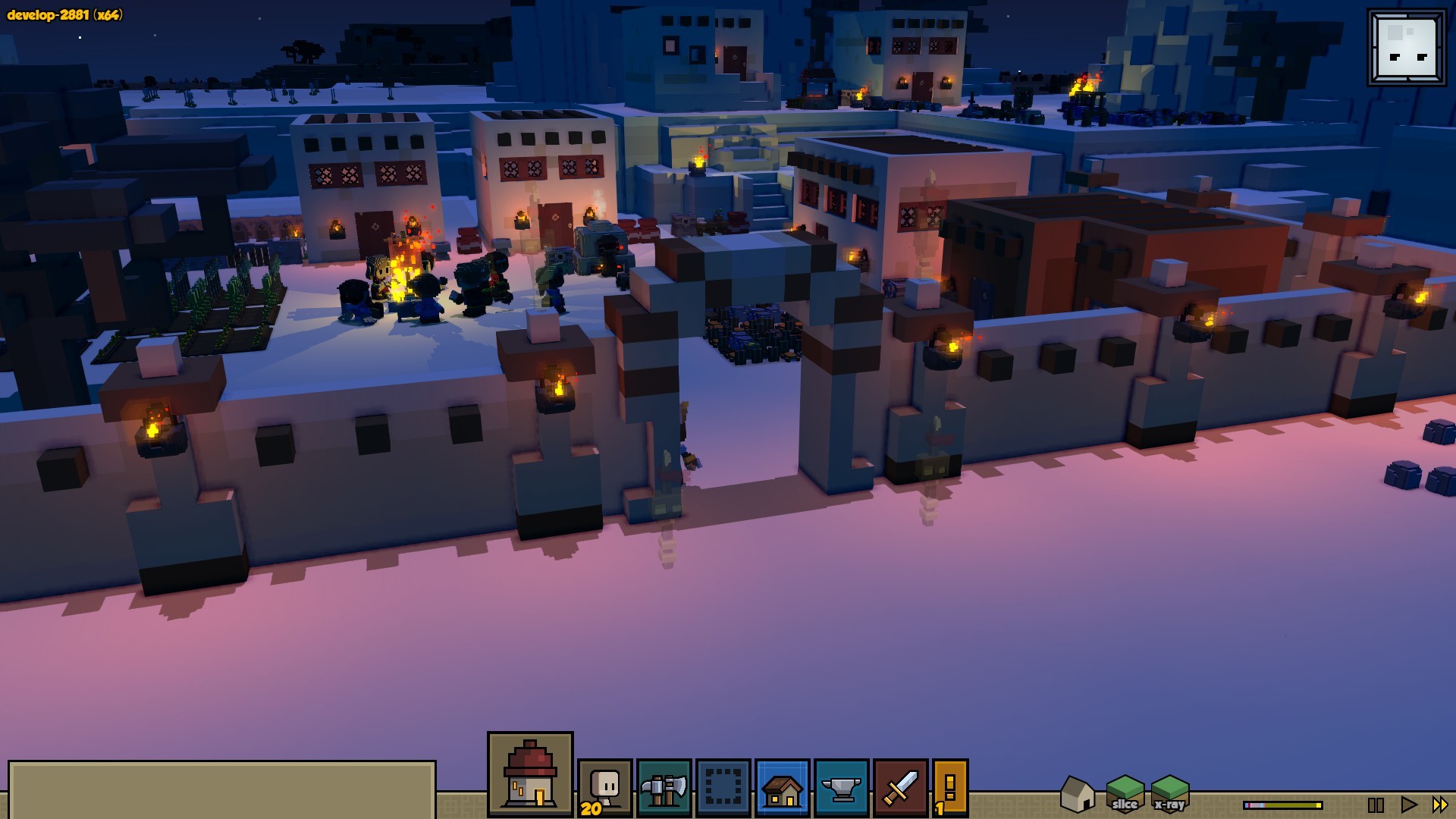 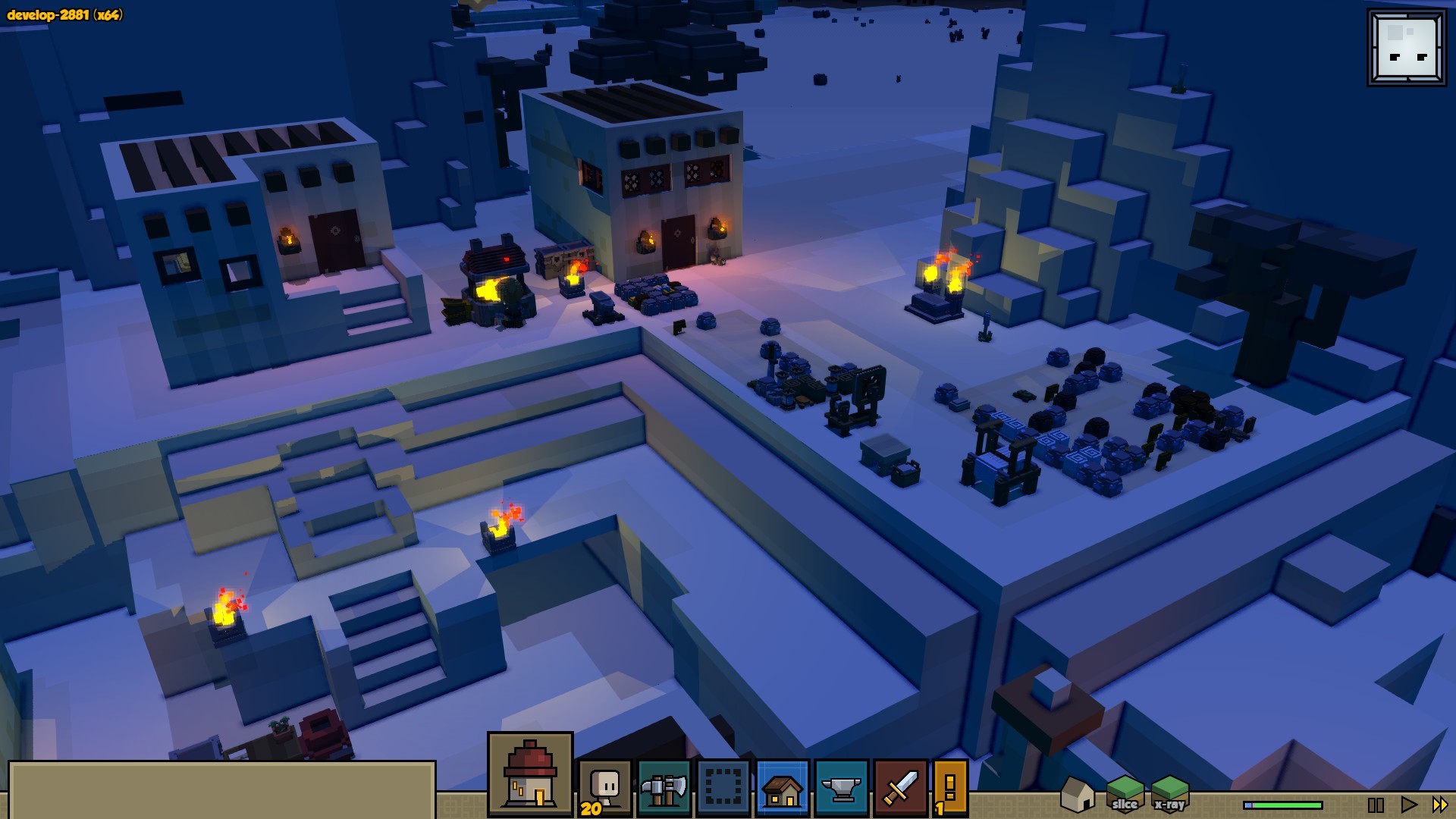 Artisan district, between two mounds. Entrance to an underground quarry beneath this section 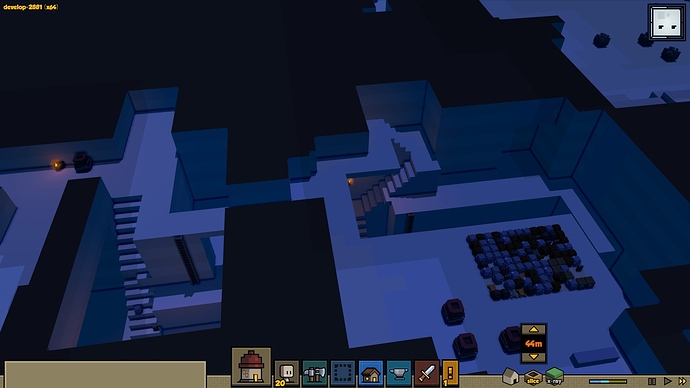 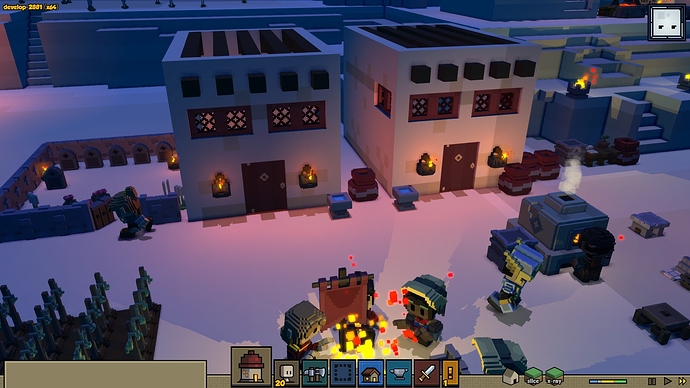 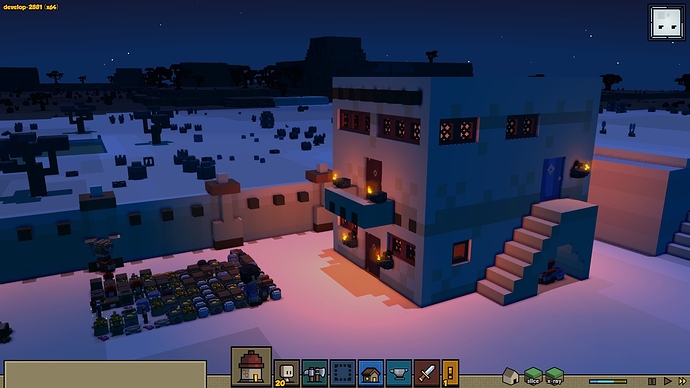 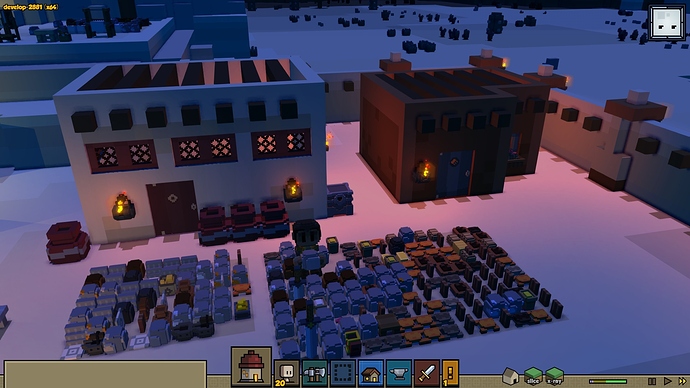 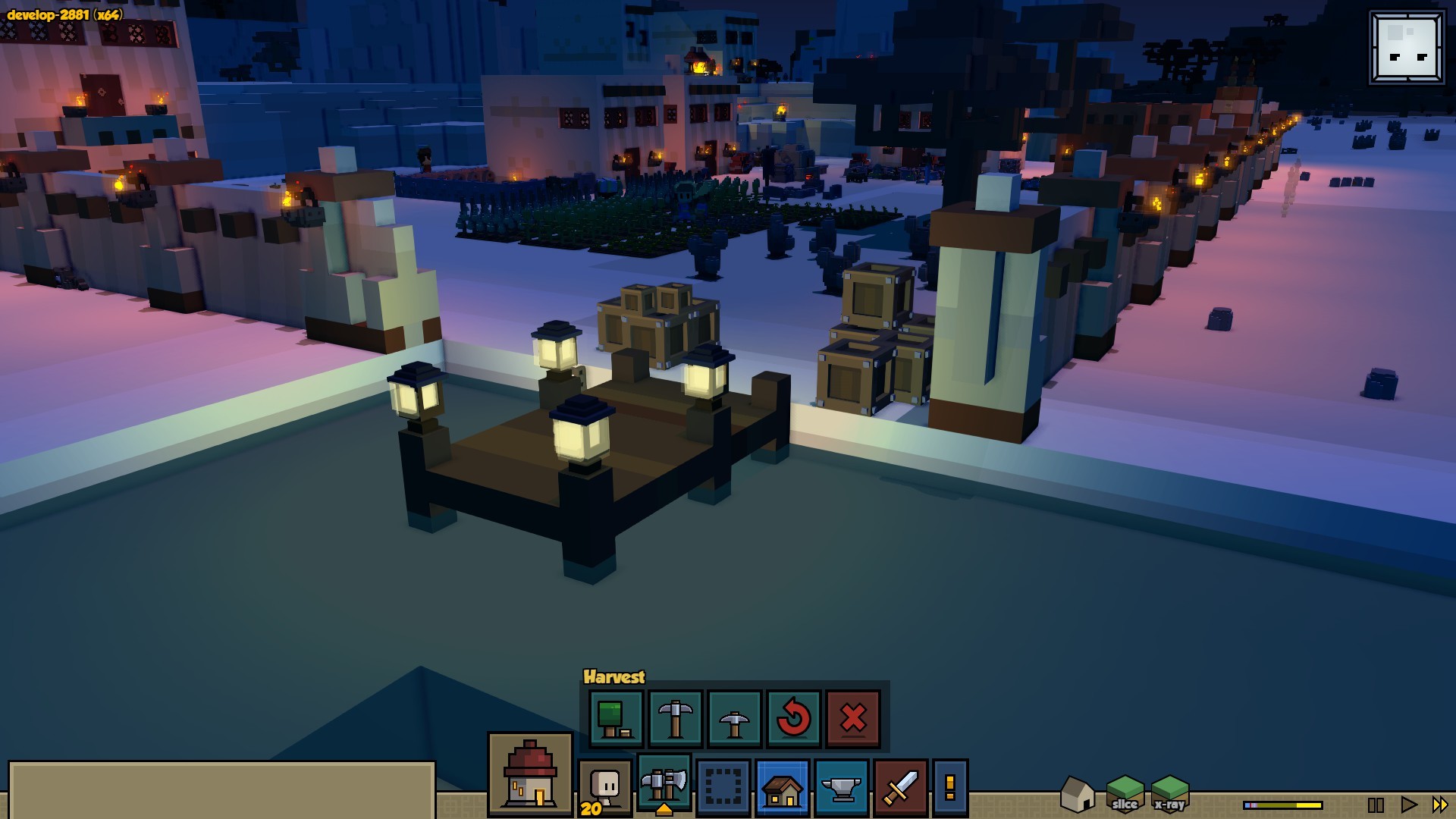 Lastly, the fishing dock by the pond

Too bad the fish ain’t biting… @sdee will it be stocked by April???

Loving the wall types and is more expressive of their architecture than in my own!

Looking at your graveyard - look into using the stone gates to limit Enemy AI pathing, I’ve not been targeted for ages and have regular expeditions sending my force out to fight back the hoards. Lost one person all together, I’ve got 22 now.

Unfortunately, I decided to make all wall pieces 3x3 modules… I think I reached 90-something buildings doing this. I ought to rethink wall segments, maybe make larger units to save on the repetitiveness of clicking on the wall blueprint, “finished editing,” “start building,” “yes I’m sure.”

For the stone gate to have it inclosed in works out as it’s five blocks apart from each post I think? then just build two up, mine is enclosed to not as visible but still. any way, loving it.

I didn’t have issues with pathfinding. It was mostly trappers or people I had sent far away to loot getting caught by surprise by wolves/golems then cowering instead of running. The walls forced all enemies to try and come in by the front entrance, though I had mine shafts and doors letting my footmen through to them in other locations.

Want to try a go at a mosaic? Look up on the first post at the bottom of it, a link there! Looking for some mosaics to feature in my city.

@Battlewrath: you do not want to see my screenshots - all you’d see is a micro world, with some beds, chairs, food, and idling hearthlings that I use for bug replication. Between trying to repro bugs reported here, forum moderation, school, clubs, family, and everything else, I haven’t really had the time to make a huge build.

I didn’t say it had to be amazing - I just said it had to be your creation, I’m sure there is a form of art that can be found from bug testing - have you seen contemporary art these days?

So what will it be @jomaxro , you failing this challenge - I didn’t take you for a quitter! >;D

Well I’m getting ready to fly across the country tomorrow…if I can get Steam to run offline, that’s 5 or so hours on a plane I might be able to get something built for you

Oh, a busy man indeed - I’m thinking you must be a super hero - so you say fly - you mean spread your wings of awesome!

So can I give you a theme for the creation? If so, I’d say buggers paradise - so basically, simulate every hearthling bug you can in one screen shot - mm… and some flaming buildings, I’d like to see that, too.

So can I give you a theme for the creation? If so, I’d say buggers paradise

Problem with that is after a few of those bugs I wouldn’t exactly be able to continue! Don’t worry, I’ll put something together, but don’t expect a masterpiece.

Oh but I do - recall, beauty is in the eye of the beholder - or more, you’re a senior support moderator, you could make my stonehearth forum life difficult - so I’ll say nice things about it any way.

so I’ll say nice things about it any way.

I would much prefer your honest feedback, good or bad!