I have not noticed this again since the new release. I think it’s been resolved! See for example 7:33, 12:54 in the below video.

Something similar happened to a lesser extent near the end of the video (noticeable almost only by looking at the debug information, really), e.g. at 50:29. Not sure if related, although not via farms I think (I had two big’uns, but they were unmanned at the time).

This bug has been fixed, although I have noticed that this new Alpha has brought an onslaught of new bugs.

I suppose, but for the most part they seem less severe to me (perhaps they’re not even new, it’s just that they come out now that the bigger ones have been dealt with?), and the game as a whole is more stable, with far fewer crashes. So, I’m pretty happy

Just downloaded the game and am having the same issue.

How can I avoid this bug while it’s not fixed? Haven’t been playing the last days because of it.

I can’t really pinpoint any cause but the game, at least the non gui visual parts and simulation, has a lag like someone having trouble driving a standard. I can’t explain it better than that. After about 4 hours of letting the game be idle it’s used up to 10GB. That’s the only thing I can get from it, no known cause for the memory leak but a definite memory leak. I’m trying to get a game going where my hearthlings are self sustaining but without any zones so I can let them be and slowly add zones and jobs to see what might make it happen if anything. 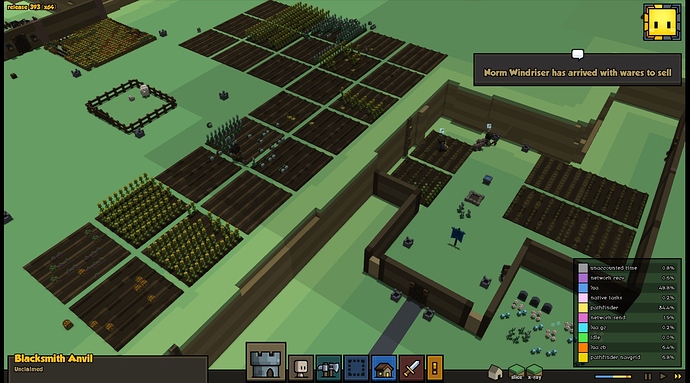 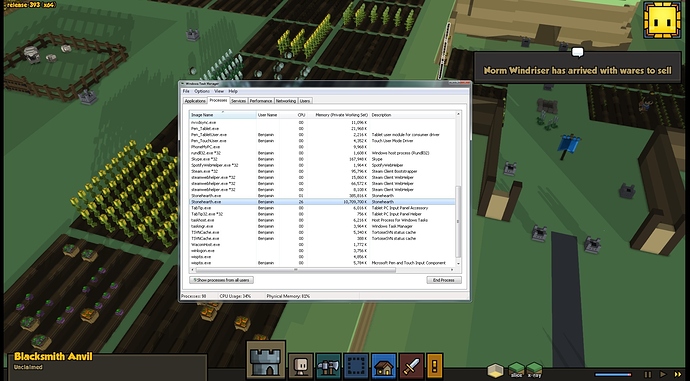 Thanks! We’re taking a look at this.

I fixed one memory leak on our internal build. I think there’s another though…