Archers would not open fire from a high wall

Archers placed on high ground and asked to guard a position would not open fire even if aggressors walk very close to the wall as shown in the image below.

Do note that the chieftain already had that same amount of health while walking pass my city’s wall and did not receive a single shot from either of my archers. Both of my archers did not even bother to open fire as well. 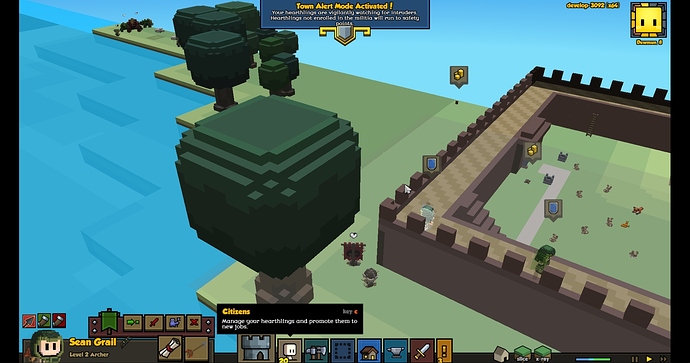 I am not sure if it is related but since a18, when I sentry a squad at a spot, they will not attack enemies when they enter the “white zone” , and only retaliate when the enemies actually attacks them.

Archers need to be standing directly at the edge in order to fire downwards.

Archers need to be standing directly at the edge in order to fire downwards.

Yeah, I noticed that as well, hence the “open” design of my archer platforms…

I have had archers walk down to the enemy to fire on them and they where on a level that is the same height as the enemy.