While I was thinking about different play styles there was one feature to me that seemed like over half would benefit or even need, and that is to send off citizens to start a second or how many you need cities. I think this would help utilizes the infinite world and the biomes that will be implemented because you can make settlements, and paths in between, to ship around resources exclusive to those biomes.

Here is how I think it should be played out (feel free to suggest things in the comments).
First you make a colony flag which will require material from an array of classes to make this a later game feature. This flag will be a different color than the original settlement flag which right now it blue.
Next you send a group of two to three villagers holding the flag and some starting resources to create your new settlement else where.

The purpose I said earlier was to embrace new play styles and one that comes to mind is a thriving economic society where the villagers trade between each other and grow their settlements from the income of foreign resources that are needed to grow. Caravans would travel between these carrying goods and gold, open to attack from goblins and militant players and cpu’s.

Another one is a military play style where you create outpost/forts and occupy them with villagers so you can raid and conquer neighbors and foes. like in the media pic on the website 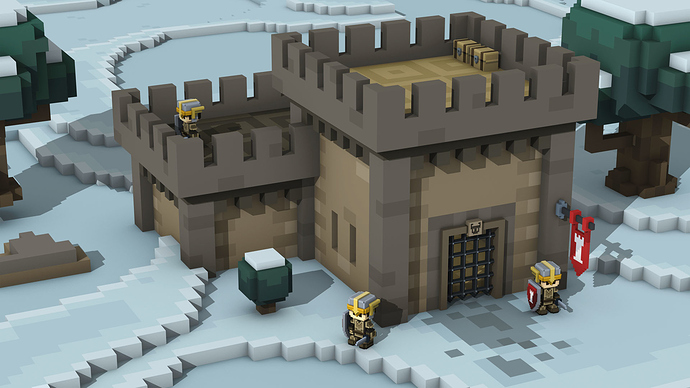 Well, you might be interested in prior discussion on this topic, such as can be found here and here, and perhaps in other places that I was unable to track down right off the bat.

I like your suggestions overall, but I would suggest it should not necessarily be a late-game feature; I would like it if the player had the choice to expand early, but have to balance this out somewhat so they don’t get spread too thin, as it were (most likely/easily due to having too few citizens early on for each of your cities/outposts). That would make more sense with the colony flag, as well, as that seems to be something that should be crafted by the weaver, when you think about it, and should be not much more difficult than the banners they can already craft.