My Apologies to... Everyone i guess?

Before i go into this, i’ll just say to releave you if you’re worrying
I’m not leaving the fandom(?) or abandoning the mod or anything, or like; gonna attempt suicide or any crazy thing like that.
so… Yeah, you can read this at-least decently light-hearted.
It’s more about getting this off my chest
And to apologize

Some of you may remember this (it’s okay if you don’t), but i once had this really really baad post… (Yeah a post, how terrifying)
So what the content in it was basically… (And it sucks to even discribe it myself)
Me… Asking the developers to ‘maybe’ not make a sertain entity(or mob if you rather) after seeing it mentioned in a stream beacuse i felt like it might hinder my mod’s creation (and again, it sucks saying it myself)

At the time, the whole Mod stuff was totally new for me and i was exited to make it, and i guess because i was so eger to make it, i paniced when i saw something that i thought might hinder its creation

I tied to delete it, (hoping it might say “i regret posting this”) But the website wouldn’t let me.

And here i am, with a really boring and late apology

Many of you may not remember that one post, Hell, maybe non of you do
But i just want to apologize to you guys that might’ve been offended, and expecially to the Devs that again, may’ve not even seen the post, but would’ve deffinity been offended if they did

I truly love this community and game, and as a person that manage to guilt-trip himself all the time, i had to get this out of my system, and though this isn’t gonna erase that past, at-lest i’ll know i din’t ignore it

I was a disgrace, i am sorry, and i love you guys

Ps: btw, I’m gonna be so embarrassed after posting this

Ps: btw, I’m gonna be so embarrassed after posting this

Yesterday morning I arrived 5 minutes late to class with coffee in hand. I quickly entered and sat down, tired as hell for 2 minutes before I realized I was in the wrong class (same teacher) and that my class didn’t start for another hour.

No need to feel embarrassed

I love you too. Come over here and give your favorite mutated dinosaur a hug!

Tell you what: any time you feel embarrassed or guilty, immediately after making whatever apologizes you feel you need to make, go create something beautiful.

You certainly have the power to make the world better through your art.

Thankyou so much to all of you that’ve read this

after making whatever apologizes you feel you need to make, go create something beautiful

I’ll do exactly that

Come over here and give your favorite mutated dinosaur a hug! 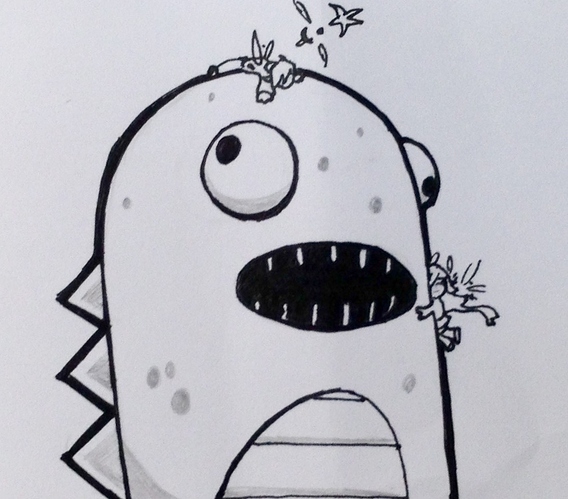 Definitely one of those times where I wish I could hit like on a response more than once.