Have you ever lost where your citizens are? Are you constantly loosing track of your trapper? Is there a battle going on in the far north of Middle Earth! You don’t know!? 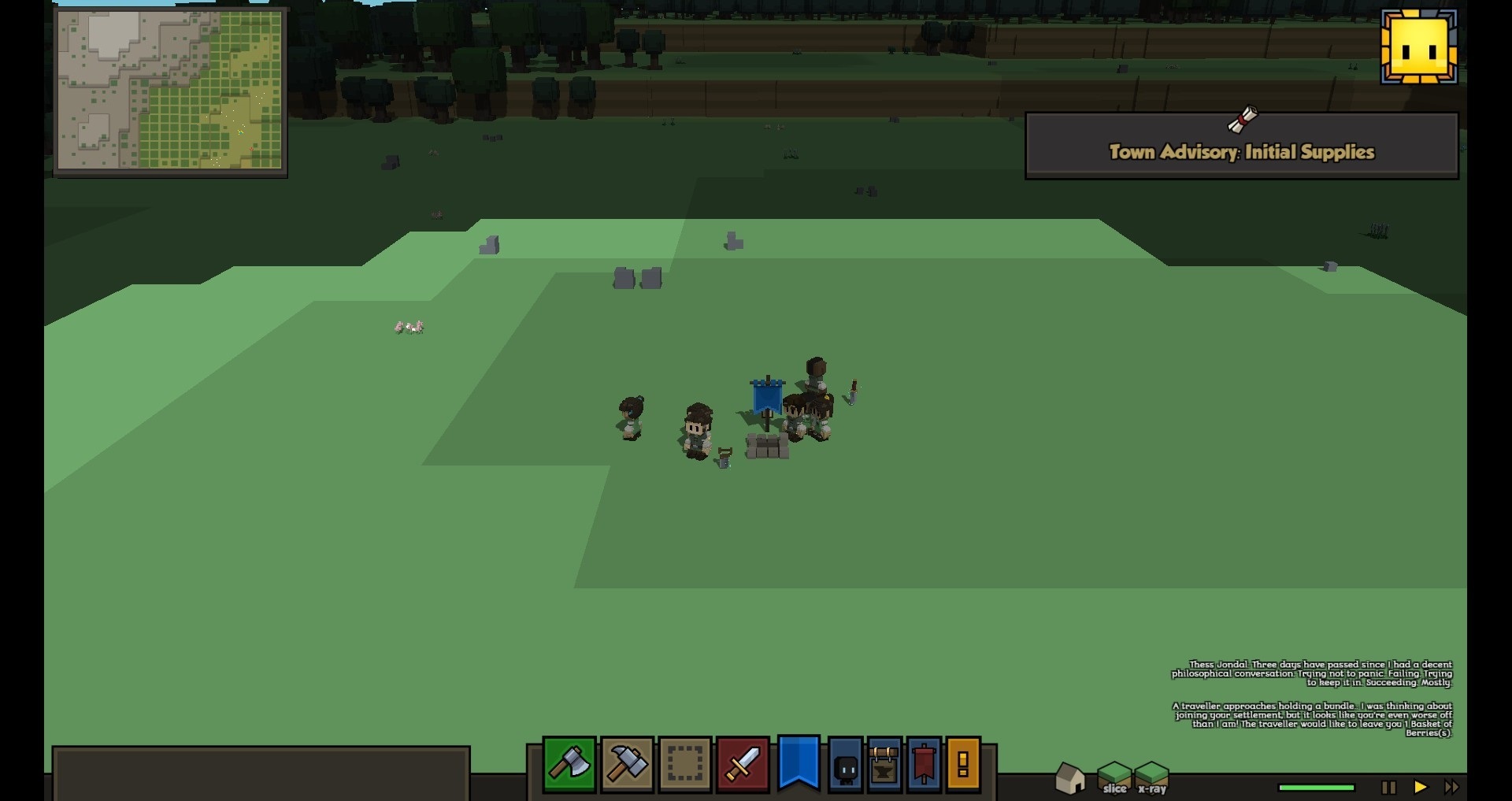 Note: This is just a conceptual design to represent what the mini-map may look like.

I would have made this 10x better but I’m working with Paint at the moment… So had to rough it. I imagine the real thing would be more detailed when Radiant gets to it or I make a better looking visual representation that will never be. What are your ideas? Do we need a map, or can you find everything okay?

Not a bad idea, but with “fog of war”

As long as you can toggle it off. As static as a camp is most of the time, I really don’t see much of a need for it being on all the time. But, this would be good when trying to find a person, rather than have your whole screen jump to where he is, this mini-map would. You can then click on the mini-map to jump there.

A minimap would be useful later down the road, I guess. It has a host of technical issues attached with it, but it could be handy at some point.

in my opinion this would be really helpful when goblin camps are added, thus you could see when the goblins were leaving their camp to come attack and such.

Bingo. Didnt even think of that myself.

in my opinion this would be really helpful when goblin camps are added, thus you could see when the goblins were leaving their camp to come attack and such.

If the engine allows for it, one could also just scroll all the way out and have some things removed (trees, resources lying around) or replaced by icons (houses, people, maybe farms), like in games like Planetary Annihilation/Supreme Commander. Then the minimap would be trivial, as it’s just a second rendering window placed inside a nice box. But as I said, this really requires the engine to support those things to work, which might be a problem (OpenGL Rendering on top of an HTML UI on top of a different OpenGL Rendering…).

A Mini-maps is good, but it would be better if u have to craft a map for it or something like that.

And for the Mini-map i would suggest it to be switchable to be seen or not seen. (like an on/off button)

Woah! Great Idea!! How about a Map-Table in your Town/City - Castle/Barracks? Would be realistic, even for Hearthlings it doesnt work all with Magic!