Flowers are pictured twice in the inventory gui, as shown there are only 4 pink and 5 blue in stockpile but inventory window shows 2x 4pink and 2x 5 blue 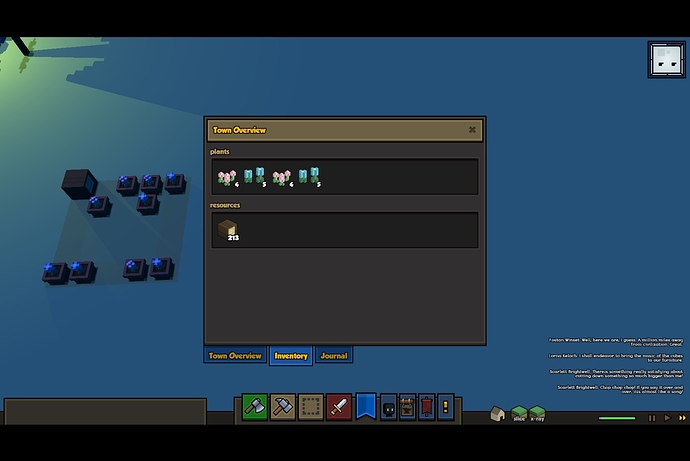 Here we go smile Harvesting one creates one item in my inventory, moving it into a stockpile then creates a new one. You get varying results depending on how quickly stuff gets moved around. I repeated this same thing several times and one time got...

Wasn’t sure if was same issue, didn’t quite understand that post completely, so posted the issue as I saw it.

I have seen / had this issue, before, It goes once you close the game and re-open it. But yeah as posted above it’s been reported already. Weirdly only happened’s with flowers though.