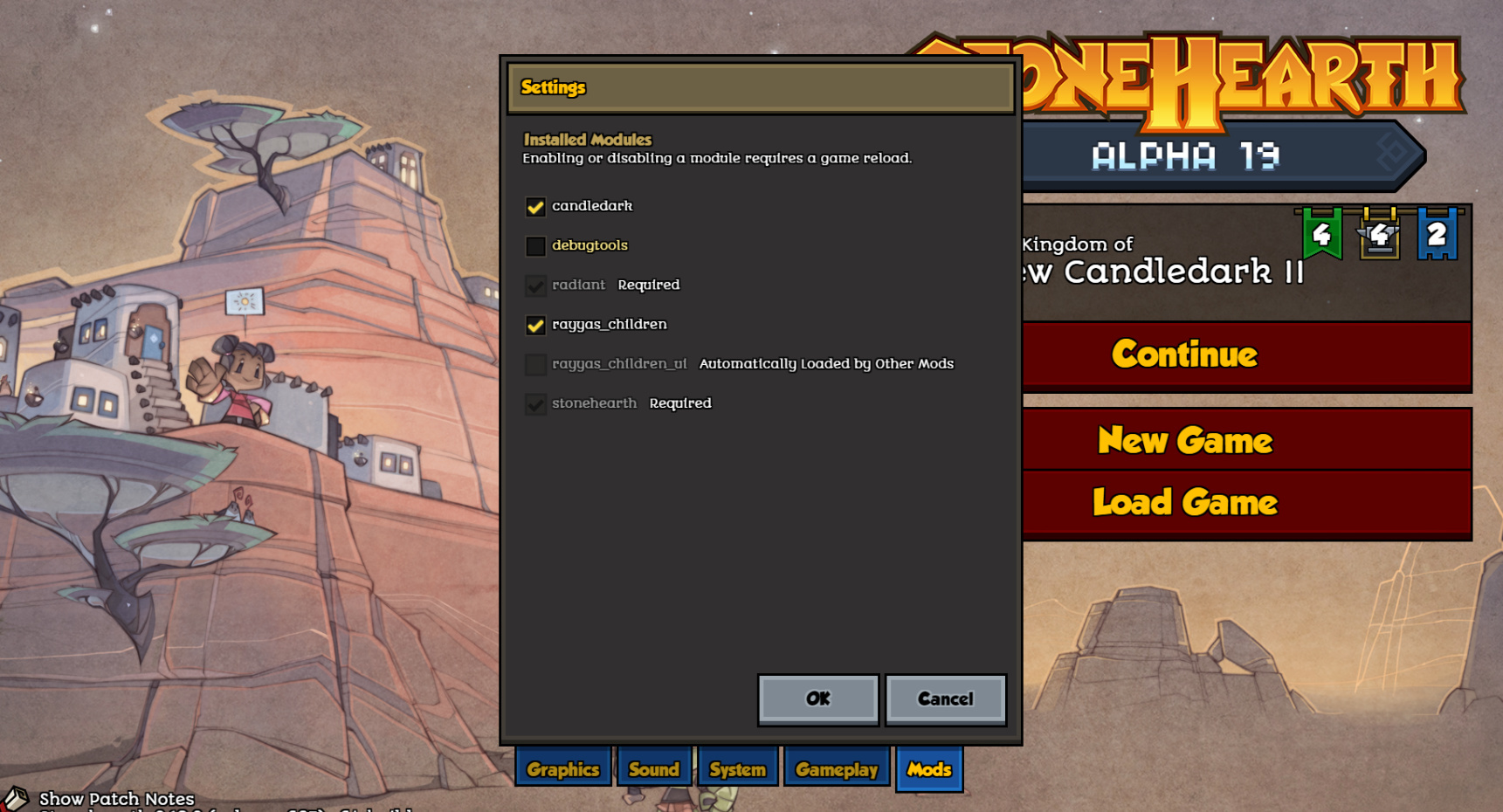 I must say, that part of the video explaining how the debug tools work (and their potential uses) is really really well put together. I’ve played many in-development/Early Access games, so I’m used to having debug menus and such commands for when things inevitably break; but Stonehearth’s suite hadn’t caught my attention before now…

As soon as the video got to the explanations of the debug tools though, I started thinking about how much easier they’ll make it to fix a couple of minor issues I frequently run into; and how perfect they’ll be for easily setting up “posed” screenshots.

When you’re making the debug tools and other technical info sound interesting, and causing players to think about how they’ll use those new features creatively (i.e. not just for diagnosing bugs, but for understanding the game better or improving their overall experience), you’re doing something very right. So great job with those explanations @sdee – that’s the kind of info which players unfamiliar with beta-testing need to hear, and it’s a good delivery which keeps things accessible for people not used to navigating consoles or context menus.

I mean, I had a modicum of experience from other games and still hadn’t previously seen the value of using these debug tools (I knew they existed but the volume of changes seemed intimidatingly complex and not worth the effort); but after this short video I now know roughly how to use these features, and what kind of benefits they can give. I can only imagine how someone who has never used debug menus before might be inspired or enlightened by that explanation

That engagement is so, so important when it comes to alpha testing – letting players feel like they’re in control of their game, and that they can go outside of the official releases to find solutions rather than relying on the Devs to “fix it!!!” – is a major key to having a happy player-base and getting innovative feedback… rather than unengaged players just waiting for the next update and then complaining about the new bugs. I’ve seen a lot of the latter scenario, which is a shame for those games; but it’s great to see that you’ve found a way to promote the former!

… I’ll get around to playing with alpha 19 soon enough to hopefully give some feedback on the features themselves; but I wanted to say that about the video, since that’s such an important part of this community and keeping Stonehearth engaging while we wait for the features which must, unfortunately, take a long time to get ready.

A nice go, kinda enjoying the fact it is now shipped with the game; the dev tools that is. Although might not mess with them much, but it is there for those instances.

question, Is the Rayya’s children UI suppose to be unchecked as seen in the pic above? Not even sure what that is suppose to mean or is, especially since it is not interacted with.

kinda enjoying the fact it is now shipped with the game; the dev tools that is

Shipping debug tools with the game is great for those of us who use it frequently. It is updated fairly regularly, so not having to download it from Github and go through all the renaming will be nice.

question, Is the Rayya’s children UI suppose to be unchecked as seen in the pic above? Not even sure what that is suppose to mean or is, especially since it is not interacted with.

Yes. The RC UI mod is deferred_load. That means it isn’t run until called by something else. If it was run at all times, it would always override the game UI even when not playing RC.

Ah, ok. Thank you for the clarification. And so true with the dev tools, as I was always hesitant to download them; now I don’t have to worry about doing so.