So, I was working on a new project, and this happened when I reloaded the game… 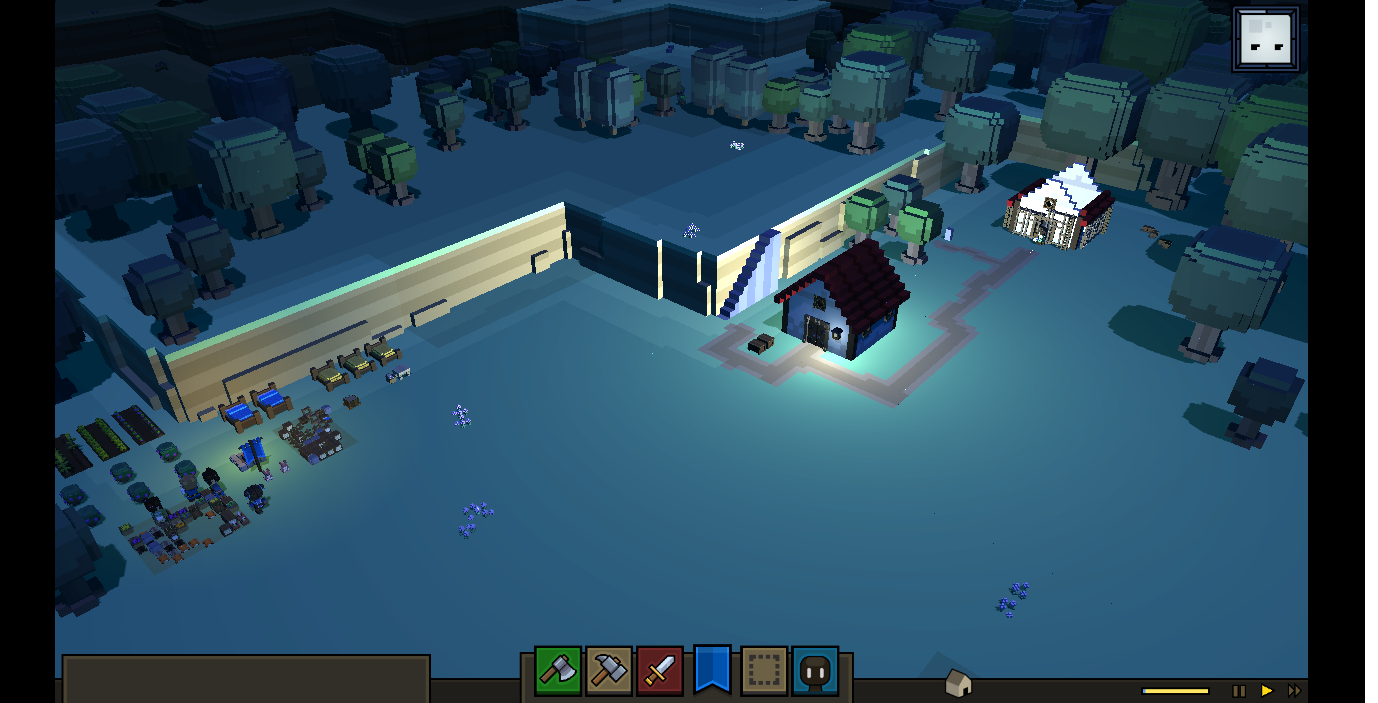 This guy’s neighbors are going to hate him…

Not certain what might be causing this, as this was a saved game that worked fine up to now (which had been loaded previously). Switching view modes does not rebalance the lighting effect, nor does reloading the game as far as I know. I had this error pop up when I tried moving the lamp; this picture from a later reload and it came back up. 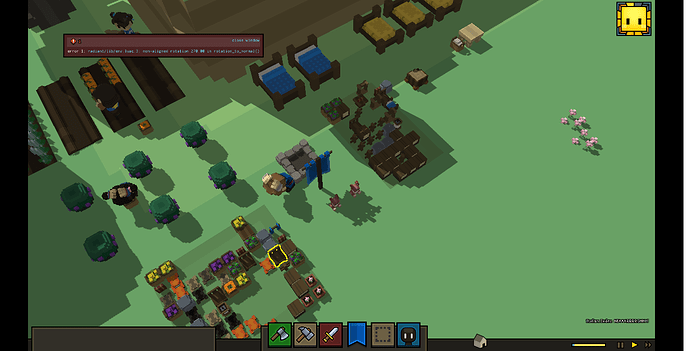 EDIT: After the error popped up, the settlers became frozen in their movement frame, looking like they were skating across the ground. I would take a picture, but I think that it wouldn’t quite work… The error seems to correct itself a little later.

Can confirm. I could replicate it by loading the game at night. Everyone would be skating and the lamps would glow brighter than the face of god. After a variable length of time the game would decide it had enough of that and make everything animate again, and turn off the spotlights. The key thing for me was it happened when I loaded a game. I did not get any error messages with it though.

I believe the error message only occurred when I tried moving the lamp to see if I could restore the normal brightness effect. The lamp didn’t get moved, so it’s possible that’s another bug entirely that stacked with it.

I’m 100% sure I’ve seen this before. The problem is if it wasn’t a bug report, and it was lost in a screenshot thread or something

It was caused by loading at night, as you mention. Mmm… maybe it was @Phagocytosis who reported it? I’m not sure…

There’s also the error message that happened when I attempted to move it; do you know if that particular one was mentioned yet, either? If not, I could extend the report’s name to formally mention that one as well.

I can’t say. I’d have to find the other report first. Change it if you want, we don’t know if it is related.

Meh. I think your citizens have teched up to using halogen bulbs.

@not_owen_wilson I think you mentioned this to me before? Something about all the lights going at once? This has been around since the introduction of lights.