I really just wanted to show the process of making a large castle and hopefully share a bit of experience on what i learned from doing it.(8 months late )

My project was Corwin castle: 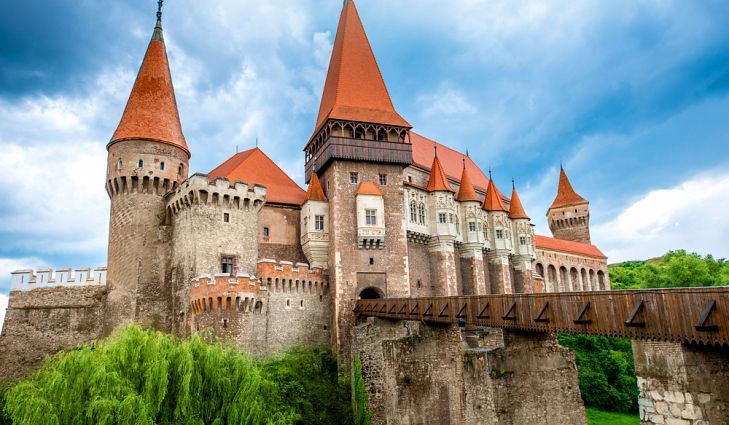 And here is my result: 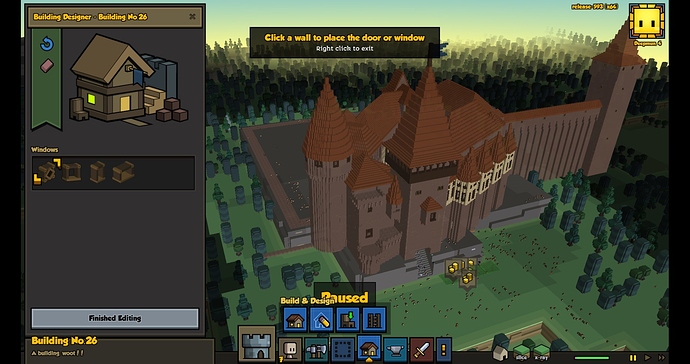 You can then decide if you wanna read beyond this point

First of all i wanna say i used lots of photo’s and video’s and whatever i could get my hands on.
I think i actually know the layout of the place without having ever been there…But here goes…

I think the very first problem/question I ran in to is what size do you use?
I think most of us will try to scale it after heartlings…what i tried as well…i just misjudged it quite a bit.

the very first thing i did was i tried to draw out the floor plan. Basically this. 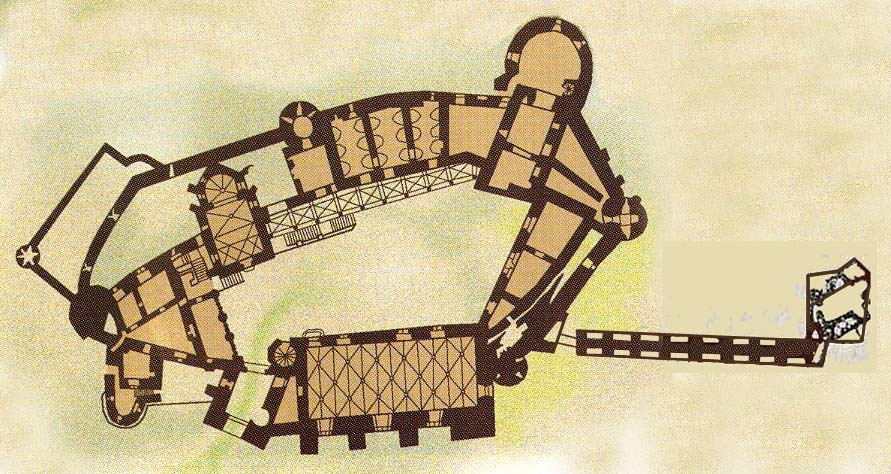 The first lines i made here was based on the front gate in size…but since this was suppose to be a city frontgate i figured a few blocks more would be cool…but it kinda saved me as well! but ill get to that. 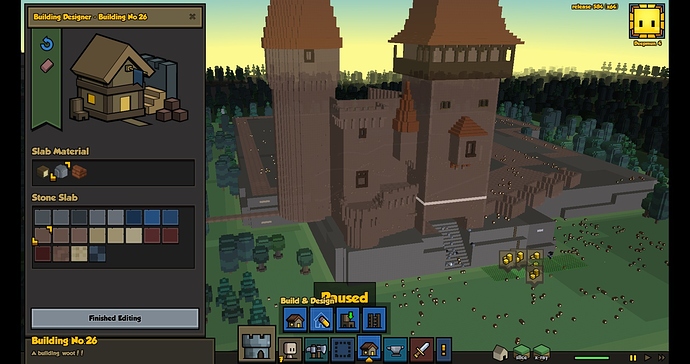 this is unfortunately the first screenshot i took. but does show some of my original floor plans.
and in large extend those are what i built on…And i think that gives a solid foundation (pun intended)
And i think a good rule is. That when you consider size of a building especially with model work, is the smallest detail you can or will do in heartling scale.
In this case its the 4 window spires on the main building…being a bit scared of them i drew what you see here.
And started doing other side, figured it would help me put size on the 4spires…and if i had to change anything it would just be a floor plan…hopefully 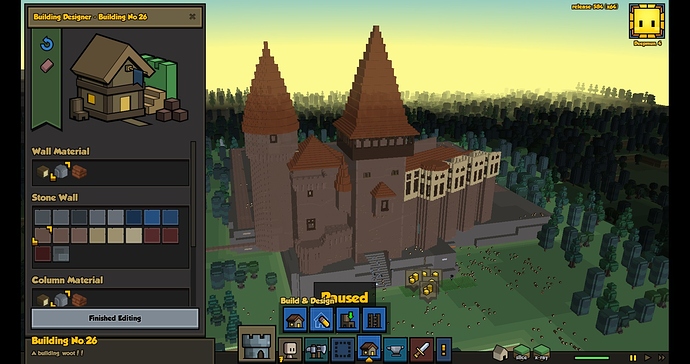 I think i made them like one block wider to fit the windows, when gathered the courage to them, but largely the floor plan stayed pretty much the same. So you can atleast get a great result out of doing this.

So if you ever do anything like this make sure your smallest details are aligned with the blocks. And you can likely getter better small scale detail…at least for larger structures. I got kinda lucky that i could do it in crooked angels, since i oversized the whole thing so scale largely stays as intended.

Oh i guess this is worth mention about this time in the build! Don’t be an idiot like me and wait with painting it correctly! You wont get it done! Color as you go along!

One more thing i want to add about scale, that atleast works out well for me is. I try and get the highest point of a building done fairly early on. Since it gives a great tool for the rest of the building…like where does a roof start well its roughly 2/3 the way up my main tower…that way if i make something to tall at least it will be consistent to tall since i used the tower as base for the height of my building. 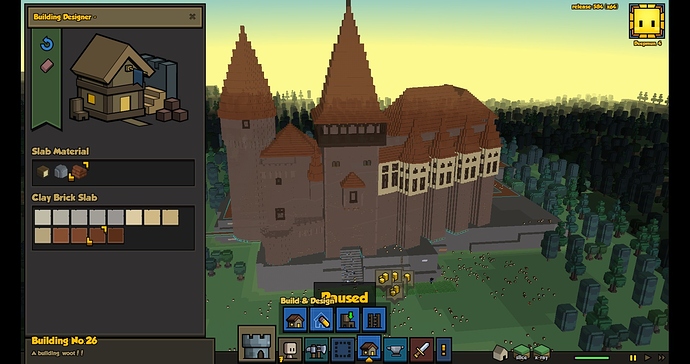 This was suppose to be the finished result and then i could build my city. But i was so happy with it that i decide to attempt the whole building…so i threw myself at it!

What i should have done is made some clean lines then finished it details and sutch. and then started a new building for the back side,
mainly for a performance concern. For me anyways buildings above 2000 blocks really start to slow down…the clean lines is for templates. That i could make 2 templates and place them next to each other, having a complete castle. 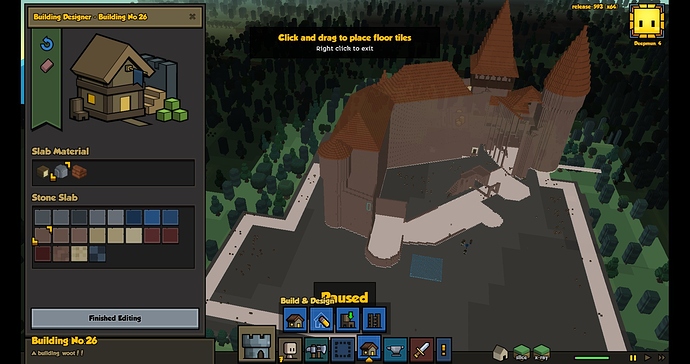 ( will add some text here about stupid stairs and huge mistakes, most people just want to see the pics anyways :P) 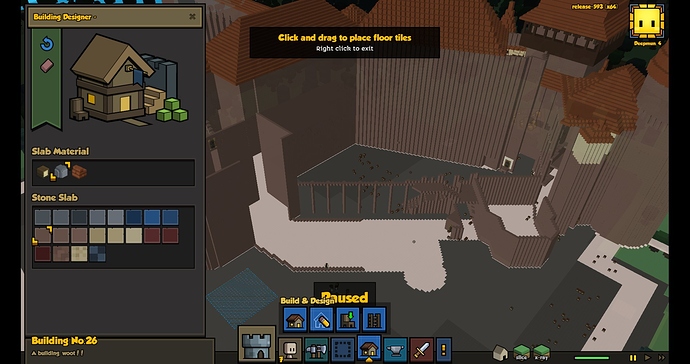 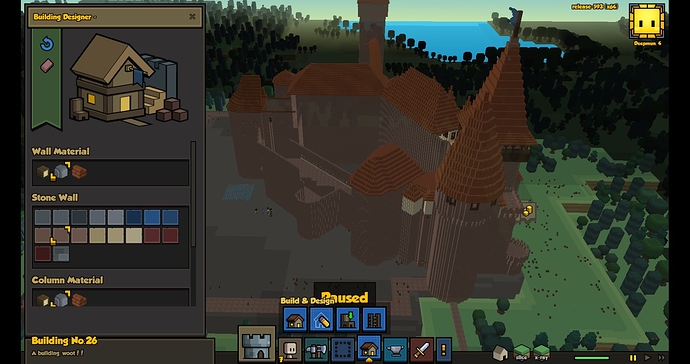 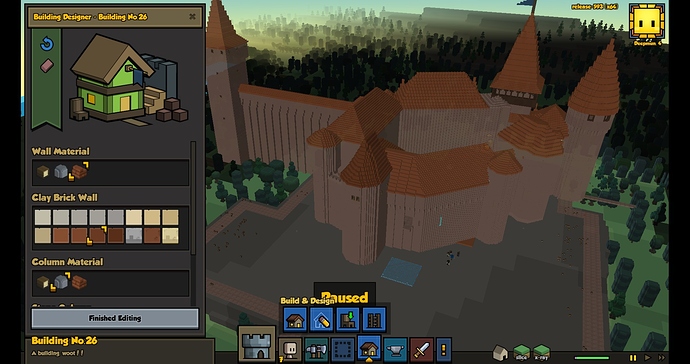 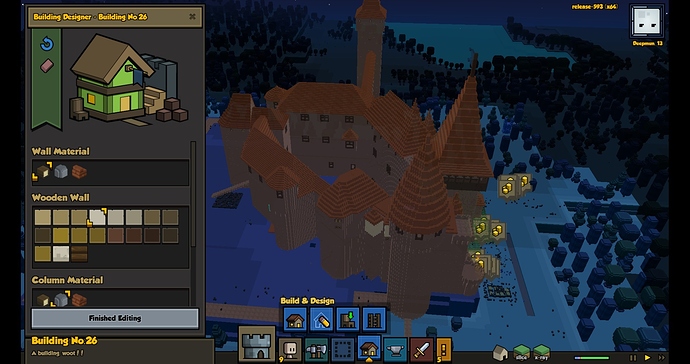 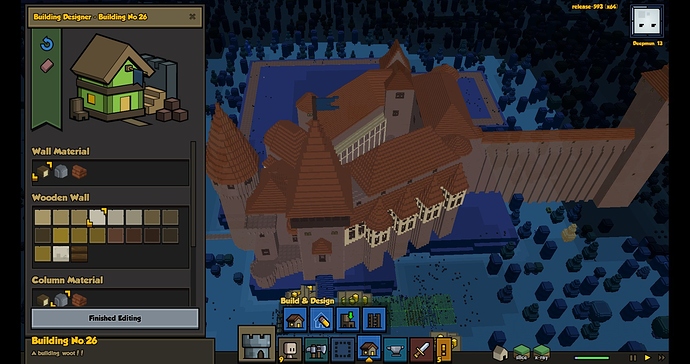 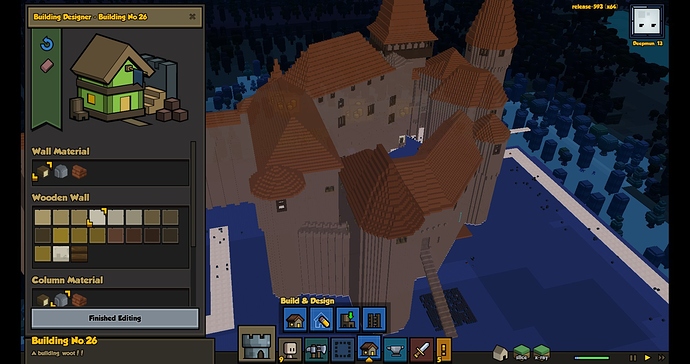 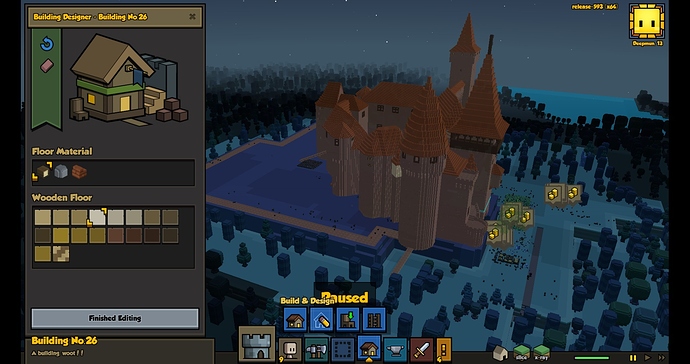