Summary:
When attempting to gather resourses or loot items from defeated enemies or broken down enemy encampments/buildings/firepits/you get the idea, some of these items stay on the ground with the loot icon over the head, but workers will not pick them up. Examples of items: Ores, berries, swords, ingots, exc.
Steps to reproduce:

Expected Results:
Workers or anyone set to haul items should go pick up the requested looted items
Actual Results:
Some times it takes multiple logins for these items to be picked up, or are not picked up at all.
Notes:
As a new user i cant upload more then one photo, i was planning on posting 3. RIP
Attachments: 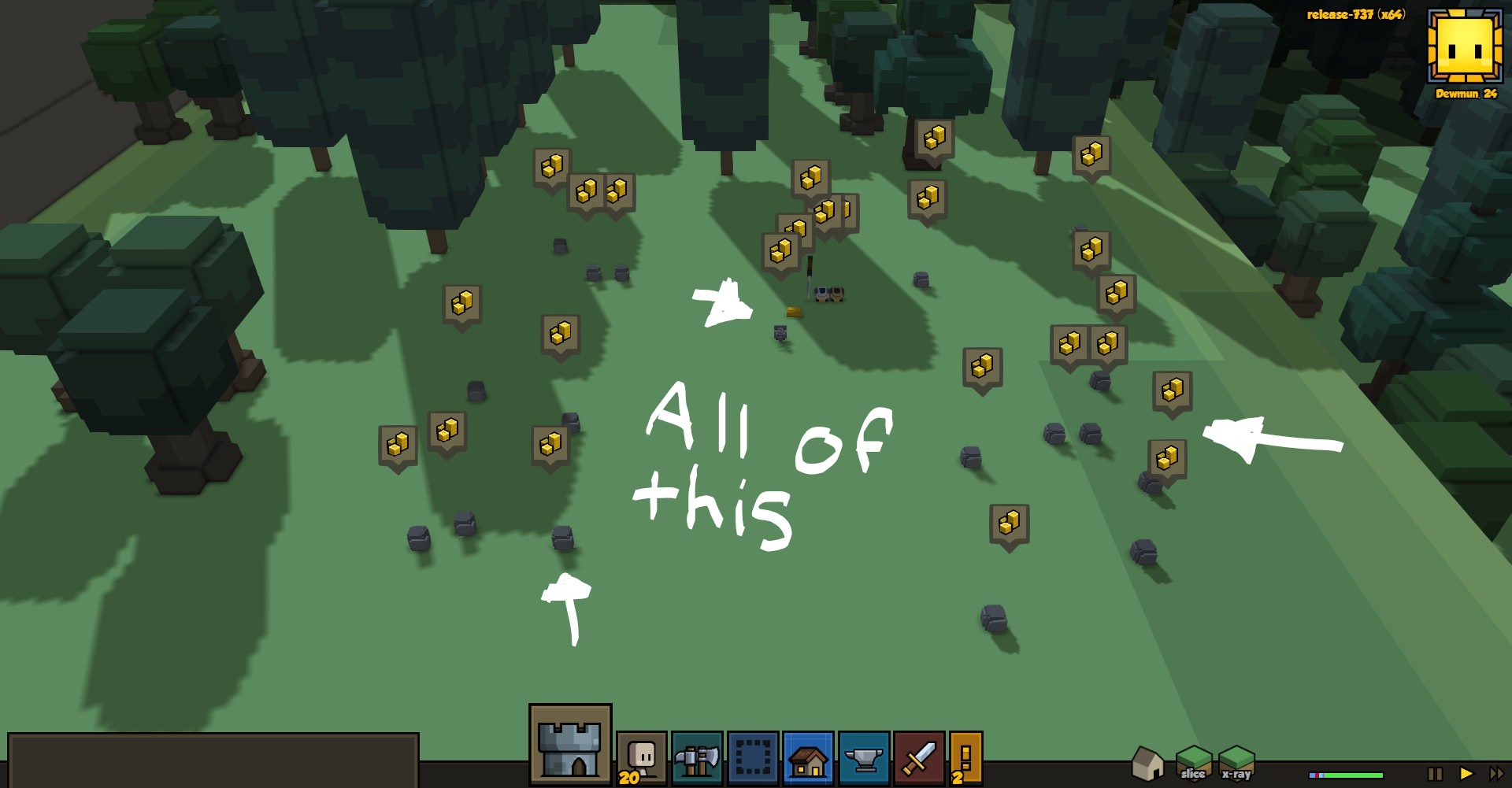 Version Number and Mods in use:
Current version Alpha 22.5, No mods in use, Vanilla
System Information:

It may sound silly, but do you have enough space in your warehouse? Also, what filters does your warehouse area have? Are they set to “accepts all” or are they different?

I think the main issue is with the priority system, Loot should probably be a higher priority for hauling than other items. Hearthlings focus on hauling things close by, so if you have a mine with uncollected ore/stone, lots of wood lying around, large farms with food lying on the ground, etc., they will focus on hauling those items before they go out to grab any loot. Storage space can also limit what they will go out and gather so make sure you have enough storage set to store the items. Took a long time to grab all the loot on my maps, but once all the tasks in town were completed they left to get the loot.

After a couple years of playing, I’ve found that placing a container or stockpile in close proximity to the loot will solve this. The further the distance between loot and storage, the longer hearthlings tend to take collecting it.

To test this, grab a box, haul it out there, click the All box in its filter and watch. Once they pack it all into the box, move the box back home.