So, I’ve finally gotten around to playing a ‘serious’ game since the full Alpha 10 has been release and I’m AMAZED but how significantly better the game has gotten at running. I’ve gotten upwards to cap hearthlings and I can’t believe how… playable it is compared to alpha 9.
Whatever Team Radiant is doing, they need to keep doing it. Also the game is not leaking memory anymore so… always got that going for it. It’s hard to believe this is the same game I had using 16gb of my RAM less than 2 months ago!

Despite the significant improvements seen from this patch I can’t help but notice it seems my fans on both my laptop and desktop are going nuts much more often than before. Perhaps some of the heavy math has been moved to the GPU to cause this? Anyways, weird thing I’ve noticed.

Worker limit?
I’ve noticed there’s a ‘limit’ to the amount of workers you can working on one job, despite the scale of said job.
Is there any plans to fix this?
I’d like more than 4 workers trying mine down a mountain 1 layer at a time 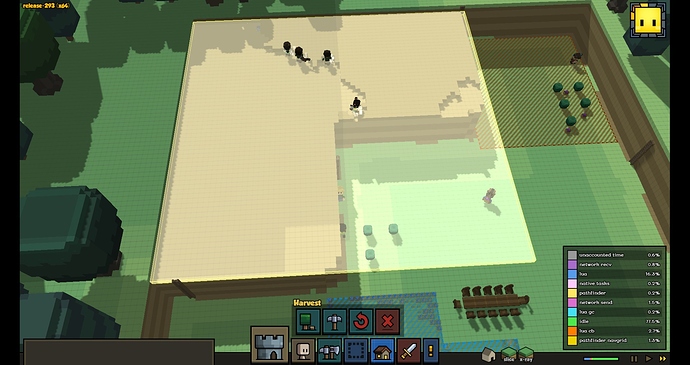 Agreed. I went over 16gb for this game alone and I only had 16 gb of ram… that certainly wasn’t good for my SSD I would imagine. So glad they fixed that. I’ve only gotten above 10gb once and I think that was when I had like 60 hearthlings (I changed it so that it asked me ever 30 minutes if I wanted an immigrant and I basically got rid of the requirements, so I was got like 50 workers on day one)

The workers-per job is done on purpose. It is not a bug, so I wouldn’t call changing that “fixing”. Its not that hard to change the settings to allow more workers per job, but I think its a good feature - I wouldn’t want all my workers mining if I assign them several different jobs. But I do think it should consider the size of the job, not just say “Its a mining job. Only 5 people can work on this even though there are 10000s of blocks to be mined”

Or maybe they could make it such that when x number of workers take a job, it decreases its priority by 1.

I just noticed, if you change a carpenter or what not to another job it says their exp required to level is the same?
like my level 4 carpenter’s exp to level from 4-5 carried over when i made it a mason?
Is that intended? 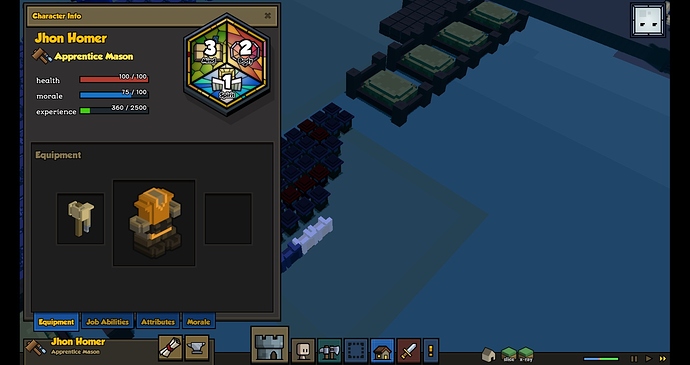 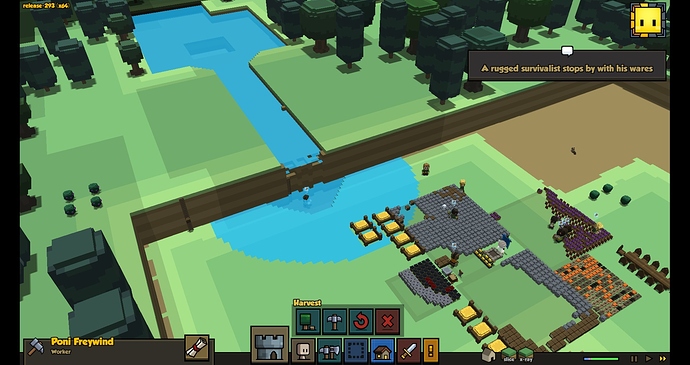 like my level 4 carpenter’s exp to level from 4-5 carried over when i made it a mason?Is that intended?

yep thats intended, its so that you cant just have one guy as all the professions kinda thing

not really, the water has to go somewhere…