Alright, Here is the mod-idea I have… I do plan to make this mod, but not until later in the dev of stonehearth, like maybe beta or later.

This mod was inspired by my Color Mod, and also by my recent reading of The Will of the Empress by Tamora Pierce.

Now, I don’t know about you guys, but I plan on building a kingdom once stonehearth gets released! It’s going to have a giant castle with a moat and everything! And a ton of citizens living their lives under my glorious rule!

However, there will be at least one problem with this. Which is that having so many citizens will probably be to much to handle. @Tom mentioned in one of the first dev vlogs that, while there would be no max population, they are aiming at a settlement size of around 80-100 citizens.(This info might have changed, I haven’t had time to catch up with the vlogs yet =( ) Which is cool. However, even 60 or 70 citizens might be hard to manage by yourself.

So, with that in mind (and the colors and the reading) I came up with this mod idea.

This mod would introduce several new professions and game-play mechanics. The basis of the mod however is that you appoint someone to a noble, give them charge of a couple workers and a patch of land, and they will manage it, producing good/tax for you to collect.

I hope I typed this out orderly enough, I need to get some sleep, lol

Anyway, as you see, this mod could add some fun new options to the game, and make managing your kingdom easier.
And, as I said, this mod will be probably be on the back burner for a while, but it’s never too early to get opinions!

However, even 60 or 70 citizens might be hard to manage by yourself.

That’s the trick of Stonehearth: You don’t. If I’m not mistaken, they aim to keep micromanaging down (or even not offer it at all), therefore there isn’t really anything that would need management.

You might find the discussions in this thread interesting:

So I’ve read a few posts about this though they didn’t really explain what exactly the role or point of a city leader might be. Anyway, so at some point in your game you will be able to choose a basic type of government. This point may be available from the start or after you reach some set population count. At this point you can choose to have your city led by a single ruler or a council. The person’s class will define what type of ruler they are and also start to define what kind of civili…

Anyway, the direction this would go would be very interesting, it would definitely be a tailored experience that would perhaps attract certain people who want something like this? At the moment it sounds more of a different way to play the game, rather than an addition to the base game (not that this is a bad thing).

Looking forward to seeing how this develops!

Ah ok!
I remembered them mentioning that you could get pretty in depth with certain aspects if you wanted (such as farming). Which I though would involve micromanaging.

, or at the very least interesting

), which would make this mod mostly useless… only time will tell…

You might find the discussions in this thread interesting

Oh yes I would! Thank you @Geoffers747 I’ll go check it out

Of course radiant might already have ideas for such

Here’s an early quote back in the day from @Tom

Will there be Kings and Queens?

“We’ve thought about it, but that’s a tough one because it implies a certain kind of city. If I’m the kind of player that’s building a monastery or a trade-city, then maybe I don’t want a king or queen”

Whether or not that stance has changed is anybody’s guess. But it would seem the team are really working to avoid leaving game play rather open to player interpretation (obviously within reason) to create our own stories.

I remembered them mentioning that you could get pretty in depth with certain aspects if you wanted (such as farming). Which I though would involve micromanaging.

you remembered correctly… farming is the only current example we’ve had, where the team has described the option of playing either way…

macro, where only the basic food requirements are met, vs micro, where the player can spend more time with the system, and get much higher yields in return…

Whether or not that stance has changed is anybody’s guess.

I believe we had word more recently on this, but I think it was in one of the livestreams and trawling through 6 hours of content doesn’t sound like a great use of my time

anyway, I’m pretty sure they are not having a leader kind of role deliberately (so no king, no emperor, no chief etc.) because that’s your role. If there’s a King, what’s the point of you? Quite frankly even with 60 or 70 I don’t see the game as too hard to manage; so long as things like clicking trees and saying how many workers you want to go chop it are added, you can get on just fine, as all you really do is give instructions.

It may well work for a mod, but it would just be so different from the main game that I don’t think it’ll ever be implemented. Good luck @chimeforest, the key thing I would do when making this would be to ensure there was a balance so that both the player and the King feel useful.

Sir if you ever need any information for nobility ever… Than just P.M. for I WANT THIS MOD TO SUCCEED!!! also my Gut sir is it possible that for each different Human Kingdom that the Noble system may have different names and social structures? for indefinitely not all two Cultures in the world had the exact same type of nobility in rights and what they did.

If/When I work on this mod I shall call upon your expertise!

Different cultures should have different name I believe. As for social structures, I don’t want to tie down the player into a set structure… However, different cultures may lean toward different systems… for example: a goblin democracy would be nigh impossible to make work, but I’m not going to try and stop the player from trying if they want

Think how achieved a player would feel if they got an angry barbarian goblin kingdom to learn and use a counsel of elders? Also… (now that I think about it) an organized goblin kingdom would be something to fear, as the goblin’s main drawbacks are their stupidity and inability to work in large groups. If they overcame this, think how much more devastating they could be!

So in short, I’m would like to leave the governing system somewhat open ended.

different from the main game

It would be a slightly different game, and one that I (and maybe others) would enjoy. Most of the mod would be completely optional, So you could just use the parts that you wanted. King? Not needed! Royal Colors? Just some fluff! And the King (if used) would only have as much power as you give him, There would be options for how much he is in control of. If you wanted, he could just be a figurehead who affects the citizens as he walks around town giving small moral bonuses (depending on they type of king he is.)

I think I focused too much on managing citizens in the first post (maybe that’s what I thought would interest other people? idk I was sleepy, lol) That’s just one aspect. The part I personally would be interested in (besides colors) would be the noble/noble interactions. Governing a Kingdom socially, not just economically/agriculturally. That, I think would be fun

Oh please magical Governmental @chimeforest! May there be some way I can appease thee so thou may make a cultural Governments? Also I was talking about the three human kingdoms not the Goblins and Npcs too! Imagine this, say the Nordic peoples (yes I did forgot the Nordic peoples names that are in Stonehearth lol) have a more Jarl and high Jarl Structure, so say that that Jarls rule more independently and act as small kings as such instead of dukes and barons and the such, they also have inter fighting on a regular basis, but this helps when the High Jarl/King goes to war for, the Nordic peoples have better defensive (home land) fighting capabilities and it would be harder to fight them, and actually take their lands. Another Example would be with the Children of Raya is it? that they have more loyal nobles, and have vast skills with building or something.

I actually love this idea i think its been said before but you’re the man to do it yayyyyyyyy!!!

@KingMooCow your words have not fallen on deaf ears, It shall be so! But I ask you this… what would you have for the Ascendancy?

@Gridnick Your confidence in me is overwhelming, I hope when I get to this mod that I do not disappoint ^^

Well I truth these are just examples, but if you want I can make a full list of Statistics, though to do this is it possible you can give me a personality list and features that you will be adding in the mod? For than I might be able to make some very unique results. Just P.M. me the list and features and all of that, than I’ll get you it by the weekend.

This mod is still very much in the idea phase. I’m working on two other mods at the moment, and they get precedence, at least for now.

The personalities will be the citizens personalities which you can see on the character sheet. For example “Loveable Rogue” or "Insufferable Academic"
As for features, what do you mean exactly? Like +10 Build speed?
If that’s what you mean I’m still thinking them up

(or trying to get them from other people)
All of the notes I’ve taken so far on this mod-idea are in this forum. So there is still a lot to plan before any coding can begin. And I’d still like to see how stonehearth progresses a little more before I start, and then realize something doesn’t fir at all =/

For this mod, I am definitely going to need all my ideas sorted out, before I begin the coding, as this mod is going to be much more code intensive than my other too.

The personalities will be the citizens personalities which you can see on the character sheet. For example “Loveable Rogue” or “Insufferable Academic” 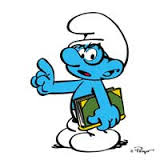 Alright, If you don’t mind I’ll get started on a personality sheet and some features you can ponder about, plus I’ll start on a higher Archy ranking system for the nobles and all the such.

Sounds good to me =D