Like the title says, the button for suspend trapping on the trapping zones is missing. 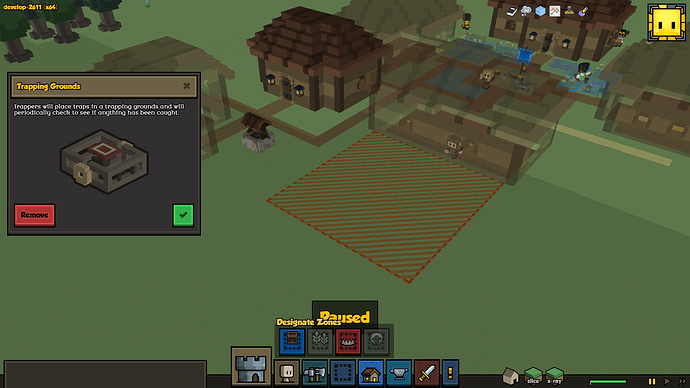 has that button actually ever done anything…? i know it existed but i dont think it worked…

if thats true, then perhaps thats why they removed it.

I was pretty sure it actually did stuff because I use it to have a guide for building fences before. ouo Now it’s not there. u_u Pausing works just as well I suppose

so i went back to A11 for a quick test world, 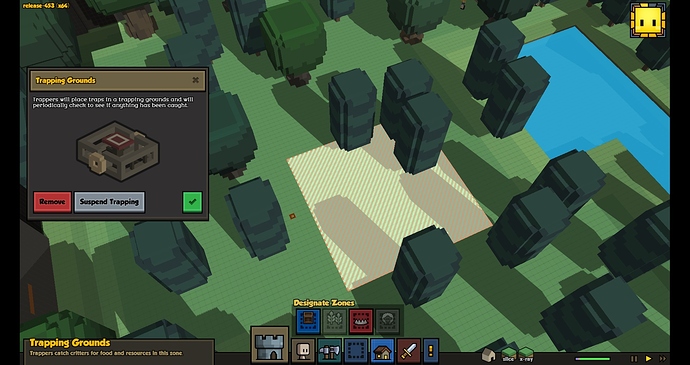 [quote=“CptPancakeBooty, post:4, topic:16713”]
I was pretty sure it actually did stuff
[/quote]well when clicked it doesnt change to “resume trapping”, like the mining does… and my trapper still went around and killed the little guys that got trapped.

Hi there,
I removed the button because it didn’t do anything.

I removed the button because it didn’t do anything.

yay, for once i was right

but its good to know that it actually didnt do anything and i’m not crazy, gonna tag this as [NaB]…

on the topic though, @yshan, are there plans to eventually get it working?

I hope so. But damn, I guess my trapper is just… special, cause when I clicked it it never changed but they didn’t do anything either. xD

I never left it up for more than a few seconds though… just as an outline.

I never left it up for more than a few seconds though… just as an outline.

well thats probably why, the trappers dont just run to it as soon as the zone is placed, even if they arent doing anything else they take a moment to go check the zone out and then set the traps.

lol ok there you see i have never use it xD