My Town Got Annihilated ... That's it?

so i have been playing this game for a while but for some reason a huge wave of monsters came and killed every one and then me being completely helpless they slowly destroyed all the doors in my town. Like what is this i am on normal and a army the size of my town comes at me like that? 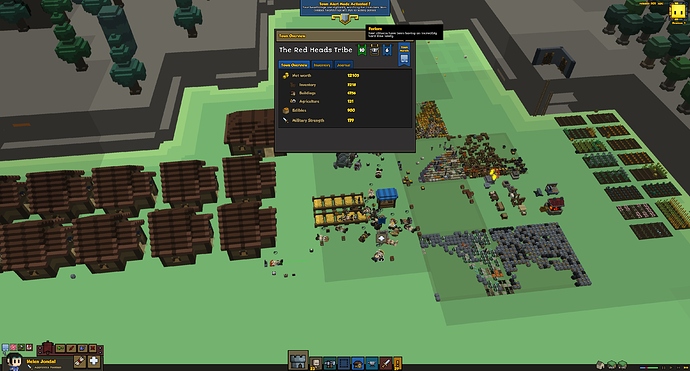 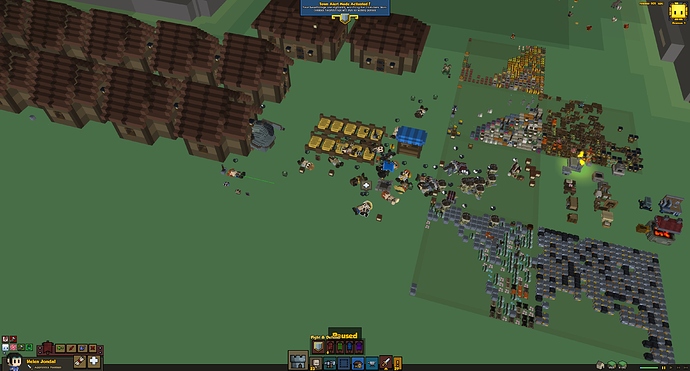 With that many items and population, you will attract some baddies…
You have an engineer and didn’t make any traps or turrets?
Did you have a cleric?
Did you activated town alert mode?

Don’t feel bad about losing your town. It happens. We usually lose 1 or 2 before mastering the game to a point where we have enough knowledge to be practically invincible.

That looks like Ogo from the goblin campaign, the game gives you plenty of warning notifications that he’s on his way. He’s pretty easy to beat with 2 Knights, an archer, and a cleric. I don’t know if he’s any easier on normal I only play hard difficulty.

you could hope you have enough food still in storage to meet the minimum requirements for the first hearthling to appear again. i mean every time you lose a hearthling the required value and food goes down to what it would have been previously.

Make that more like 15-20 games. Mastery in games is far from mastery in stonehearth

all these things can only be tried once per game so you should expect more than a bit if you’re younger and/or less experienced to/in this game.

I tried this once but the enemies don’t leave after they pillaged your corpses.

can only be tried once per game

I just have one footman at the beginning, then I build up 5 Footmen to max level. Then I upgrade to one cleric and 2 knights. 3 footmen left

And usually I dont overwrite my saves. I just make a new save to I have backups. Usually I do one save every 30-60 minutes. And if there are too many saves then I just delete the oldest ones except for the newest 2
Highly recommended to do that. It really helps out (that’s called the skyrim-technique as far as I know

i tend to, when that kind of thing happens, have my safety flag and firepit placed in a location opposite of where my enemies would be coming from so that if by chance we failed to kill them when my new hearthling comes in they can get to the flag and firepit and move it away to start from scratch else where. Basically as i’m attacked by Ogo or another big boss like wave of enemies i have my hearthlings quickly build out an escape route while my defenders attempt to kill them. hearthlings tend to always spawn closer to your safety flag and firepit more often than not so i’ll have a small escape/sneak route built near where i placed it on the opposite end of my village where there is only one other way to come in or out, which is also where my enemies would have come in from. i tell my one new hearthling to pick up the safety flag and move it to a location far away from the village and start from there.

I don’t think it triggers unless you kill the goblin chief, in my current game a crypt spawned next to the goblin camp and killed the chief… so I didn’t have much choice. And i was forced to face them with only 12 hearthlings. But I was able to win without having anyone go down.

archers are really overpowered though

Even if you don’t want to build walls, you can always dig a moat. Then you get resources and choke point defenses.

this is how i make my defence… as you can see it brings alot of loot! a few trenches and some engineering 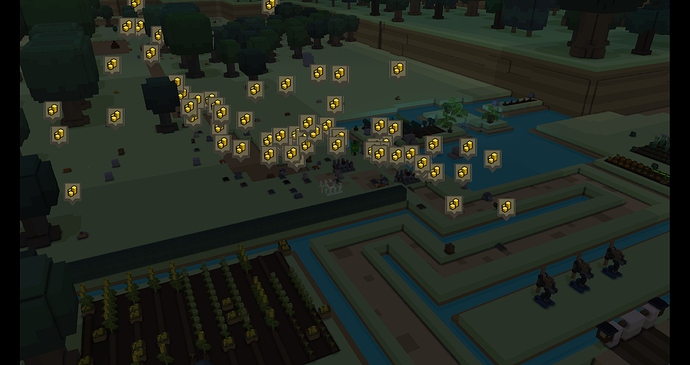 Make that more like 15-20 games. Mastery in games is far from mastery in stonehearth

all these things can only be tried once per game so you should expect more than a bit if you’re younger and/or less experienced to/in this game.

Wow, this is one of the best advertisings for a game, that I have ever read

I can sense some sarcasm here if I’m right, but it’s true nonetheless. This isn’t a game you play through in 10 hours.

This isn’t a game you play through in 10 hours.

If I would only play it for 10 hours then the price is too high. My games/worth calculation is the following:
If the (thought) playtime is more than 3x the Money I put into this game in the first 20 days then it was worth it
For example: Stonehearth costs 25€. So it has to be interesting enough to be interesting enough so I play at least 75 hours in the first 20 days (the first week was 48 hours so…). If it is under then it’s not worth the money. You have to calculate the fun (etc) before you buy and you cant be right every time but at least it gives you a little rule for not buying everything even if its bad.

archers are really overpowered though

Archers are useless. they do almost 0 damage. Footmen are the strongest. Knights have the most health/defense and archers have range. That’s my experience at least

Archers have the highest damage as well as the strongest weapon in the unmodded game.

You just have to make sure that they have 6 body.

You just have to make sure that they have 6 body.

Is there a mod that lets you brew "body up potion"s or sth like that? xD