My IDLE is staying at around 90% 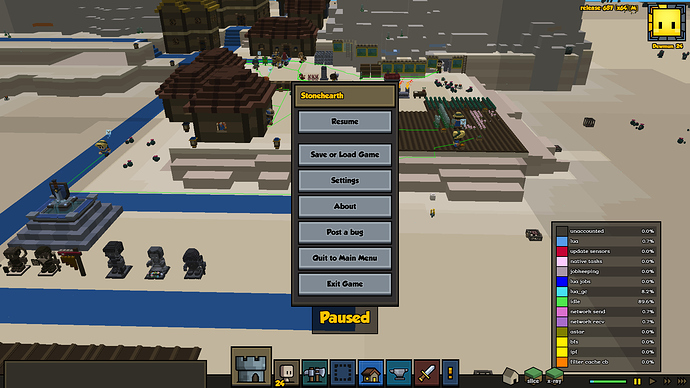 So what is the problem? Having 90% of your CPU idle is good, means you can do 10 times as much stuff as what it is currently doing.
Granted your game is paused so your CPU probably isn’t actually doing anything in that picture.

Then what is causing the lag?Any help?

maybe upload a screenshot of your game with that window open when your game isn’t paused, so everyone else can see what your CPU is doing when you are actually playing.

I would guess that your CPU is up to the task, but maybe your graphics card isn’t? Do you have lag from the beginning or only when you have many hearthlings?

Only when i get lots of hearthlings.

@irelandgamer21_The_b is this happening in one specific save, or all your games?

do you mean all saves, if that yes

Uh, please, for the moderators to see, can you please upload your save or a screenshot of the game when the game isn’t paused?

Idle means the CPU has room to spare, and if you pause the game, the CPU will
Rest as well, causing Idle, which is a resting state to go up to almost the full bar, uploading the CPU usage bar when the game is actually running and causing Lag is a better way to diagnose why the game is lagging

But for what you are saying, it seems like a typical computer power issue, the computer is just not powerful enough to handle a large population of hearthlings, though, again, please to uploade a more informative file, like the ones stated above 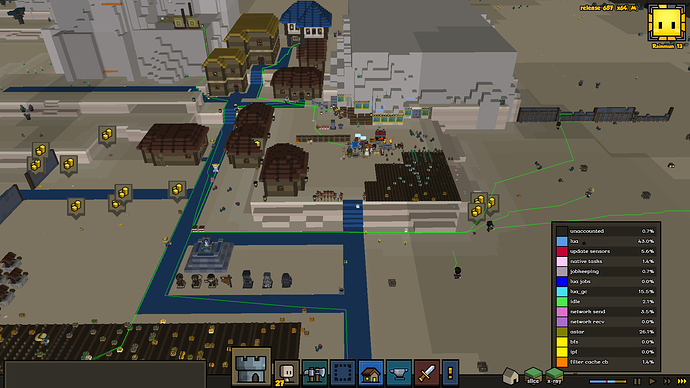 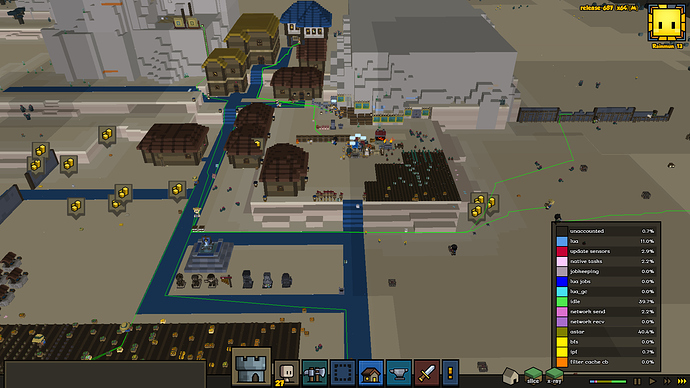 Depending on your computer specs, and the graphic settings you’re using in the game, it can get more or less laggy.
Does it get better if you play at normal speed?

I think your lag is mainly caused by the number of hearthlings and the pathfinder working hard. The game still needs more optimization concerning performance and memory.

Also note that x3 speed specifically says experimental, and most likely still being tuned. Does turning lighting down help? if you have not already. The option for shadow & lights.

All of my settings are as low as they can be