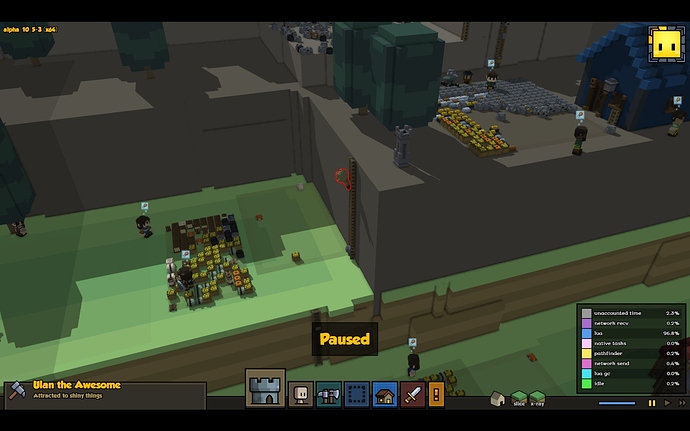 As you see in screenshot, after the moment a coward goblin start to cover his head at the middle of ladder, performance meter becomes full of lua, even game is paused.
Nobody moves, everybody just standing.
I think that goblin is stucked between terrible humans. Nowhere to escape.

I cannot play this save anymore.

That is literally an Awesome bug. Also gamebreaking, but I can’t resist the pun.

Heh, welcome to the discourse, @oloklir!

Yes, this is a know (and disasterous) bug. I have no idea if this will help at all, but maybe try taking down the ladder?

Thanks for reply!
I did many things to escape that situation!
Unfortunatly, there is nobody can remove ladder. AI of everybody seems not working at all.
Remaining thing was only to start a new game…

you could use the destroy command to get rid of the ladder,

those steps should work. 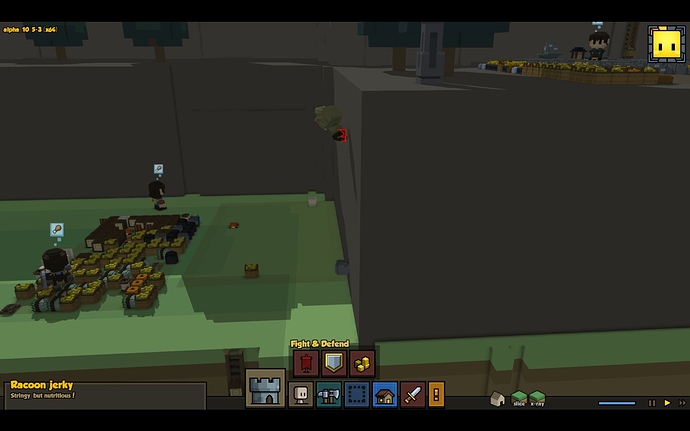 @8BitCrab , thank you. I did your method, and result.

Pretty goblin is still covering his head while FLOATING IN THE AIR.
An item next to goblin also doesn’t drop from mid air…

use the same steps on the goblin, except instead of destroy use kill that should get rid of him.

Okay, I did also “kill” command to goblin.
Howevery lua is still 99.9% and I tried to use “kill” to all goblins in the map and still 99.9%.
Now all is in mystery…
I also tried to destroy my entities… and… killing my lovely hearthlings by command one by one…

Additional load is here now. lua cb. lua 100% + lua cb 40% = 140% now…
additional lua cb 40% is caused by removing a pasture.
I remember some engine errors are caused while fighting against goblins on the pasture and stockpiles.
And I ignored them.
That places will be remembered forever as heroic places.
Eventually, while chasing last 1 goblin, the situation at first screenshot made. 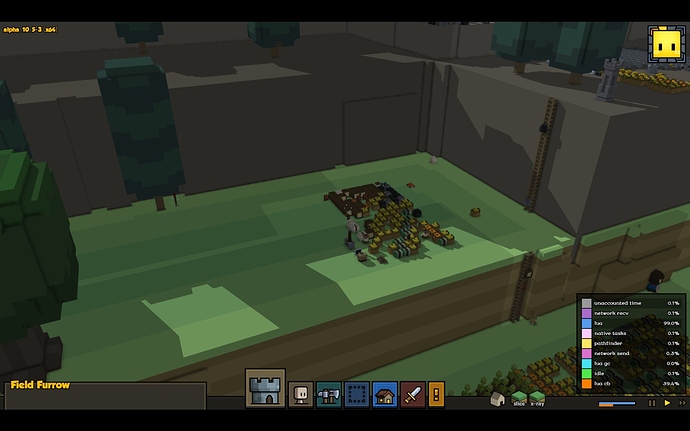 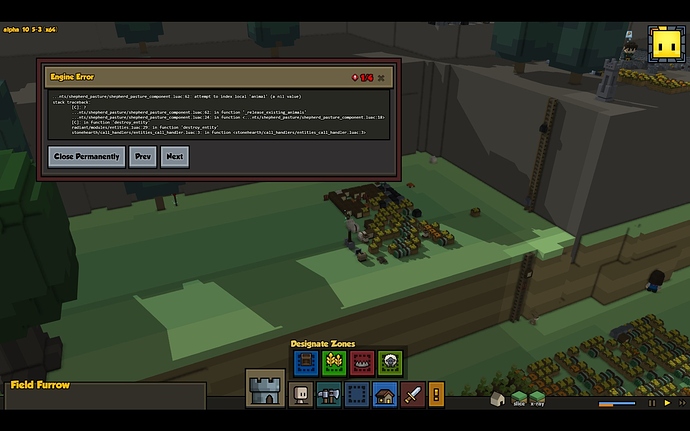 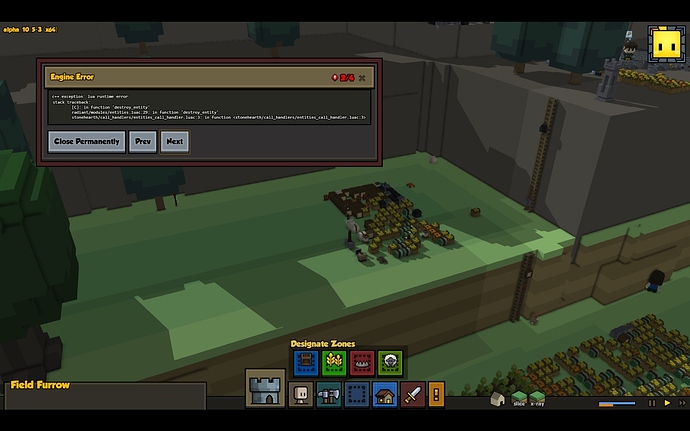 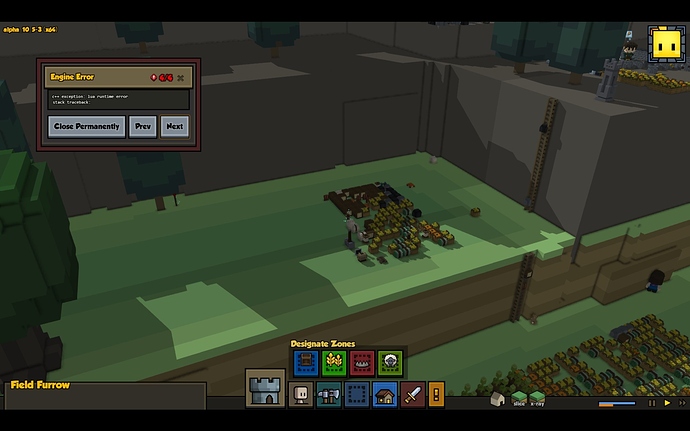 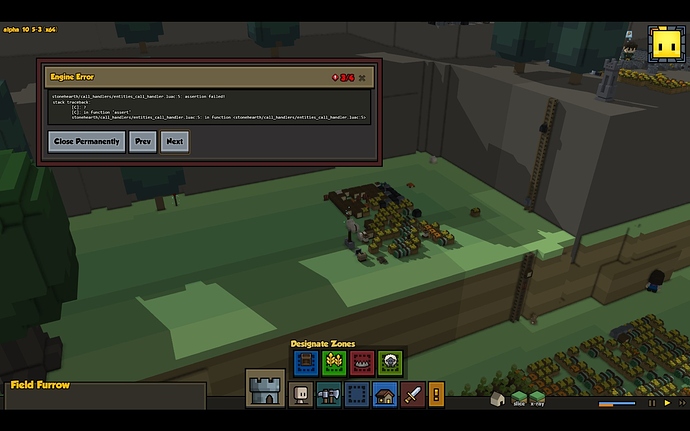