Heroes of the Hearth, An Idea for Multiplayer

(I know multiplayer is not for awhile, but I had a idea that has been dying to be released to the world)
Heroes of the Hearth is a idea that I thought would add to the RPG feel of Stonehearth, while making the multiplayer more in depth. It is a character creator for the game, and it adds more customization to the game. You design how the character would look, you would name him/her and here is the big feature: Special abilities! Your Hero would have abilities that could help you in specific fields. There could be a ability where your hero is a master farmer, so he/she farms faster, crops grow a little quicker, and every farmer works a little faster. A ability where your hero is a master builder, so he/she builds much faster, building require less supplies to build, and every worker builds faster! There could be tons of abilities!

Here is my example of the character create screen (As you can tell, I’m as good as Tom at making splash screens) 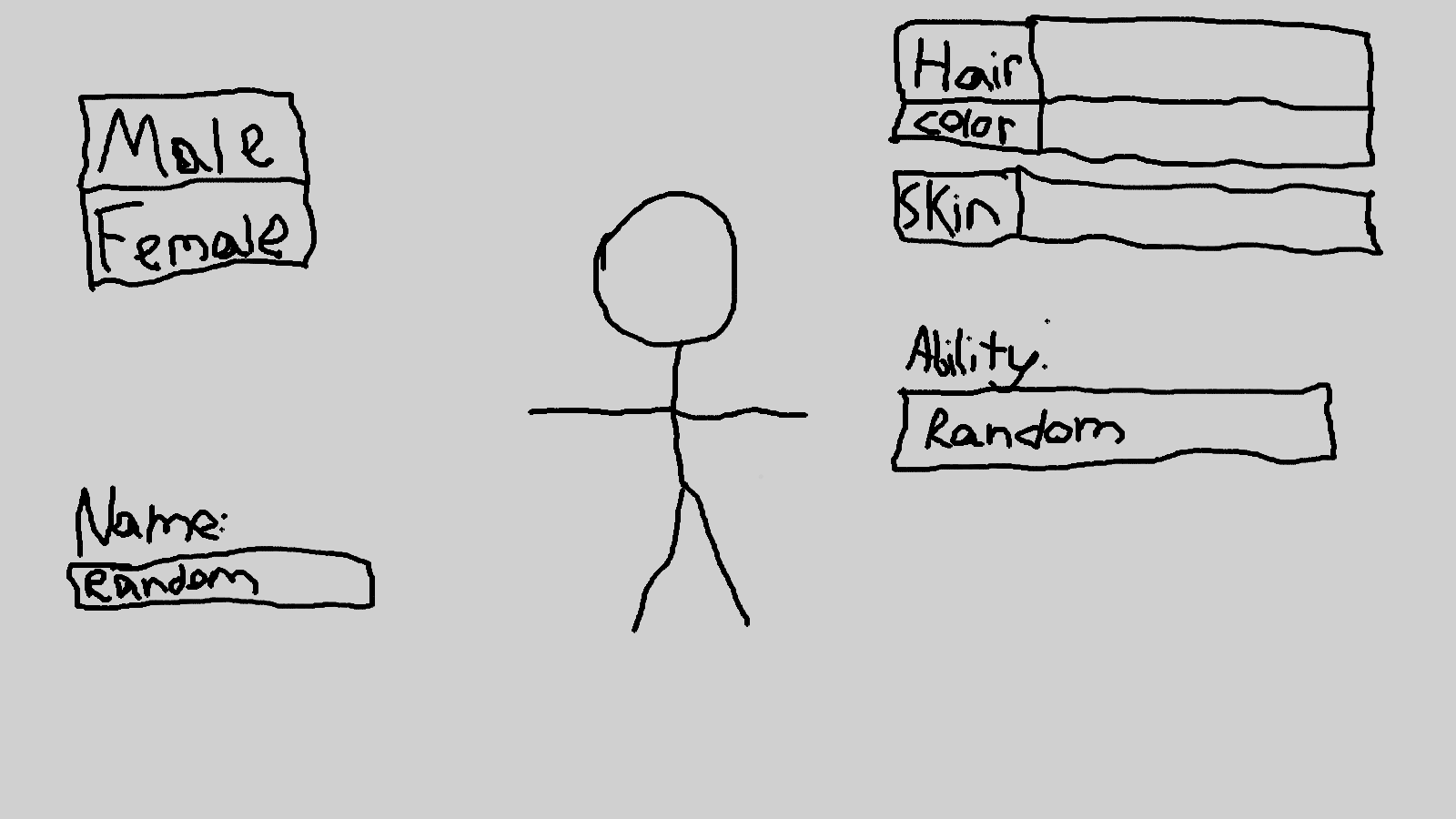 I’ve seen this mechanic used badly, but it would be interesting to see it used well.

Don’t get me wrong, I like the idea of having a hero in your settlement, but how does this actually relate to multiplayer? I see this equally well in regular games? Actually kind of like the avatar of “El Presidente” in the later versions of Tropico…

An idea, that I had reading this was, if it’s a good idea to have this hero from the beginning of the game (kind of as your alter ego), or only get one later. If you have one from the beginning, you might ruin your game if you ever lose him, as then there’s no mechanic to get “another one”. So I think, it would be best to “earn” a hero, who joins your settlement after some time when you reach a certain amount of wealth or so. Maybe this could actually be like an extension to the daily report, but if you have way more than the requirements (I would say especially in “wealth”, or maybe you have a certain amount of one specific item the hero likes), then not just a regular settler wants to join, but a hero wants to join.

Actually, an even better idea (in my opinion) came to my mind: Have heroes join after completing some quest!

Let’s say our beloved, currently slightly overpowered, but incredibly stupid goblin boss with the fancy hat appears. He’s just asking you politely for some supplies, as usual, and when you pay his tribute, he just walks away and lets you live in peace. But when you decide to eradicate his tribe, after the last goblin dies, you get a message, that the goblins apparently held someone hostage, because they were so valuable to the goblins. Now you freed them, and they would like to join your settlement. When you accept, you get some “hero”, who would basically be someone with a special ability in some crafting, e.g. a master farmer, as suggested by the OP. (Obviously it would make sense to not get someone with military skills in this example ;))

This would nicely tie in with the quest system… Maybe a group of soldiers asks you for help fighting an enemy that turned out to be too strong for them alone, and after completion, a hero from their group wants to join you (special ability in the military section). Or some specialized trader would like to buy some amount of materials from you (let’s say bronze ingots), and when you deliver, it turns out, the trader is really impressed with the quality of your goods and would like to join as master blacksmith. You know, things like that. Obviously this would circumvent the character creation in the first place, as those people have to be randomly pre-created…

I got bored, so I made a basic character creation window. 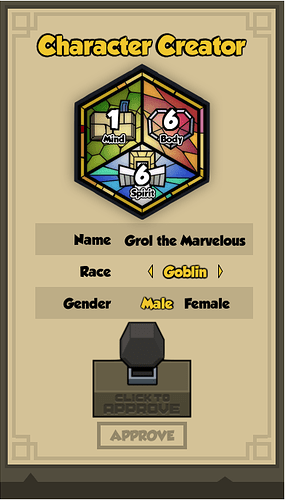 Clicking the character attributes would change them up/down but obviously players would be limited in the number of possible points. This is meant to be displayed on the far left side of the screen - the rest would be focused (zoomed-in on) a hearthling standing in a forest swinging his/her arms or something. I may add the rest of the screen mockup later, depending on whether or not people like this one.

Oh, and I know the text outlines are sort of messed up. I made this using Keynote, which is basically powerpoint for Macintosh computers. Not the best illustration tool.

You sir, put my example to shame! Good job!