Summary:
Placing snow covered windows in fee standing walls can give a little trouble. It appears that the side that shows the snow on the window is depending on the direction of how you drew the free standing wall. turning a blueprint does not change this.

Expected Results:
window turning with snow towards the oudside
Actual Results:
snow side on the inside of the build

Notes:
I suppose its very hard for the game to determen what is inside and what is outside of a building. But perhaps turning a window like other items could help out. 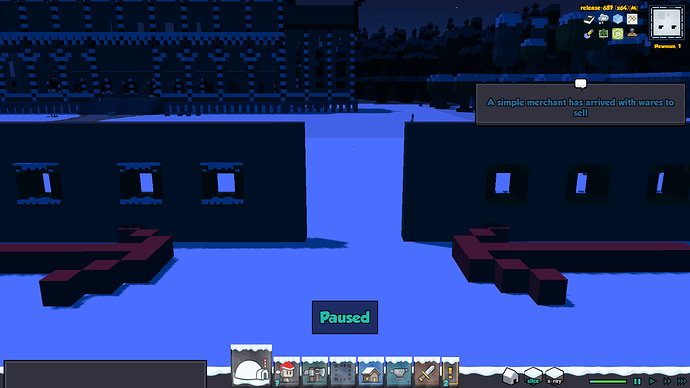 The only way to resolve this specific use case would to have snow on the inside ledge, as well as the outside ledge. Which would make sense on a single wall like this, but not on a house.

It is basic stonehearth related, but only because the mod is an unusual use case.

There is nothing that we can do to resolve this, other than create a window specifically for standalone walls, but then we’ll have bug reports that some buildings have snow inside them!

it was just for show, not for use in single wall. Just did not want to place an entire house. Was just wondering if there was something (now or the future) that windows could be turned

That’s another limitation from the build system in Stonehearth. You cannot flip a window. Hopefully they will add this function at some point because it’s pretty annoying. I can see a lot of other modded content a.k.a (windows, doors) decorated in a way that they should only face one direction and right now it’s not possible to make sure it’s facing the right way.